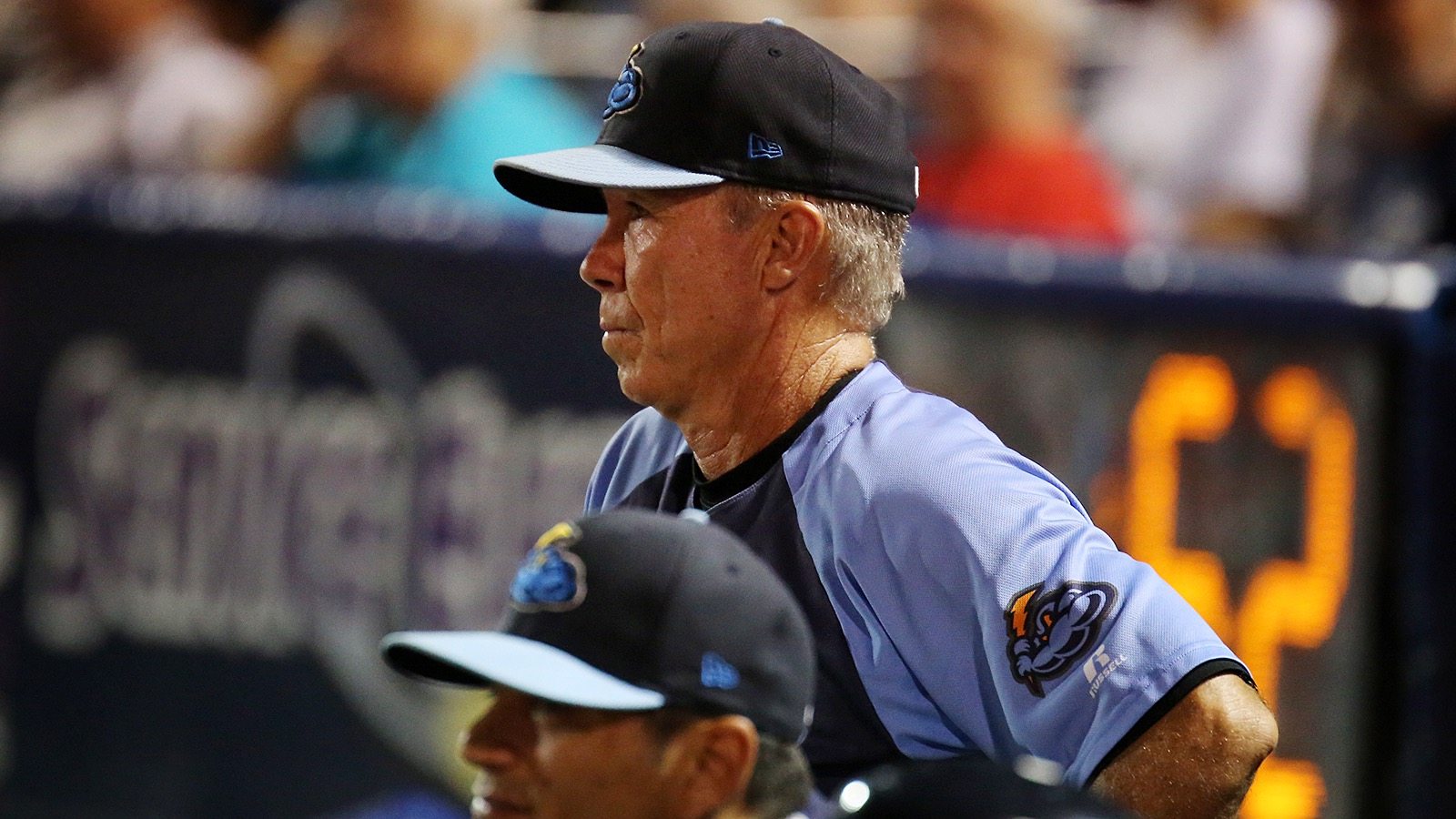 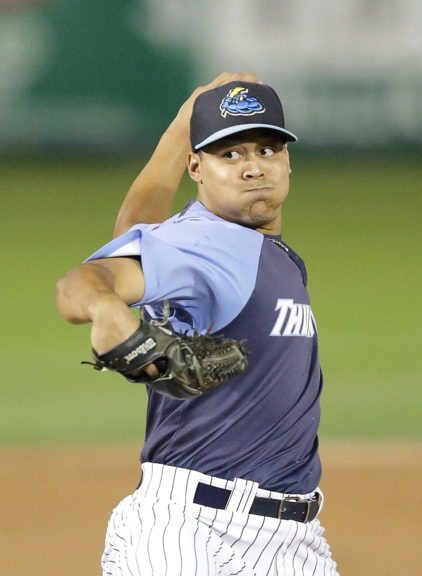 Justus Sheffield delivers a pitch against Akron in game 3 of the ELCS on Friday night at ARM & HAMMER Park. Photo by John Blaine

Akron was 56-59 and pretty much out of the postseason equation in early August. The Ducks stunningly heated up and won 21 of their final 26 regular season games and clinched the division title on the final day of the season. As improbable as that run was, they were the hottest team going into the dance and they carried that over into the postseason with series wins over Altoona and Trenton.

Trenton won 10 more games than any team in the West and had just slayed the proverbial dragon with an emotional series victory over the Reading Fightin’ Phils. The path to the title was paved and the only roadblock was a 77 win team standing in their way.

Manager Bobby Mitchell was hoping that his suddenly stagnant offense would awaken on Friday night in-time to stave off elimination and salvage their season for at least one more game.

After both teams held each other hitless over two innings, Akron opened the scoring in the third inning on an RBI groundout from right fielder Jordan Smith to take the 1-0 advantage. They would never look back.

Thunder starter Justus Sheffield, a former Indians prospect, had struggled in his first two Double-A outings. He had allowed 15 base-runners (10 hits, 5 walks) in 8.1 innings since being promoted to Trenton. With the season on the line, Sheffield struggled with command, allowing four walks along with 2 hits in 4.1 innings on Friday.

After retiring the ninth hitter in the Akron order, Ivan Castillo, to lead-off the fifth, Manager Bobby Mitchell pulled Sheffield in favor of rehabbing big-leaguer, Anthony Swarzak. The first batter he would face, speedster Greg Allen, would reach on an infield single to second base. He promptly swiped second and third base and would score on a sac-fly  by Eric Stamets to put Akron ahead, 2-0.

Catcher Sebastian Valle would answer back in the bottom half of the frame as he blasted a two-out solo homer to left field off of Nick Pasquale to bring the Thunder deficit to just one run.

Trenton squandered another golden opportunity in the sixth inning. After left fielder Michael O’Neill led off the frame with an infield single, shortstop Tyler Wade’s slow rolling groundout allowed O’Neill to round second and successfully take third base on a close tag play. With the tying run on third with just one out, neither Dustin Fowler or Miguel Andujar could drive home the run for the Thunder.

“We had a chance to tie it and we couldn’t take care of it,” said Mitchell. “It would have been fun to see what would have happened after that if we would have tied it.” 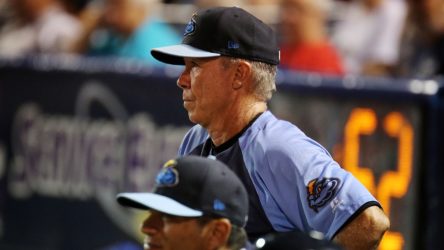 It turns out that would be the last opportunity that Trenton would have to save their season. Akron would not allow another base runner over the final three innings. Louis Head would strike out Andujar on three straight pitches to seal the championship victory. The entire team stormed the mound and celebrated in triumph.

Catcher Eric Haase was named the ELCS MVP, who hit a crushing grand slam in game 1 that seemingly shifted all of the momentum in the series to the way of Akron.

RubbderDucks starter Nick Pasquale was stellar; he went 5.2 innings and allowed just four hits over his outing. The 25-year old right-hander had allowed just two earned runs over his last 21.2 innings heading into his start on Friday night.

“We had a great group of guys since the beginning of the year,” said Wade. “We stuck together all year and grinded it out. We fell a couple of games short but I think it was a Hell of a year for all of us. It was a great team to be a part of and I wouldn’t have it any other way. We were hungry from game one; Akron is a really good team and they played us well, we just fell a couple of games short.”

As the loud celebration in the visitors clubhouse echoed through Mitchell’s clubhouse during his postgame press conference , Mitchell reflected on what went wrong for his team.

“That was a tough loss, it is a tough way to lose,” admitted Mitchell. “Especially after the last series that we had and beating the team with the best record, and then to get swept, that is really hard to swallow.”