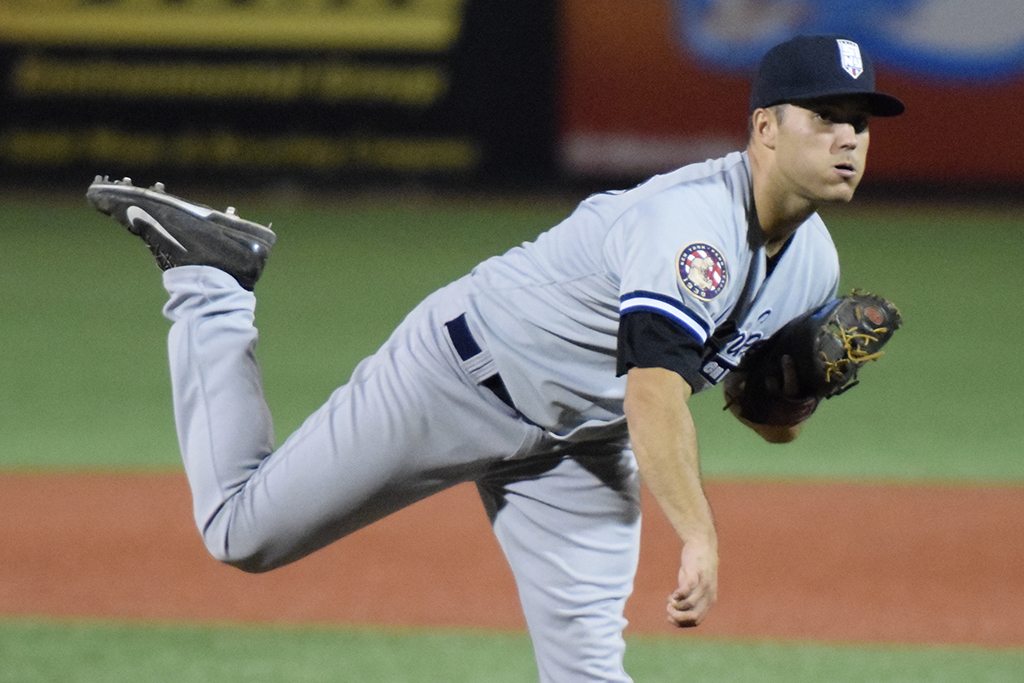 One of the most difficult challenges for any person upon entering college is choosing a career that makes true difference in the world. Few of those professions take on any inherent meaning and serve simply to make ends meet. Alex Robinett, a graduate of West Point Academy finds himself in a unique position as a both a pitcher in the New York Yankees farm system and a second lieutenant in the United States Army fighting his own war at home and accomplishing lasting feats greater than himself.

Since restoring the tradition of playing exhibition games at West Point, the Yankees have built a unique relationship with the school, leading them to selecting Robinett in the 32nd round of the 2015 First Year Player Draft. Robinett impressed scouts by tossing the 5th no-hitter in school history as a senior and nearly matching Stephen Strasburg‘s Division I single game strikeout record. But the bullets fired by Robinett on the mound pale in comparison to ones he fires in his military training in Fort Sill, Oklahoma before he eventually becomes a member of the 82nd airborne in Fort Bragg, North Carolina. Military combat runs in Robinett’s family since both of his grandfathers each served our country.

After completing his academic education last spring, Robinett worked out an agreement where he can go on military leave to pursue his baseball career, but still must serve five years of active duty. Robinett would only have to serve two years in service in the event the Yankees offer him a major league contract. “I want to be part of something bigger than myself,” Robinett said to the New York Post. “I always told myself when I was younger, if baseball hadn’t worked out, I would join the military. Going to West Point, I could join the military and play baseball.”

Last summer, Robinett made 16 appearances out of the bullpen between the Pulaski Yankees, Staten Island Yankees, and Charleston River Dogs, striking out 26 batters in 23.1 innings of work before receiving the call from the army on August 17th. Robinett was subsequently placed on the military list with the Charleston RiverDogs as he looks to fight the battles which extend beyond the pitcher’s mound.

With Veteran’s Day upon us we are reminded about the sacrifice and efforts made by those who serve in the armed forces to protect our freedom and fight for a worthy cause. Robinett’s story transcends the baseball diamond because he is not only risking his life but he pursuing both a dream and following in the footsteps of his family to preserve our way of life. Robinett takes the lessons he learned from his family since spending the first 14 years of his life in Saudi Arabia and using it to shape his life both on the field and in artillery, while understanding the true meaning of life and death.