All-Star Trio Set to Represent the Yankees in Cleveland

During Sunday afternoon’s ESPN All-Star Selection Show, it was announced that Aroldis Chapman will join teammates Gary Sanchez and DJ LeMahieu on the 2019 American League roster. Sanchez will start the Midsummer classic behind the plate, while LeMahieu gets the nod as the top fan-elected second basemen in the junior circuit on July 9th.

The duo of Sanchez and LeMahieu mark the first season in which New York has had multiple position players start the All-Star Game since Robinson Cano, Derek Jeter, and Curtis Granderson were elected to start in Kansas City back in 2012. 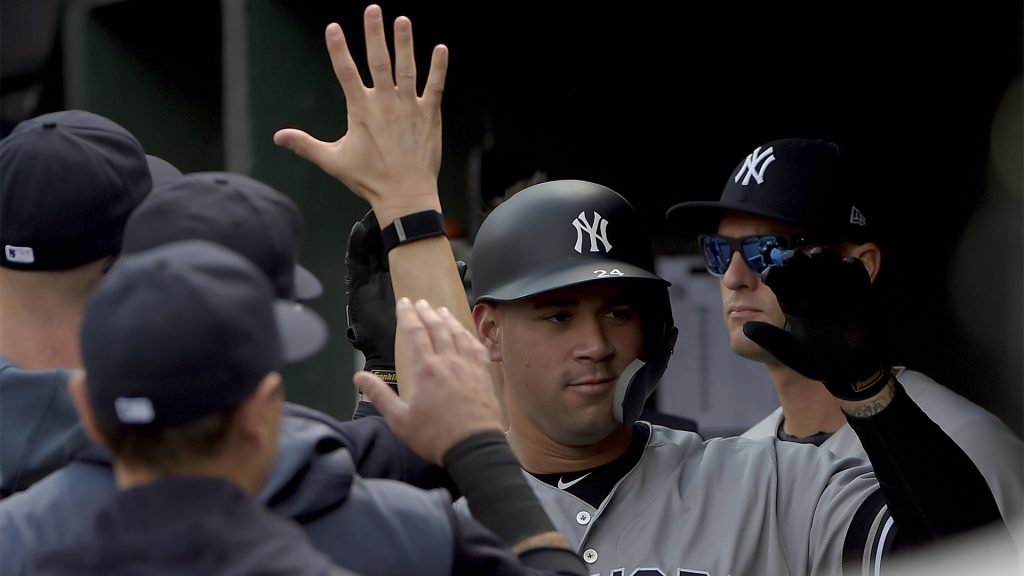 Sanchez has enjoyed a tremendous rebound season in 2019 following a very disappointing campaign last season, earning his second All-Star selection (2017). Sanchez was quoted in saying “comparing this year to last year, it’s the result from the hard work that I put in going back to the last offseason. In a way, it tells me that bad year from last year is well behind me.”

‘The Kraken’ is back to being what some call the most complete hitter on the Yankees. He is slashing .266/.332/.607 with 23 home runs. His home run total ranks seventh in all of baseball and second in the American League. His 23 round-trippers are the most by a Yankee catcher before the All-Star break since Yogi Berra hit 18 homers in 1956 and becomes the first Major League catcher to hit 23+ home runs prior to the Midsummer classic since Atlanta’s Javy Lopez in 2003.

The Dominican native was invited back to participate in next Tuesday’s T-Mobile Home Run Derby but declined in favor of resting his surgically repaired right shoulder. 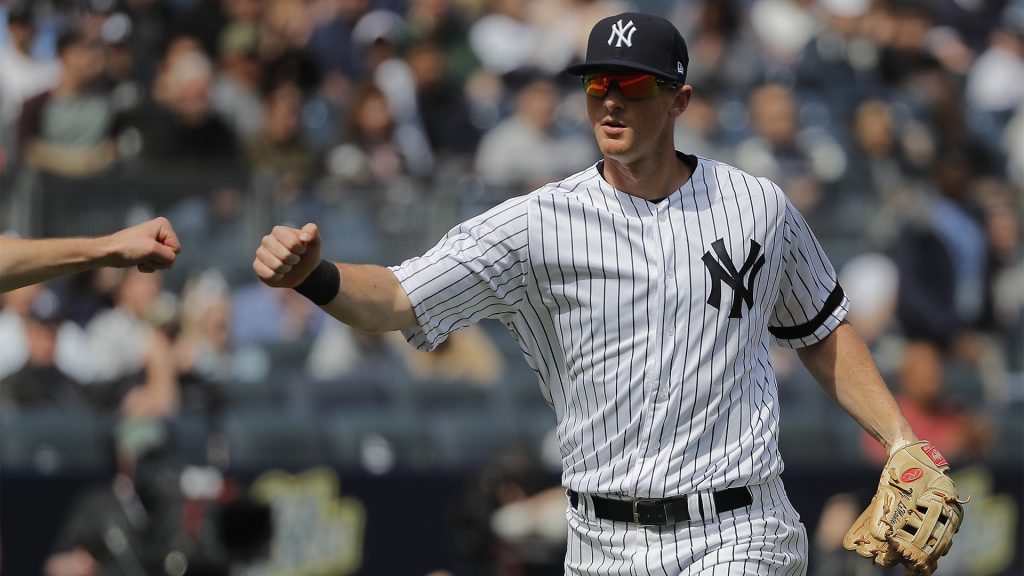 The reigning American League Player of the Week has played himself into early Most Valuable Player talks by dominating in his first season in pinstripes. On Saturday’s contest in London, the versatile LeMahieu recorded his fifth consecutive multi-hit game.

LeMahieu’s 34 multi-hit games tie him with Arizona’s Ketel Marte for the Major League lead and places him one behind the all-time Yankee record of 35 in the first half that was set by Alfonso Soriano in 2003.

The California native also leads the Majors in hits (105) and batting average (.342), and batting average with runners in scoring position (.486). This will be his third All-Star Game appearance (2015, 2017 with the Colorado Rockies) but his first start.

The flame-throwing ‘Cuban Missile’ brings his world-class heater back to the All-Star bullpen for a sixth appearance. He was elected to four straight All-Star games when he was a member of the Reds from 2012-2015 and is slated to make yet another back-to-back appearance following his 2018 All-Star campaign that saw him make the AL roster in Washington, D.C.

Chapman’s 23 saves rank him first in the American League and tied for second in the Majors. He has now earned 20 or more saves in eight consecutive seasons and is one of 31 relievers with at least eight straight 20-save seasons.

The AL “Reliever of the Month” in May already has had a string of 17 games where he did not allow an earned run and recorded at least one strikeout in 27 straight appearances thus far in 2019. His career 14.84 K/9 ratio places him atop the all-time record books for any pitcher since 1900 with a minimum of 300 innings pitched.

Missed It by That Much!

Gleyber Torres, Luke Voit, Gio Urshela, and outfielder Aaron Judge made it as top three finalists at their respective positions but fell short in the final round of the inaugural Google MLB All-Star Starters Election.

Most notably, Torres and reliever Adam Ottavino were extremely well-positioned to make the AL roster due to their terrific seasons but didn’t make the cut on the reserves and pitcher’s ballots that is determined by the player ballot and Major League Baseball Commissioner’s office.