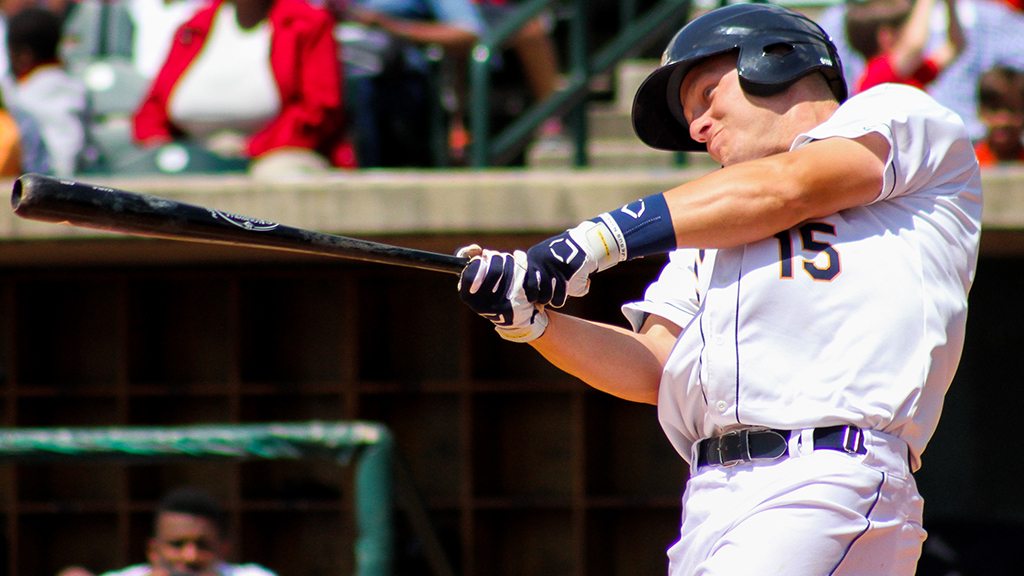 COLUMBIA, SC– Trey Amburgey ripped a pair of doubles and went 3-4 as the RiverDogs were handed their third loss of the season in a 13-1 defeat to the Columbia Fireflies on Monday night at Spirit Communications Park.

With the loss, Charleston (9-3) remains in first place in the Southern Division standings with a three game cushion over the Fireflies (6-6).

Columbia was in control right from the start, jumping out to a 1-0 lead on an RBI double by Vinny Siena in the first inning. The Fireflies tacked on two more in the third on a sac fly by the third baseman David Thompson and a run scoring single by Dash Winningham to drive the RiverDogs starter, Anyelo Gomez, from the ballgame.

Gomez (0-1) exited after 2.2 innings of work allowing three runs (all earned) on four hits with three walks and five strikeouts.

Columbia added runs in the fifth and sixth to extend their lead to 5-0 before the RiverDogs got a run back in the seventh frame. The Lake Worth, FL native, Amburgey, ripped the second of his two doubles to lead off the seventh inning and finished the night going 3-4 with a run scored. After advancing to third on a wild pitch, Amburgey scored on an infield single by Chris Gittens to make it 5-1.

In the eighth inning, Columbia piled it on, sending 13 batters to the plate in route to an eight-run, five-hit inning with a pair of RiverDogs errors assisting Charleston’s in-state rival in the merry-go round frame. It was the most runs given up by the RiverDogs in a single inning this season, and the 13 total was also the most scored against RiverDogs pitching this year.

Charleston committed a season-high four errors in the loss and fell to 3-2 on the season in South Carolina’s version of the Subway Series against the Class-A affiliate of the New York Mets.

The RiverDogs continue the series with the Columbia Fireflies at 7:05pm on Tuesday night. The RiverDogs will send LHP Josh Rogers (1-1, 2.45) to the hill while the Fireflies will counter with RHP Chase Ingram (1-0, 1.80). Fans can tune in on WTMA 1250 AM in the tri-county area as well as online at riverdogs.com. Ticket information for any of the RiverDogs remaining home games this season may be secured by contacting the box office at (843)577-DOGS (3647) or online at www.riverdogs.com.