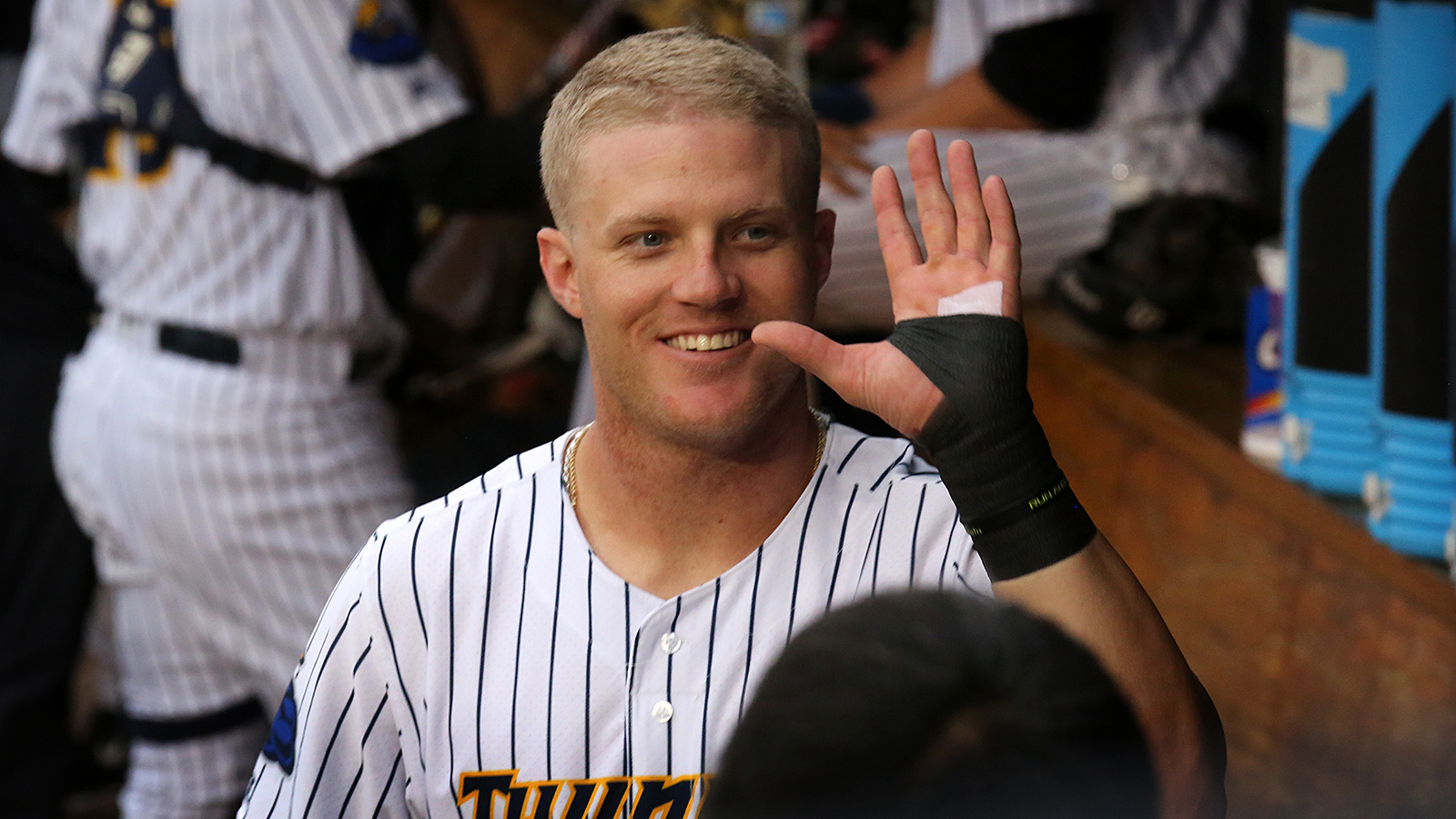 Trenton Thunder’s Trey Amburgey during a game against Hartford in Trenton on Tuesday, August 21, 2018. (Photo by Martin Griff)

Throughout the month of September, we have hosted various polls on Pinstriped Prospects so that our readers may help us name the top players throughout the system during the 2018 season.  The fans have spoken and named outfielder Trey Amburgey as the 2018 Trenton Thunder player of the year.

Amburgey won with 41% of the vote, eating out Brian Keller who had 34$ and Jordan Foley who had 11% of the vote.

In this article:Awards & Honors, Trey Amburgey