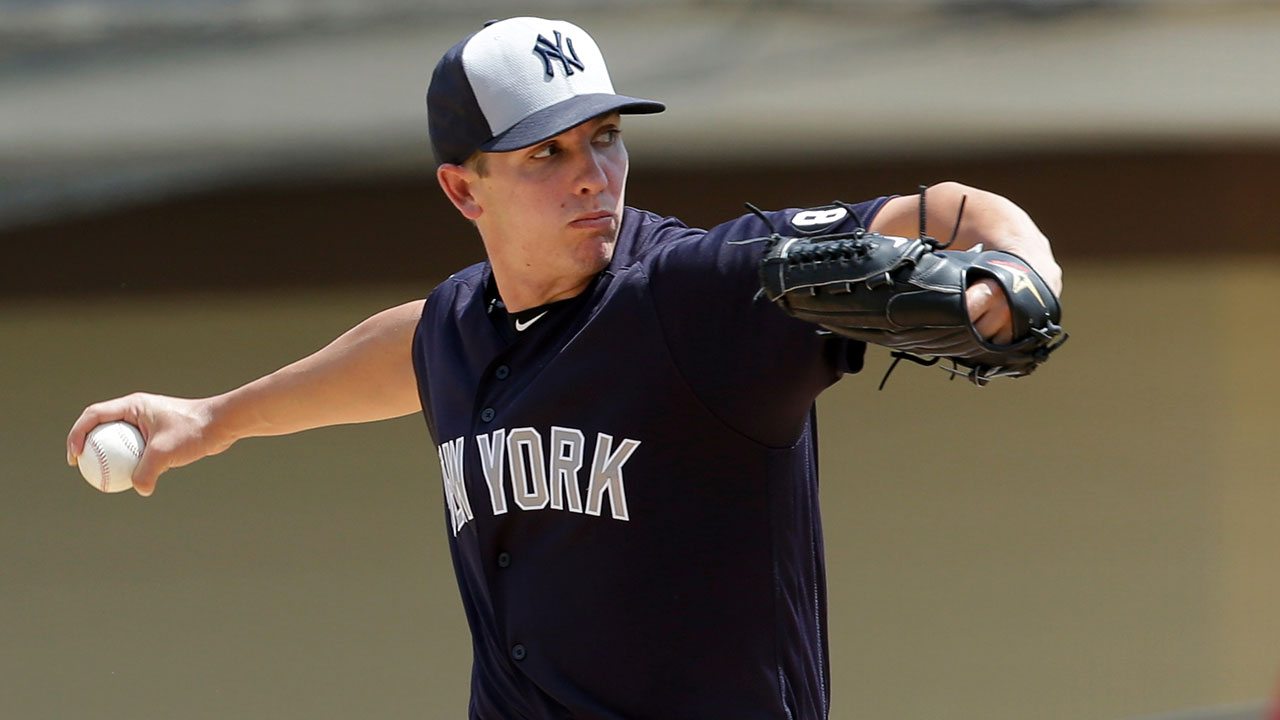 Due to last night’s 18-inning marathon against the Chicago Cubs, Chad Green was recalled by New York from the Scranton/Wilkes-Barre RailRiders (Triple A) for bullpen depth. Tonight in Scranton, Daniel Camarena will make Green’s scheduled start. In two other corresponding moves, New York transferred Rob Refsnyder and Kyle Higashioka to Scranton/Wilkes-Barre.

Trenton had two other roster moves today. Dante Bichette Jr. was placed on the 7-Day Disabled List with a left quadriceps injury, and Matt Snyder was called up from Tampa. In 22 games (71 at bats) for the Yankees, Snyder hit .239 with three home runs, 11 RBI’s and drew five walks.

Anyelo Gomez earned a promotion form Charleston to Tampa after striking out 23 batters in just 14 innings and posting a 1.93 ERA. The 24-year old hard throwing right-hander converted all seven of his save opportunities this season for manager Pat Osborn. Raynel Espinal has been transferred to Charleston from Extended Spring Training to replace Gomez on the roster.

Ben Ruta who was also transferred from Extended Spring Training, will be joining Espinal in Charleston. When Ruta enters his first game, he will make his debut at a full season affiliate. The outfielder spent all of his first season in professional baseball in Staten Island (Class A – Short Season) and Pulaksi (Rookie). To make room for Ruta on the roster, Leonardo Molina was transferred to Extended Spring Training.

In other news, it was announced that Chance Adams was named to MLB.com’s Top 100 Prospect List with the recent graduation of Pittsburgh Pirates pitcher Tyler Glasnow. He is 4-0 with a 0.64 ERA over five starts for the Trenton Thunder.