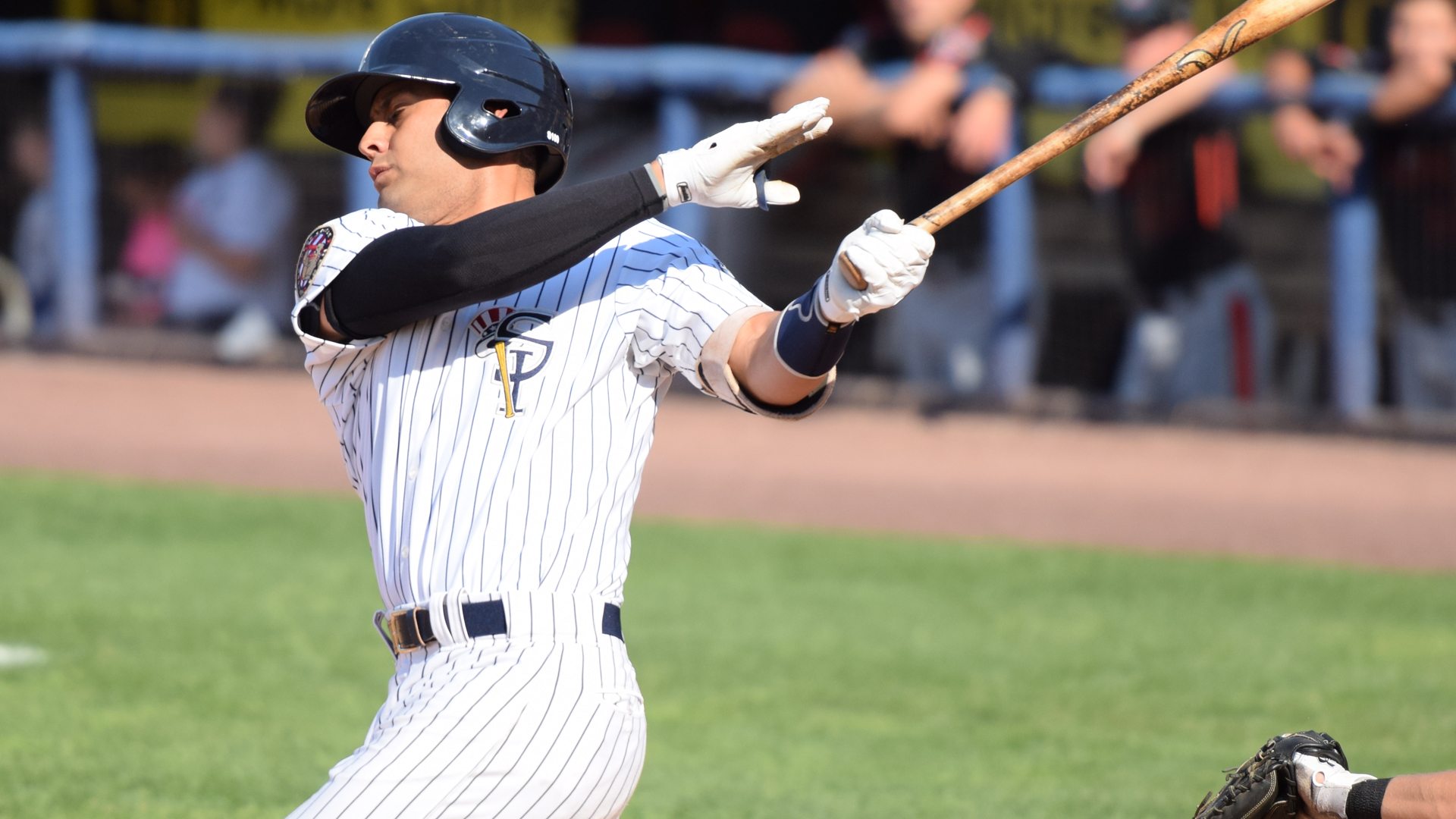 BROOKLYN, N.Y. – Less than one month ago, Marty Anderson was a member of the Florence Freedom of the Frontier League. A few weeks later, Anderson found himself pitching for the Brooklyn Cyclones, where he stymied the Staten Island Yankees for five innings on Wednesday, allowing one run on five hits to take the three-game series with a 3-1 victory.

“I tried to be aggressive in this start,” Anderson said. “I really wasn’t around the zone as well as I wanted to be, but everything worked itself, and that’s exactly what I did. There’s been a big adjustment going from the Frontier League, where the strike zone was actually tighter. It’s a nice experience that I am doing this well at the beginning of my career in affiliated ball.”

Anderson, who had similar success in a ten strikeout performance over Staten Island in his debut on July 7, provided an impressive encore, working his way out of jams and changing speeds when needed. The lone tally off Anderson came when Oswaldo Cabrera led off the game with a double and eventually scored on a Dom Thompson-Williams ground out to third base. Staten Island placed runners in scoring position against Anderson in both the second and fourth innings but were unable to contribute further.

“Every time we attack the hitters, we have good results,” Alfonzo said. “This is what is it all about in this game. You need to throw first pitch strikes to have success, and that’s what we did. Our pitching has been doing a great job lately, and we are hoping it continues. When Anderson is dominant, he is tough, and it’s pretty good when your starter goes five innings.”

Jorge Guzman took the mound for Staten Island looking composed and confident, pitching four shutout innings. He primary used his fastball to set up his breaking pitches to find success against his opposing hitters. The sequencing had particular effectiveness when Jose Miguel Medina struck out swinging, and Reed Gamache went down looking with two runners on base in the first inning. Guzman remained in control, notching six strikeouts and lowered his ERA to 2.48 in his third start against Brooklyn.

“He is learning how to pitch,” Staten Island manager Julio Mosquera said. “He is utilizing all of his stuff out there, so that is good to see from a young pitcher. The main thing is that he competes. He gives us everything he has out there, and there isn’t really more you can ask him to do when he keeps us in the game and gives us a chance.”

Fordham product Greg Weissert picked up Guzman in the fifth inning and quickly escaped a first and second, nobody out situation unscathed with consecutive ground ball outs. Brooklyn solved Weissert in the following inning and claimed the lead with on consecutive singles from Scott Manea and Edgardo Fermin to take a 2-1 lead. Leon Byrd added a late insurance run on a bases loaded hit-by-pitch in the eighth inning. Weissert went 3.2 innings, allowing four hits and three runs to take the loss.
“He has been doing a terrific job all year,” Mosquera said of Weissert. “He is coming in and throwing strikes and doing his job when he comes in. I couldn’t be more pleased with the things he did tonight. We are going to have games where we don’t score too many runs. This is baseball, and sometimes in this game, you don’t score enough runs, and you have to move on to the next day.”
Staten Island finishes their six-game road trip with split and will return home on Thursday to face the Hudson Valley Renegades. Their next meeting against Brooklyn takes place at home on August 25 in a weekend series, before they reconvene for the final two games of the New York-Penn League season two weeks later. The cross borough rivals have met eight times this season with each side winning four games.
In this article:Brooklyn Cyclones, Edgardo Alfonzo, Eduardo Fermin, Game Recaps, Greg Weissert, Jorge Guzman, Julio Mosquera, Leon Byrd, Marty Anderson, Minor League Baseball, Oswaldo Cabrera, Reed Gemache, Scott Manea, Staten Island Yankees, Staten Island Yankees