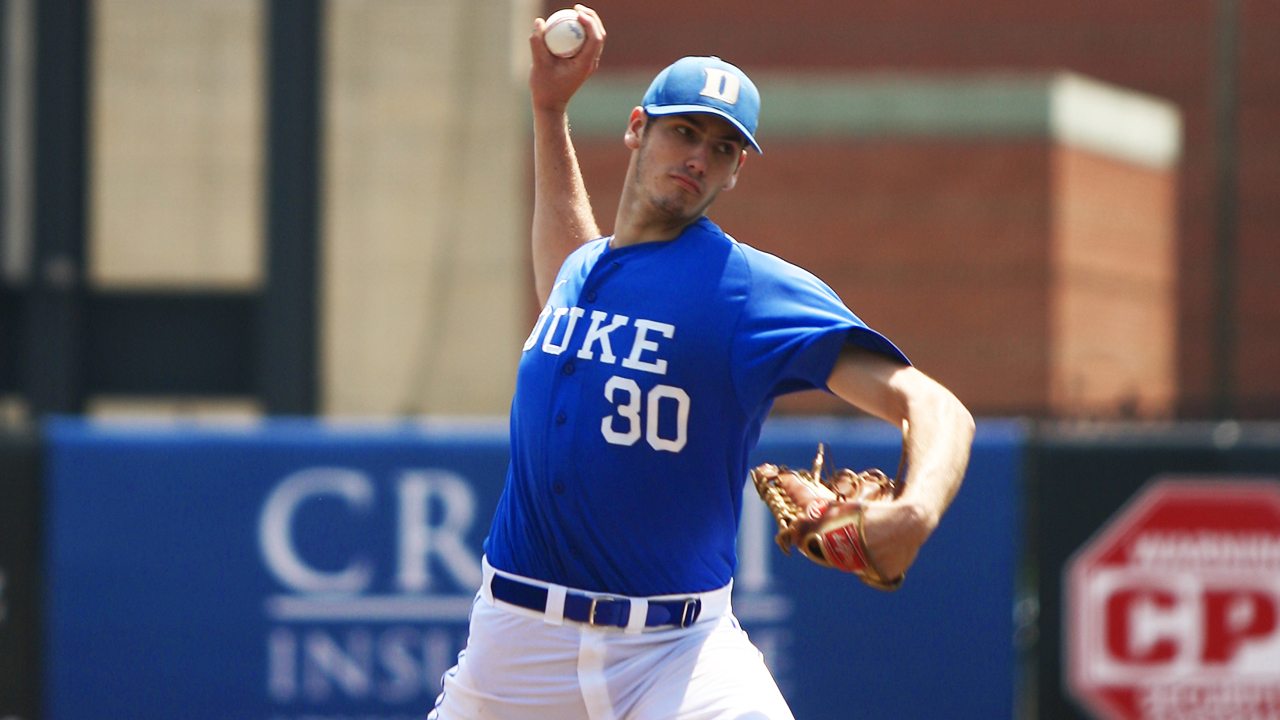 Could Michael Matuella fall to the Yankees in 2015 MLB Draft? (Darbi Griffith / The Chronicle)

Michael Matuella had Tommy John Surgery last week.  This marks the 2nd top 5 arm that had Tommy John surgery within the last two weeks following Brady Aiken having the surgery.  With all of the top arms now falling and other draft prospects getting hurt it appears that the Yankees will have a good amount of options to take a high risk high reward player with their top two picks.

But while this is potentially going to help the Yankees it also is making this draft class appearing to be one of the worst draft classes in recent memory.  With less high school talent getting to college when there are multiple top guys getting hurt it really hurts the class.  This is also a year when there isn’t a lot of elite high school players coming in also which has affected this draft class.

While you will hear draft pundits talk about how bad this class is right now that can still change as there is two months to the draft.  Some high school pitcher who was a borderline first round talent will probably hit 98 this weekend or sit 94-96 and start getting some draft helium.  Also there have been draft class before that appeared bad but five years later are actually pretty average.  As Kiley McDaniel talks about the first 20 picks really determine a draft class because after that most classes are pretty similar.  For the Yankees sake hopefully this is a good draft as the farm system can use some high end talent still.