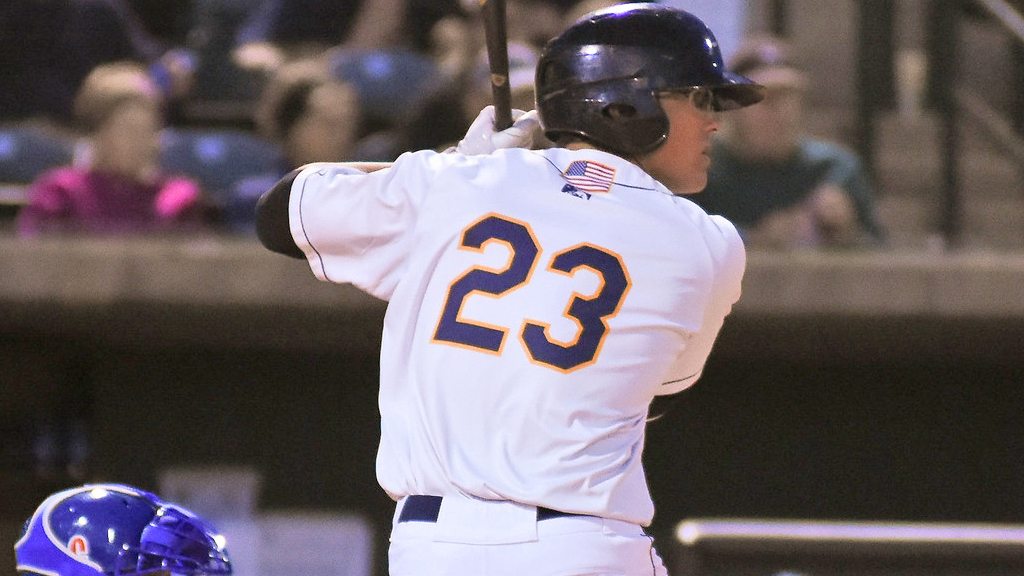 Behind the strong pitching of starter Brandon Gold, the Asheville Tourists defeated the Charleston RiverDogs 3-1 in game two of their four game series at Joe Riley Park.

Asheville scored all their runs in the fourth inning after Charleston starter Brian Keller (2-1, 3.78 ERA) had recorded the first two outs of the inning. Colton Welker fought off pitch after pitch with two strikes before belting a ball to deep center field over the head of Estevan Florial. Keller then lost the strike zone and walked Tyler Nevin and Willie Abreu to load the bases. Max George followed with a hard shot to Angel Aguilar at third down the line he couldn’t handle for an infield hit that scored Welker for the first run. Jacob Bosiokovic then flared a double down the opposite foul line to right that scored Nevin and Abreu for the second and third runs.

In the sixth, the RiverDogs broke through against Gold in the sixth with two outs. After Hoy Park walked, Blake Rutherford hit a double to the right center field gap that split the outfielders and scored Park from first to make it 3-1 Tourists. That would be the extent of the offense for the night.

The RiverDogs did have some offense opportunities, but were wiped out by base running errors. In the bottom of the first, Rutherford hit a ball to right field that was caught for an out. On the play Florial went to third and Park went to second. However, Asheville appealed to first saying Park left early and he was called out to end the inning, killing an opportunity for the Dogs with runners on second and third with two outs. In the bottom of the fourth, Park singled to lead off the inning. Rutherford singled to right field, and Park went to third and while rounding third, he fell down, allowing Asheville to tag him out in a rundown. That snuffed out an opportunity for the Dogs to have runners on first and third with one out.

“I thought we took some good swings, we just made some mistakes there on the bases that cost us a chance to score some runs. But that’s gonna happen, that’s part of this, that’s how we teach and we move on and look forward to tomorrow,” RiverDogs manager Pat Osborn said.

Keller looked impressive except for that fateful fourth. He struckout nine Tourists in six innings and only allowed one hit outside of the fourth. “He threw the ball really well. In the fourth inning, it looks like he lost his command a little bit. He got a couple of runners on and maybe he was trying to be too fine. He had really good stuff tonight, threw the ball really well. Other than that hiccup in the fourth, it was a really good start,” Osborn said.

Raynel Espinal came in to relieve Keller and pitched three impressive innings out of the bullpen for Charleston, notching five strikeouts and not allowing a hit or a walk.

The RiverDogs drop to 9-7 on the year and face Asheville (7-9) on Saturday night in Charleston.