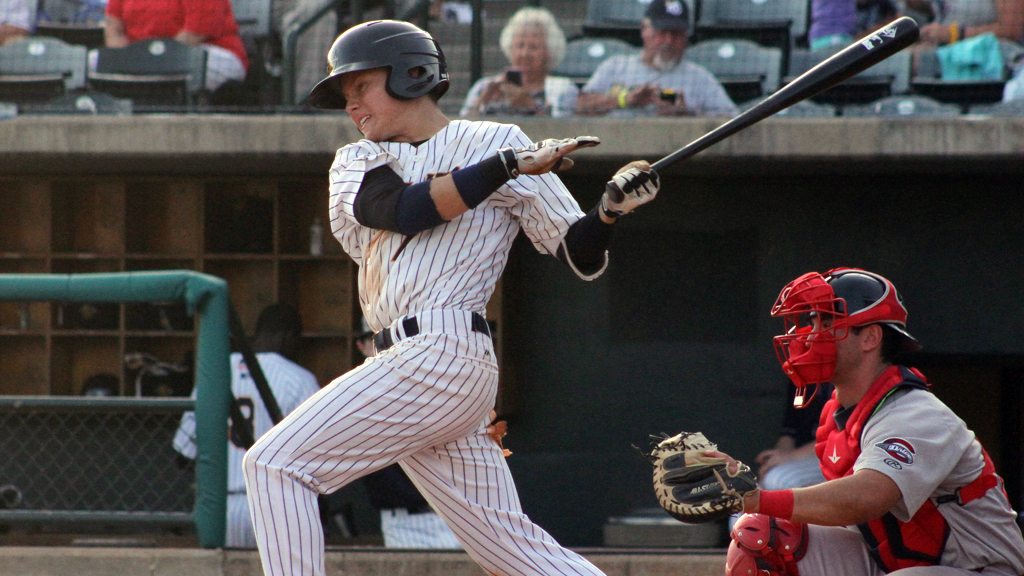 The Jackets went to work right away scoring two runs in the first and second innings. In the first inning, Kelvin Beltre would score Ashford Fulmer with an RBI ground out to second base. The GreenJackets would plate their second run when Green balked with Skyler Ewing on third to make it 2-0.

In the second inning, Michael Bernal and Johneshwy Fargas would lead off with singles that both landed in right field. Fulmer then doubled into the right field corner to drive in both Bernal and Fargas to make it 4-0 Jackets.

Augusta would break the game open in the fifth with a seven run outburst. Ewing, Vizcaino and Heyward all singled to right field to load the bases against Green. Brandon Van Horn singled up the middle to score Ewing for a 5-0 lead to knock Green out of the game. RiverDogs manager Patrick Osborn inserted Matt Frawley into the game and Michael Bernal singled to right field against the drawn in infield to make it 6-0. After Fargas hit a grounder to Brandon Wagner who cut down the run at the plate, Fulmer singled to left field to plate Van Horn and Bernal to make it 8-0. Angomas grounded out to third to score Fargas to extend the lead to nine. Ewing delivered the final blow by lining a double into the left field corner to score Fulmer and Beltre to make it 11-0.

Fulmer ended up going 4-for-5 with four RBI and scored two runs for Augusta.

“(Mazza) threw the ball really well. It’s one of those games where you run into a buzzsaw a couple of times a year. The last couple games we’ve been on the other side. It’s been a while since we’ve been on the losing side of one of these games. It’s going to happen again. We got to get through it and tomorrow is a new day,” RiverDogs manager Patrick Osborn said.

Green ended up giving up eight runs, all earned, on 11 hits while walking one and striking out one.

The RiverDogs drop to 7-3 on the second half and 41-39 overall while Augusta improves to 5-6 for the second half and 28-48 overall. The two teams conclude their four game series tomorrow evening at Joe Riley Park which is slated for a 6:35 PM start.