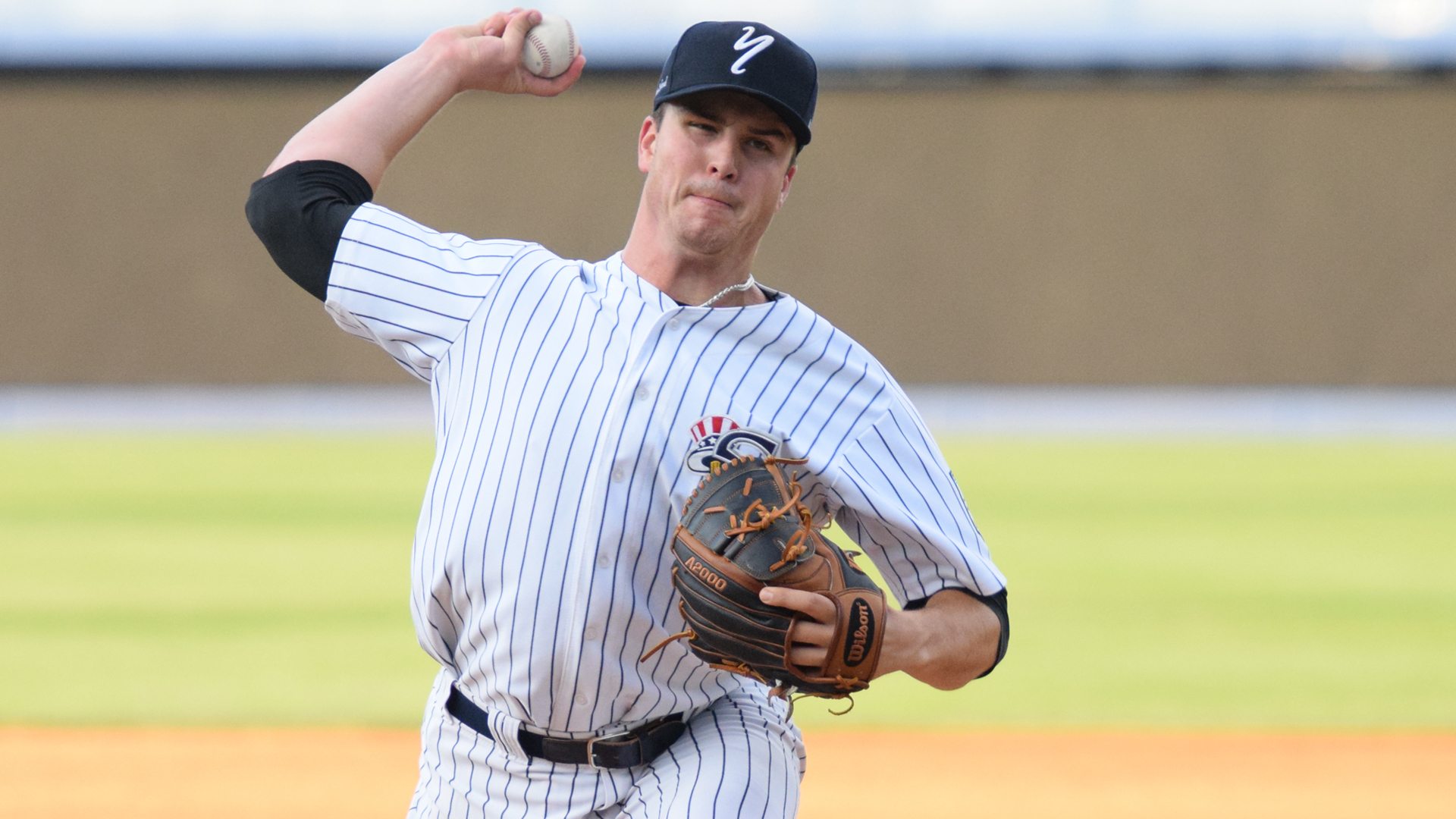 Playing professional baseball at the minor league level presents its set of unique challenges and obstacles. For many pitchers, the most taxing barrier is the seemingly endless recovery from Tommy John Surgery. Entering his fourth professional season in the Yankees organization, pitcher Austin DeCarr continues his rehab from the surgery after making a successful return to the mound last summer.

DeCarr, a third-round selection by the Yankees in 2014 out of Salisbury Prep, initially spent his first minor league season developing his three-pitch repertoire with the minor league coaching staff. Unfortunately for DeCarr, an elbow issue flared up during the following spring training and led to Tommy John Surgery. DeCarr would not pitch again in a professional game until June 2016 and faced more than a year of recovery time.

“I had a bone chip in my elbow when I was in high school, but it didn’t bother me,” DeCarr said. “There wasn’t pain in my elbow during spring training in 2015. My forearm was tight and got progressively tighter when I threw. It got to the point where the best idea would be to have it checked out.” 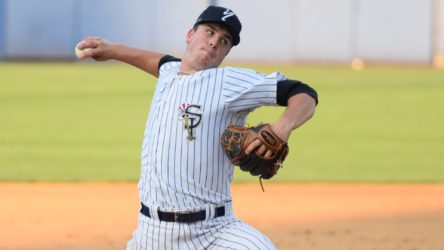 The grueling rehab process extended to the Staten Island Yankees where DeCarr pitched during the 2016 season. His early performances suggested that he needed time to overcome rust and rediscover the feel for his pitches. Although DeCarr’s curveball and changeup were in peak form, his fastball was inconsistent, primarily in the upper half of the strike zone. Despite the initial struggles, the primary goal was rehabbing in live game action.

“I knew from when I was throwing rehab outings in extended spring training in Tampa a few weeks before that I would pitch in Staten Island. I continued with the program that I was on down there, which was throwing with rehab pitching coordinator Greg Pavlick. With every outing, I was trying to improve things and get better. Obviously, I wanted to throw better, but it was a rehab season for me, and it was good to get back out there.”

As the summer moved along, DeCarr‘s elbow gradually regained its strength, and in turn, his performance improved dramatically. In three starts between July 28 and August 9, DeCarr surrendered just two runs in 15 innings of work while averaging close to one strikeout per inning. DeCarr finished the season with a 4.12 ERA in 10 starts and credits Staten Island pitching coach Travis Phelps for his guidance and teachings.

“Travis was excellent. He had a lot of great information, and he has been around the game and had a great career for himself,” DeCarr said. “We were all working with him every day and the biggest thing he was teaching me was trusting that everything with my arm was healed up and that this as a process. You cannot get frustrated with things and I needed to get back to the point where I was before the surgery.” 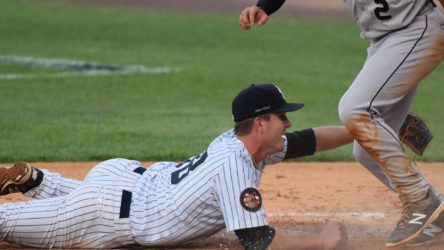 DeCarr diving into home plate to make a tag at the plate. (Robert M. Pimpsner)

DeCarr reached his innings limit following an August 24 start against Aberdeen, and the organization deemed it wise to shut him down for the season and let his body rest. Although   DeCarr pitched his highest inning total since 2014, he felt no lingering effects from the surgery and began transitioning towards his offseason workouts in his native Foxboro.

“It was a long year, and it was good for my development. The organization said I threw a lot for a full calendar year. They didn’t want me to throw anymore for the rest of the year, so I did pitch in the instructional league. Instead, I went back home and took my mind off baseball and didn’t have to worry about throwing. Their decision was in my best interest.”

With his 2016 season behind him, DeCarr prepares for the likely jump to pitching in a full-season league for the first time in his career. Further distanced from his injuries, the focus now shifts to building consistency on the mound and mastering the nuances of pitching in the professional ranks.

“In this game, whether you are pitching or hitting, it is about being as consistent as possible. I try to keep my mechanics simple and efficient,” DeCarr said. “My goal is also to be aggressive and hone in on every pitch. I’m starting to feel fresh after letting my arm rest for a bit, and I am ready to go.”