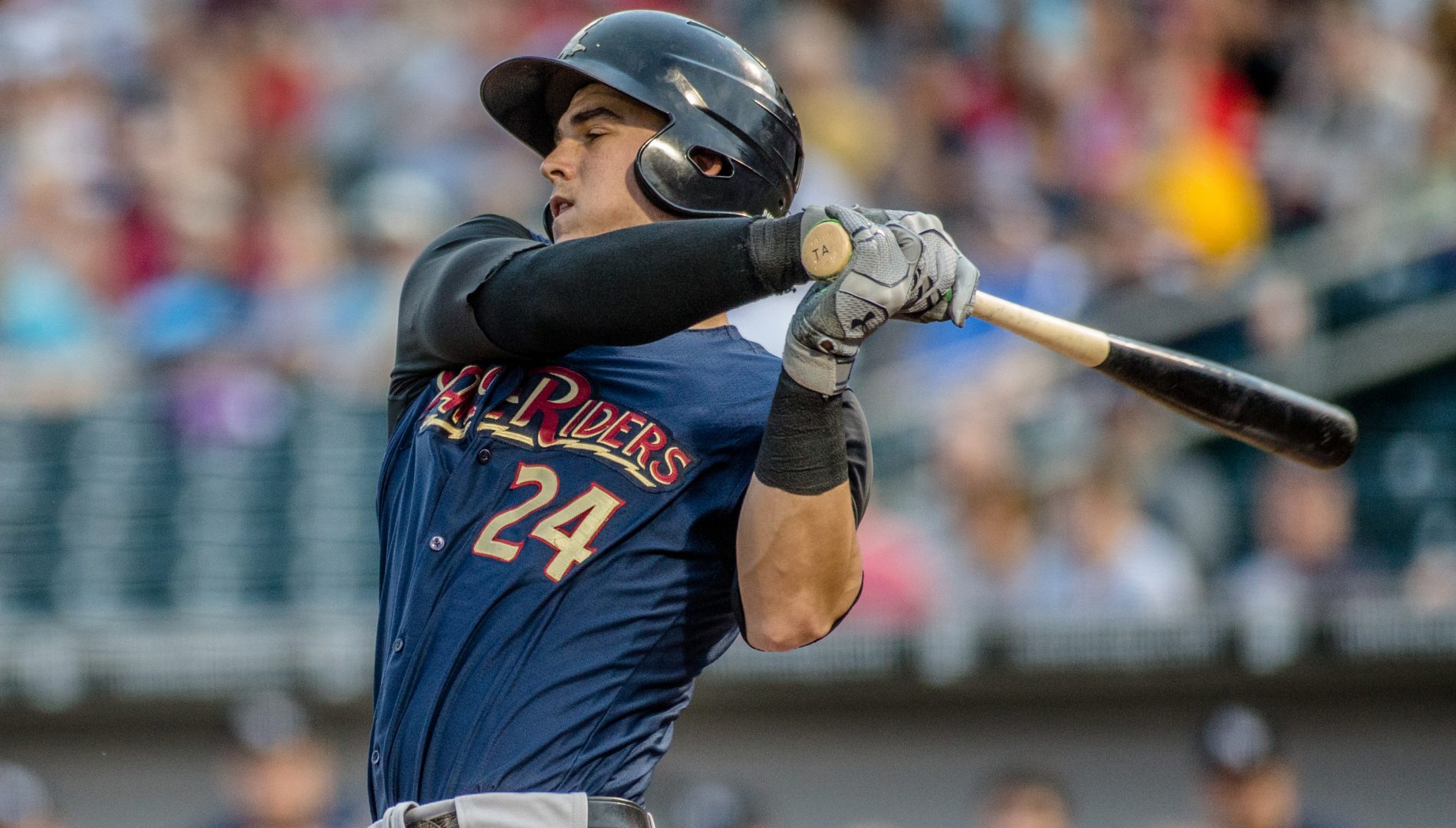 The RailRiders could not get the bats going in their 5-2 loss on Wednesday night to the Syracuse Chiefs. With the loss the RailRiders split the two four-game series against the worst team by record in the International League.

Domingo Acevedo made his second career Triple-A start and it did not go as well as his first. The tall right hander lasted 5.1 innings, allowing five earned runs on nine hits. He walked three and struck out four.

“He was working slow. We were trying to tell him that he needed to work faster.”, said manager Al Pedrique He left a couple pitches up in the zone.”

Acevedo struggled holding runners. Though he picked a man off, he allowed three stolen bases. His pick off was questioned to be a balked. He eventually did balk later in the game.

“Once guys like that get on base you have to stay within yourself and stay with the game plan. He worked slow and when you do that the defense will fall asleep.”, said Pedrique

Acevedo has a lot of potential. He fastball clocked as high as 95mph. His slider was also sharp at times during the game.

Tyler Austin connected on a two-run home run for the only two RailRider runs of the game. The RailRiders accumulated just six hits.

Miguel Andujar had two singles to right field in the second and ninth. He also walked in the fourth.

“We have to stay on his defense and I think he is playing great at third base. He is moving his feet well, getting good reads on hops, he has been making solid throws across the diamond. Offensively you can tell he is feeling comfortable.”, said Pedrique. “We just have to let him go and play and work on his defense.”

Syracuses’ second baseman Andrew Stevenson was the story of the game for the Chiefs. He went 3-5 with three singles, three stolen bases, and an RBI.

Sean O’Sulliva pitched six shutout innings for the Chiefs. He allowed just four hits and struck out five. He improved his record to 1-1 and lowered his ERA to 3.26.

Kyle Higashioka exited tonight game with a sore back. Pedrique said the plan is for him to see a doctor tomorrow morning.