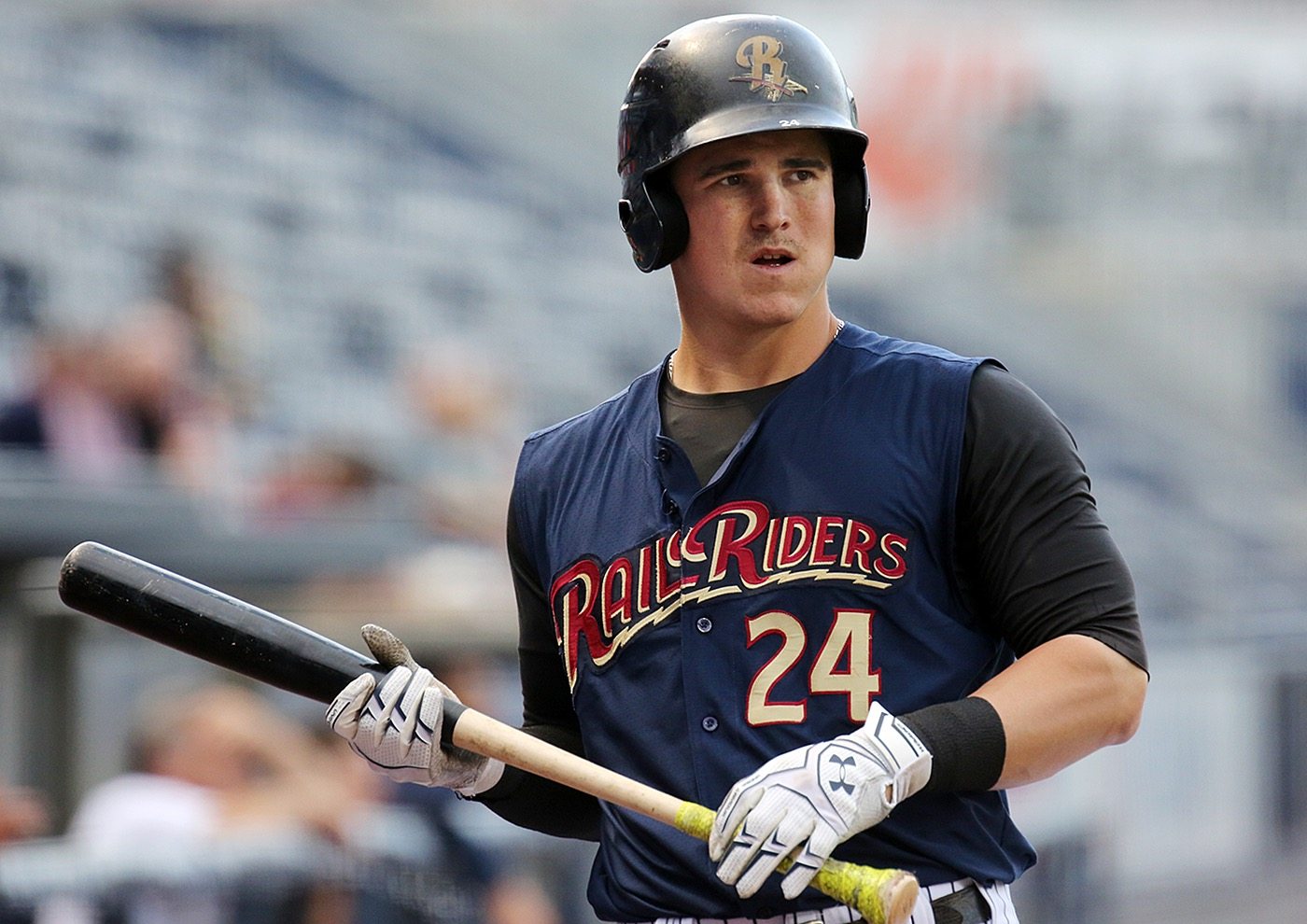 PAWTUCKET, RI – The SWB RailRiders (Triple-A/New York Yankees) rode a tidal wave of home runs to an 8-5 win over the Pawtucket Red Sox (Boston Red Sox) at McCoy Stadium on Friday night in 10 innings. Tyler Austin slammed a career-best three of the big flies for the RailRiders (44-31). The PawSox (38-37) have lost 16 of 19 to SWB in the Ocean State.

Home runs drove in all eight scores for the RailRiders. Austin got it going in the opening inning with a two-out, three-run shot to right. Rusney Castillo played a pair with a two-out double in the third before Austin responded with homers to begin both the fourth and sixth.

During that time, Pawtucket put up a picket fence with single scores in the fifth, sixth and seventh. With starter Luis Severino out and in line for the win after six innings of four-run ball, Matt Wotherspoon entered to start the seventh and walked Jantzen Witte on his first four pitches. Henry Ramos followed with a game-tying triple to right.

The game remained deadlocked, 5-5, until the 10th. Pawtucket pitching had retired 11 RailRiders in a row before Donovan Solano, Aaron Judge and Gary Sanchez connected on three successive home runs for the 8-5 margin that would go final. Conor Mullee whiffed a man in a perfect 10th for his sixth save while Wotherspoon (1-0) got the win. Robby Scott (3-2) allowed the three homers and suffered the loss.

The RailRiders return home for a seven-game homestand starting on the Fourth of July against the Lehigh Valley IronPigs (Philadelphia Phillies). The game includes post-game fireworks presented by the PA Lottery; foam light-up sticks to the first 2,500 fans through the gates thanks to Shur Save Supermarkets; USA-themed jerseys worn by the RailRiders; and Fourth-of-July hats worn by the team that will be auctioned off during the game.

Tyler Austin became the third SWB player to hit three homers in a game. Gary Bennett turned the trick in a 1998 extra-inning game at Buffalo and Zoilo Almonte accomplished the feat in 2014 at Gwinnett.

The RailRiders fell a home run shy of the single-game team record. The Red Barons bashed seven taters at Toledo on May 31, 1998.