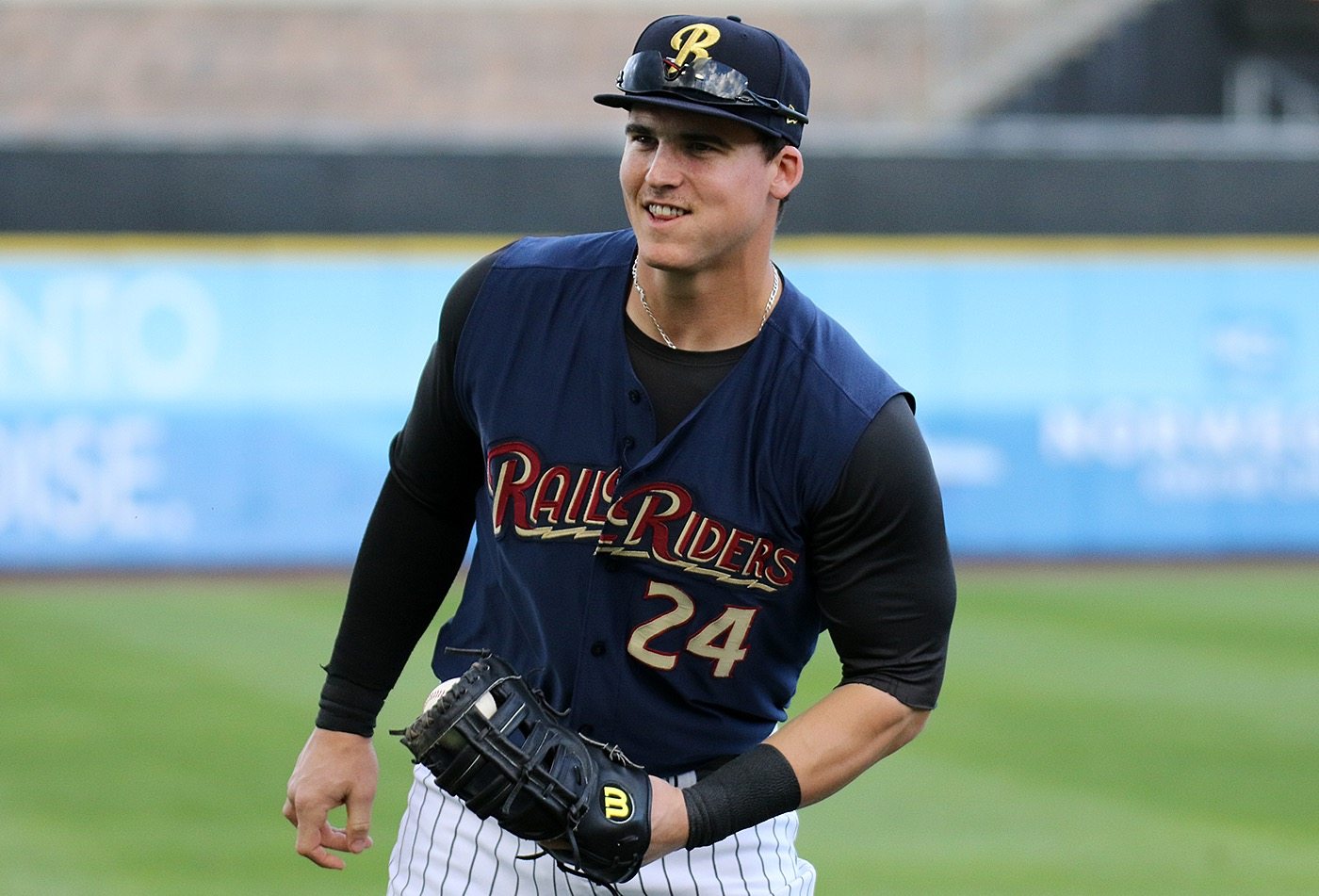 Scranton/Wilkes-Barre's Tyler Austin was a triple away from a cycle Tuesday night. (Photo by Martin Griff)

SYRACUSE, NY  – The red-hot SWB RailRiders (Triple-A/New York Yankees) edged the Syracuse Chiefs (Washington Nationals) on Tuesday night, 6-4. The RailRiders (47-32) posted their 16th win in 21 games for their sixth straight series win. The Chiefs (36-41) never held a lead in the game. Tyler Austin fell a triple shy of the cycle and drove in three of the RailRiders’ runs.

Each team posted a tally in the second inning. For the RailRiders, Austin came home on a passed ball while the Chiefs’ Matt Skole crossed the dish on Zach Collier’s sac fly.

The RailRiders claimed the lead for good with a three-run third thanks to an RBI single by Gary Sanchez and Austin’s two-run double. Pete Kozma made it 5-1 in the fourth thanks to a Steve Lombardozzi throwing error.

Christopher Bostick’s first career Triple-A home run, a two-run shot to left in the fourth, made it 5-3. But starter Kyle Haynes (2-3) dug in, facing two over the minimum thereafter over seven strong innings.

Austin began the fifth with an opposite-way homer to give Haynes some insurance. The right-hander lasted seven frames for the first time since August of last season and struck out No. 2 Nationals prospect Trea Turner as the tying run to end the seventh.

Reliever Matt Wotherspoon gave up a score in the eighth on an up-the-middle single by Bostick and worked around a walk in a scoreless ninth for his third save. Syracuse starter Austin Voth (4-4) shouldered the loss with a season-worst six runs (four earned) on eight hits and three walks over five innings.

The RailRiders return home for a seven-game homestand starting on the Fourth of July against the Lehigh Valley IronPigs (Philadelphia Phillies). The game includes post-game fireworks presented by the PA Lottery; foam light-up sticks to the first 2,500 fans through the gates thanks to ShurSave Supermarkets; USA-themed jerseys worn by the RailRiders; and Fourth-of-July hats worn by the team that will be auctioned off during the game. For tickets or more information, please call 570-969-BALL (2255) or visit swbrailriders.com.