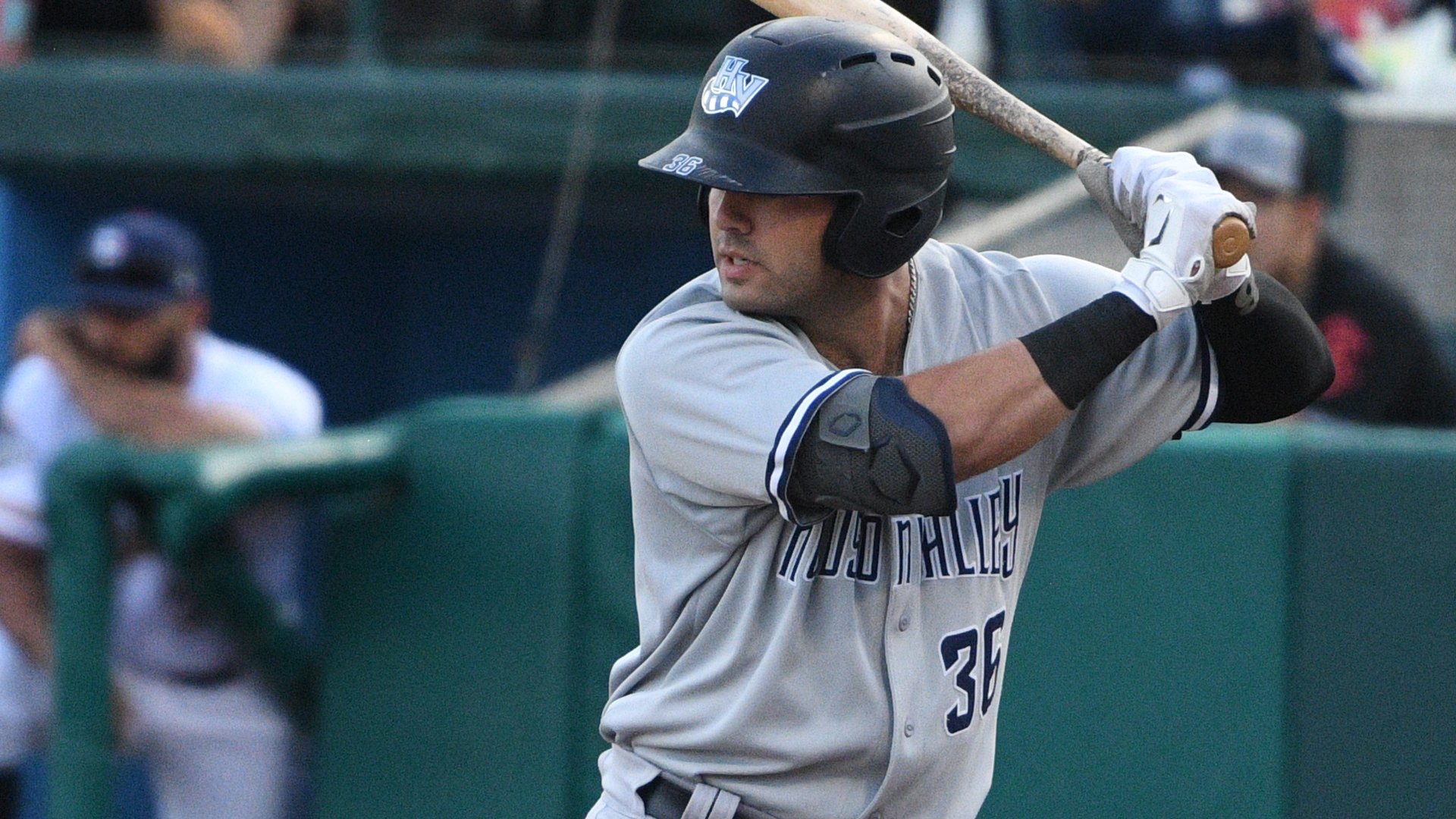 On Wednesday morning, the Arizona Fall League announced the rosters for the leagues all-star game, slated to be played at Salt River Fields at 7 P.M. ET. this coming Saturday. Among the representatives chosen for the western division squad were catcher Austin Wells and outfielder Elijah Dunham, who are both off to torrid starts for the Suprise Saguaros.

Dunham has been one of the hottest hitters in AFL action thus far. The 23-year old lefty is slashing .354/.475/.585 and has been an extra-base machine in 18 games. Dunham has struck five doubles, three triples and smashed two homers while scoring 12 runs. his OBP mark ranks fourth among all qualified hitters in the fall league. That inflated OBP figure is due large in part to drawing 13 walks while fanning just seven times across 65 at-bats. If that was not impressive enough, Dunham has gone a league best 10-for-10 on stolen base attempts. 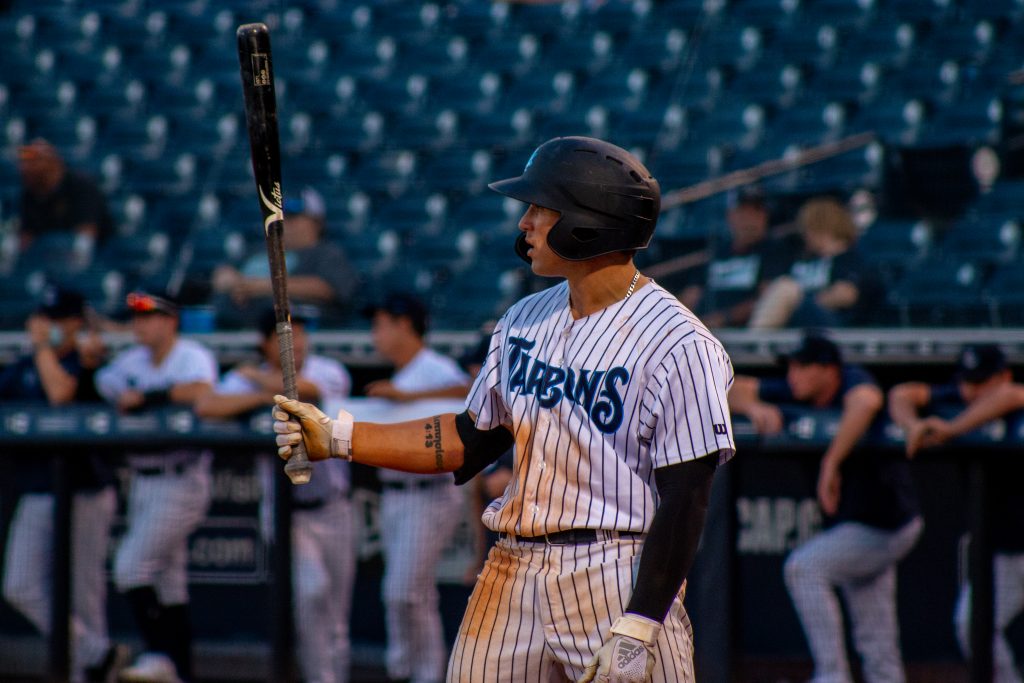 After going undrafted out of Indiana, Dunham really put himself in a position to ascend quickly through the system with an eye-opening 2021 campaign between Low and High-A. In 93 games combined between Tampa and Hudson Valley, Dunham slashed .263/.362/.463 with 13 homers and 57 RBI  to go along with 25 doubles and three triples. Dunham was also able to swipe 26 bases in 31 attempts.

While Dunham flew under the radar, there were lots of eyes and expectations placed on Wells in his first season of pro-ball. The Yankees 2020 first-round draft selection. In 11 games for Surprise thus far, Wells has slashed .275/.413/.471 with a homer and 10 RBI in 14 games of action. In his debut campaign in 2021, Wells spent 103 games between Tampa and Hudson Valley and had an absolutely monster season behind the dish. The switch hitting backstop smashed 16 homers and drove in 76 runs while slashing .264/.390/.476 – Wells even went a perfect 16 for 16 in stolen base attempts. 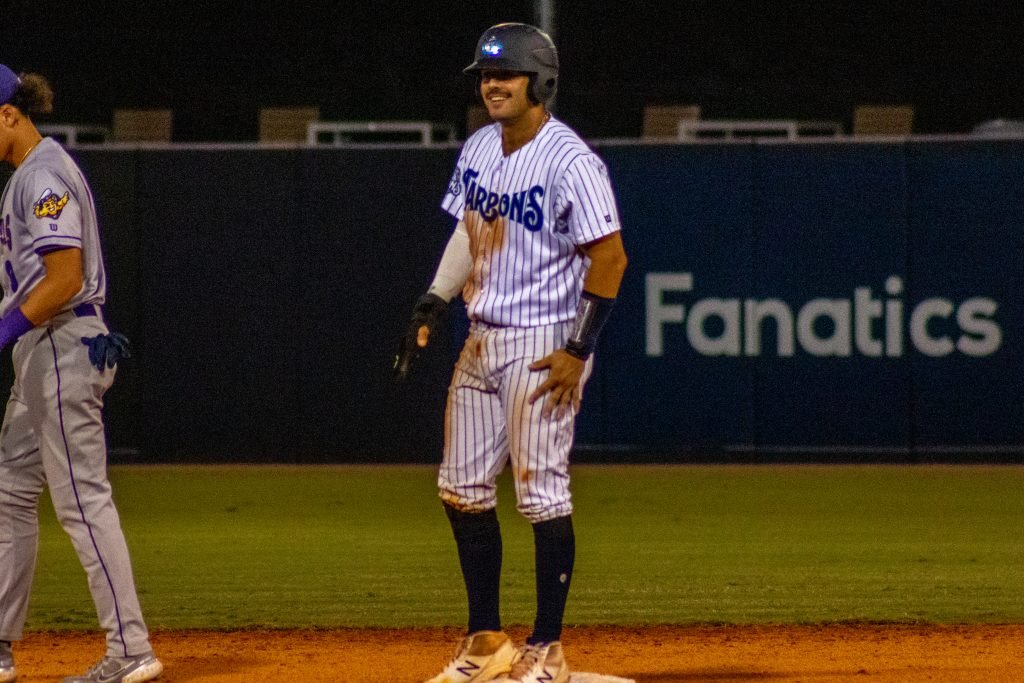 Defensively, the 22-year old Wells is said to have some work to do in terms of pitch framing, blocking balls and throwing out runners. During regular season play, the University of Arizona product threw out just 13 % of would-be base stealers but thus far is AFL action, Wells has thrown out four runners in seven attempts against him, good for a 36% mark.

The Arizona Fall League Fall Stars game can be seen this Saturday night at 7 P.M. ET on MLB Network.