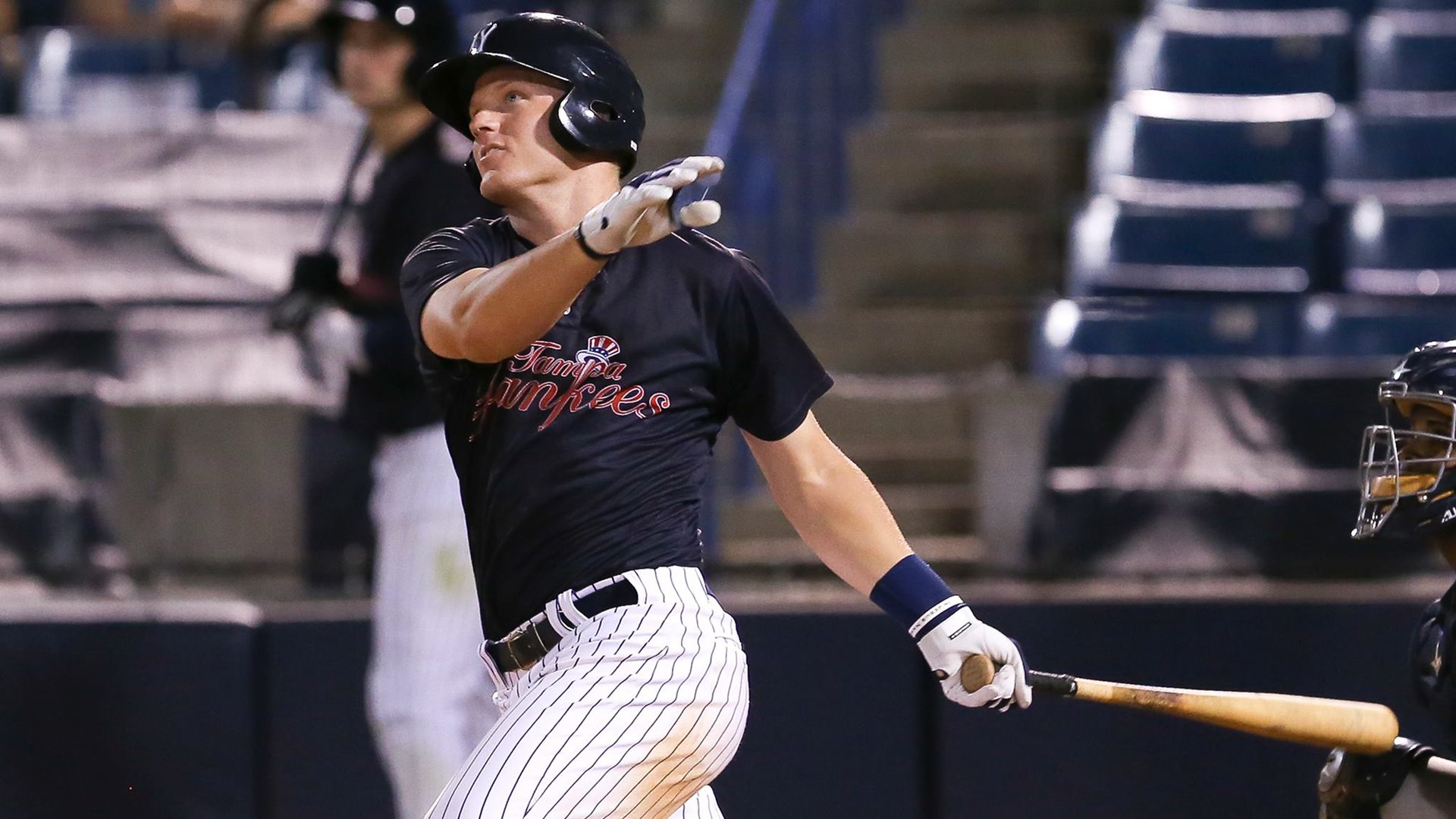 TAMPA, Fla. – Abiatal Avelino and Trey Amburgey combined to drive in all three runs as the Tampa Yankees (7-4) defeated the Bradenton Marauders (8-3), 3-2, on Saturday night at George M. Steinbrenner Field.

Tampa won the series over Bradenton, 3-1.

The T-Yanks grabbed an early lead against RHP Gage Hinsz in the first. Jorge Mateo lined a leadoff triple to the right-centerfield wall and scored on a base hit to left by Avelino.

Zack Littell made a quality start in his second game with the Yankees. The right-hander held Bradenton to one run on seven hits in seven innings of work. Littell tallied five strikeouts, walked one batter and threw 62 of 84 pitches for strikes.

The Marauders tied the game in the second. Ke’Bryan Hayes reached on a bunt single and advanced to second as Avelino’s throw from third base sailed up the line. One out later, Casey Hughston delivered an RBI double and was thrown out stretching for third.

Littell escaped a Bradenton threat in the fourth when the Marauders loaded the bases with one out. A 3-6-1 double play by Hughston bailed the Yankees out.

Tampa retook the lead in the bottom of the fourth when Amburgey launched a leadoff home run over the left field wall. It was Amburgey’s second home run in as many days.

Mateo lined a leadoff single in the sixth and scored on an RBI double by Avelino, giving the Yankees a 3-1 lead.

Bradenton placed the tying runs on base against RHP Andrew Schwaab with two outs in the eighth. Wes Wilson ended the frame by throwing out Will Craig on an attempted steal of second.

RHP Cody Carroll (SV, 1) pitched the ninth for Tampa and struck out the first two batters before facing the final push by the Marauders. Christian Kelley drew a walk to extend the game. Pinch runner Alredo Reyes later scored on a double by Hughston. Carroll got Kevin Krause to fly out to end the game.

Hinsz (L, 0-1) took the loss for Bradenton. The righty allowed three runs on five hits in six innings, walking a pair while striking out four. Hinsz threw 55 of 82 pitches for strikes.

Following the off-day on Easter Sunday, the Yankees travel to Palm Beach to begin a four-game series with the Cardinals on Monday at 6:30 p.m. LHP Josh Rogers (1-0, 0.00 ERA) is scheduled to pitch for Tampa against RHP Jake Woodford (0-0, 0.00 ERA) for Palm Beach.

The T-Yanks return home on Tuesday, April 25th, to host the Clearwater Threshers at 7:00 p.m. On BOGO Burger Tuesday, fans can buy one burger and get one free all night. For tickets and promotional information, call (813) 673-3055 or visit tybaseball.com.