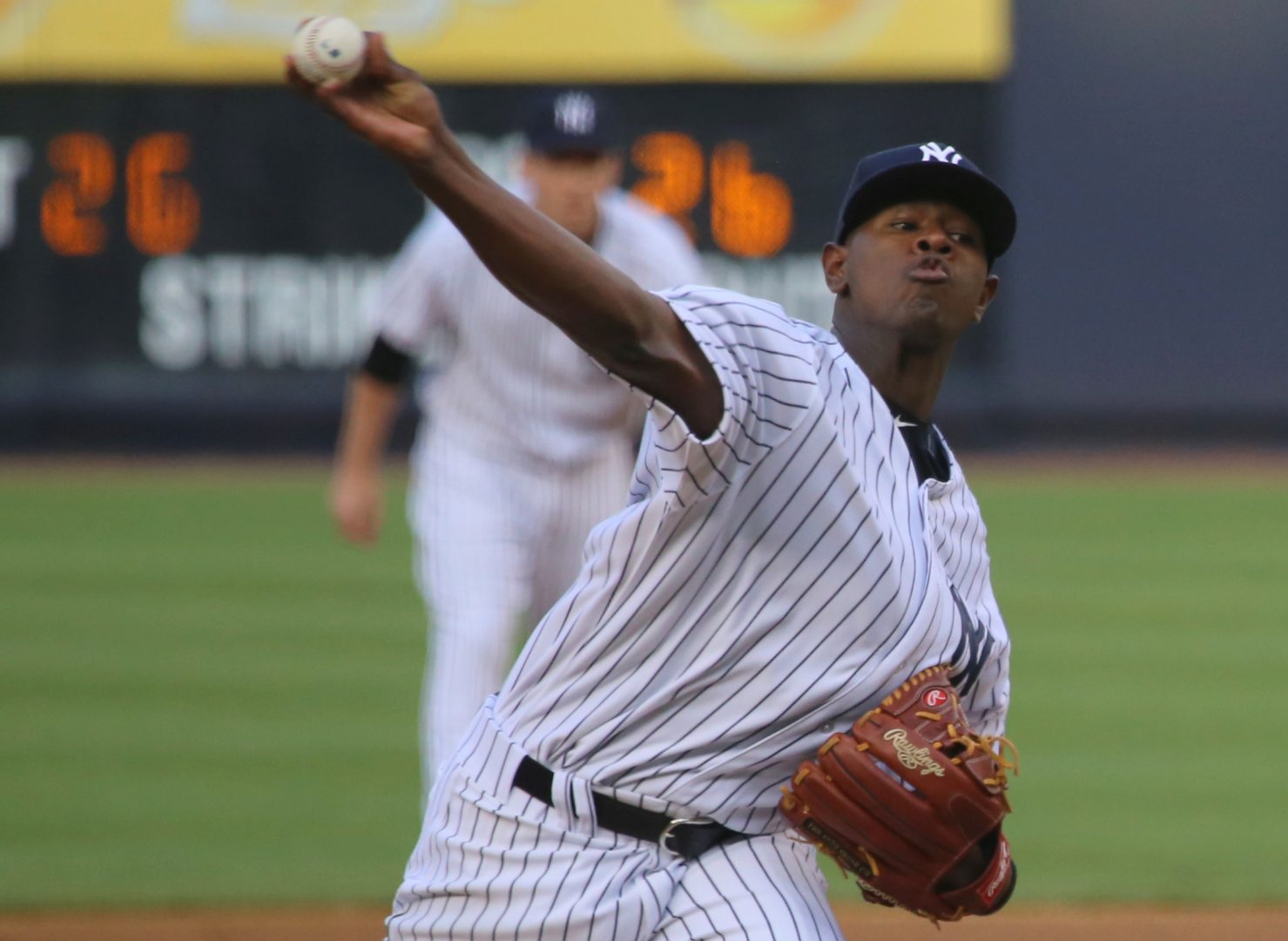 Game Summary: The Yankees took an early 2-0 lead in the top of the second inning with an Aaron Judge home run. As it turns out the pair of runs were all that was needed in New York’s 3-1 victory over Boston. Luis Severino was tremendous though seven and Dellin Betances was great in the eighth. Yankee closer Aroldis Chapman struggled to convert the save in the ninth, however, he got the job done by securing the victory.

Greg Bird – Bird went 1-3 with a long single off the Green Monster and a walk.

Up Next: The Yankees send Masahiro Tanaka to the hill to square off against Red Sox ace Chris Sale. First pitch is scheduled for 7:10 pm.