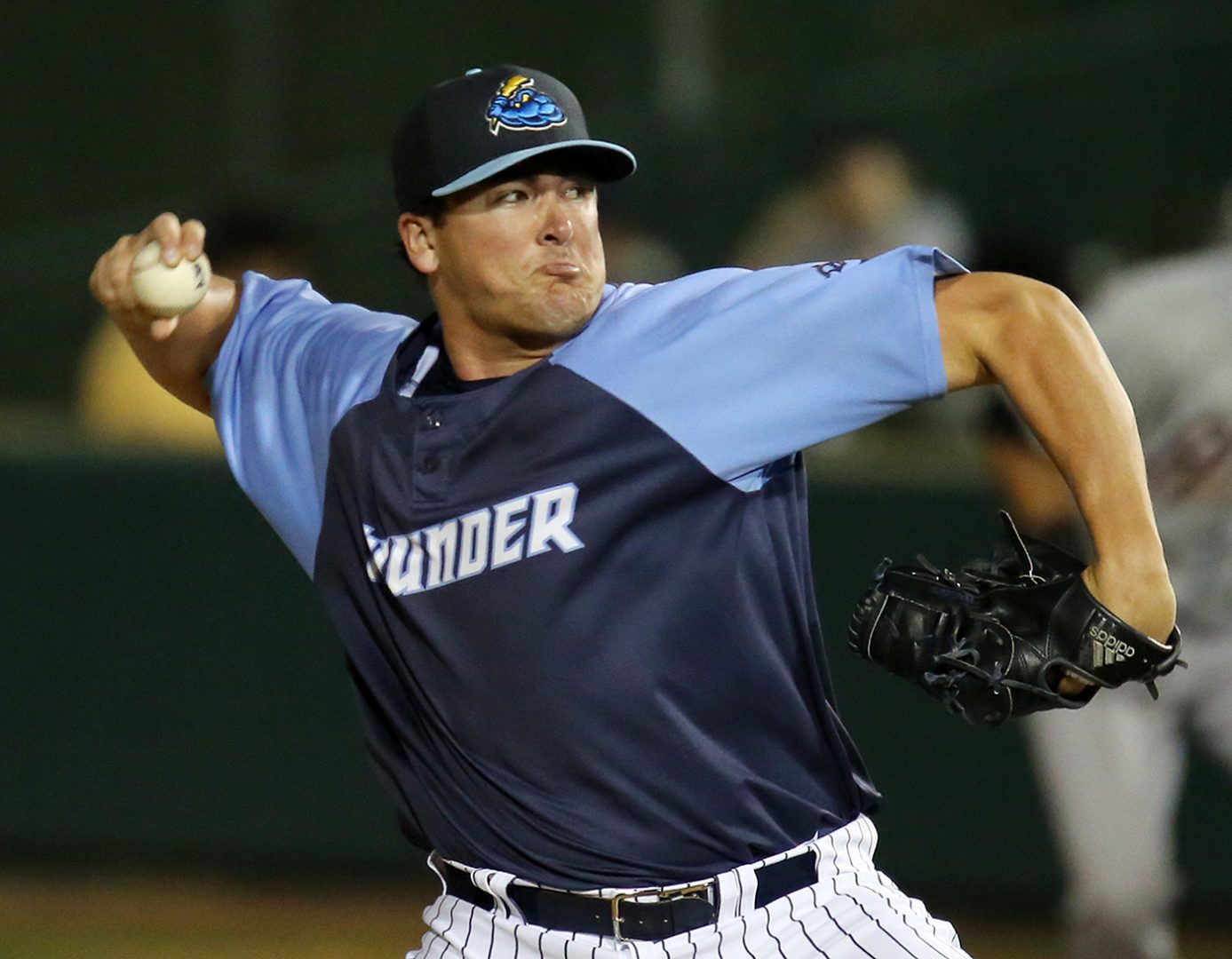 Trenton Thunder pitcher Jonathan Holder works in relief against the Akron Rubberducks at ARM & HAMMER Park in Trenton on Friday, April 22, 2016. The Thunder won the game 2-0. Photo by Martin Griff

Game Summary: CC Sabathia stepped up to the plate by tossing five scoreless innings, leading the Yankees to their first victory of 2017. Sabathia was backed by an RBI double by Matt Holiday and a home run from Ronald Torreyes. Chase Headley tacked on two more runs with a home run and RBI single in the 6th and 8th inning respectively.

Gary Sanchez – Sanchez took a second consecutive 0-5 to begin the season. Not to worry fans, he did square up a couple balls over the last two games. Nothing seems to be going his way offensively right now but it’s a long season. Gary will get back on track soon.

Greg Bird – Bird went 1-4 tonight, earning his first hit of 2017. The double came in the top of the 5th inning off Rays starter Jake Odorizzi. Bird hit a soft fly ball down the left field line that just fell in play. He also drew another walk, padding his on base percentage to .300.

Aaron Judge – Aaron went 1-4 but hit several balls hard, they just happened to be hit right at the Rays defenders.

Jonathan Holder – Holder fired a third of an inning in Tuesday nights victory. He fell victim to some tough luck as Steven Souza Jr. and Kevin Kiermaier both reached base on two soft ground balls following a Corey Dickerson strikeout. After the pair reached base, manager Joe Girardi pulled Holder in favor of All-Star set up man Dellin Betances. Betances loaded the bases but was able escape the jam unscathed.

Up Next: Michael Pineda takes the hill Wednesday against Alex Cobb, looking to lead New York to its first series victory of the young season. First pitch is scheduled for 7:10 pm on Fox Sports 1.