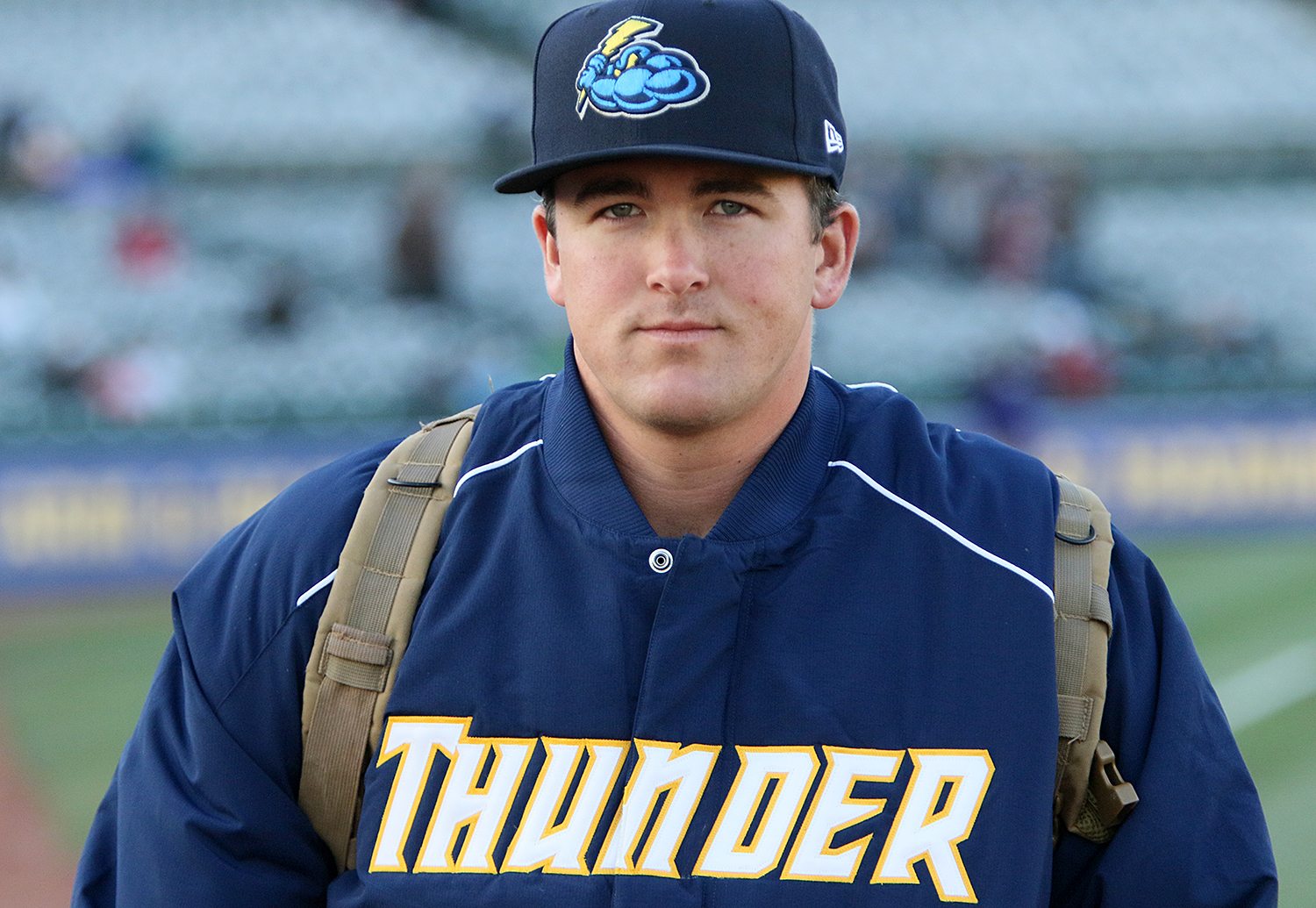 Trenton Thunder pitcher Jonathan Holder walks to the bullpen before a game against the Portland Sea Dogs at ARM & HAMMER Park in Trenton on Wednesday, April 13, 2016. As the most recent pitcher to join the team, he is following tradition and carrying a backpack full of snacks for the other pitchers. Photo by Martin Griff

Game Summary: Saturday was a tough game for New York. The club blew a second straight lead to Baltimore and lost catcher Gary Sanchez to an injury. Kevin Gausman was shaky from the very beginning but managed to grind through 4.2 innings of work. The Orioles righty gave up four earned runs, permitted three walks and eight hits. Masahiro Tanaka was strong through four but permitted two runs in the bottom of the fifth to allow the Orioles to get back into the game. Baltimore scored the tying and go-ahead runs in the bottom of the seventh off Tommy Layne and Dellin Betances, respectfully.

Gary Sanchez – Sanchez went 0-2 before leaving the game mid at bat with a right biceps strain. He has been placed on the 10-day disabled list.

Jonathan Holder – Holder fired one inning of scoreless baseball. He permitted one hit and struck out one.

Up Next: CC Sabathia looks to stop the Yankees current three game skid as he is set to face off against Wade Miley at 1:35 pm.