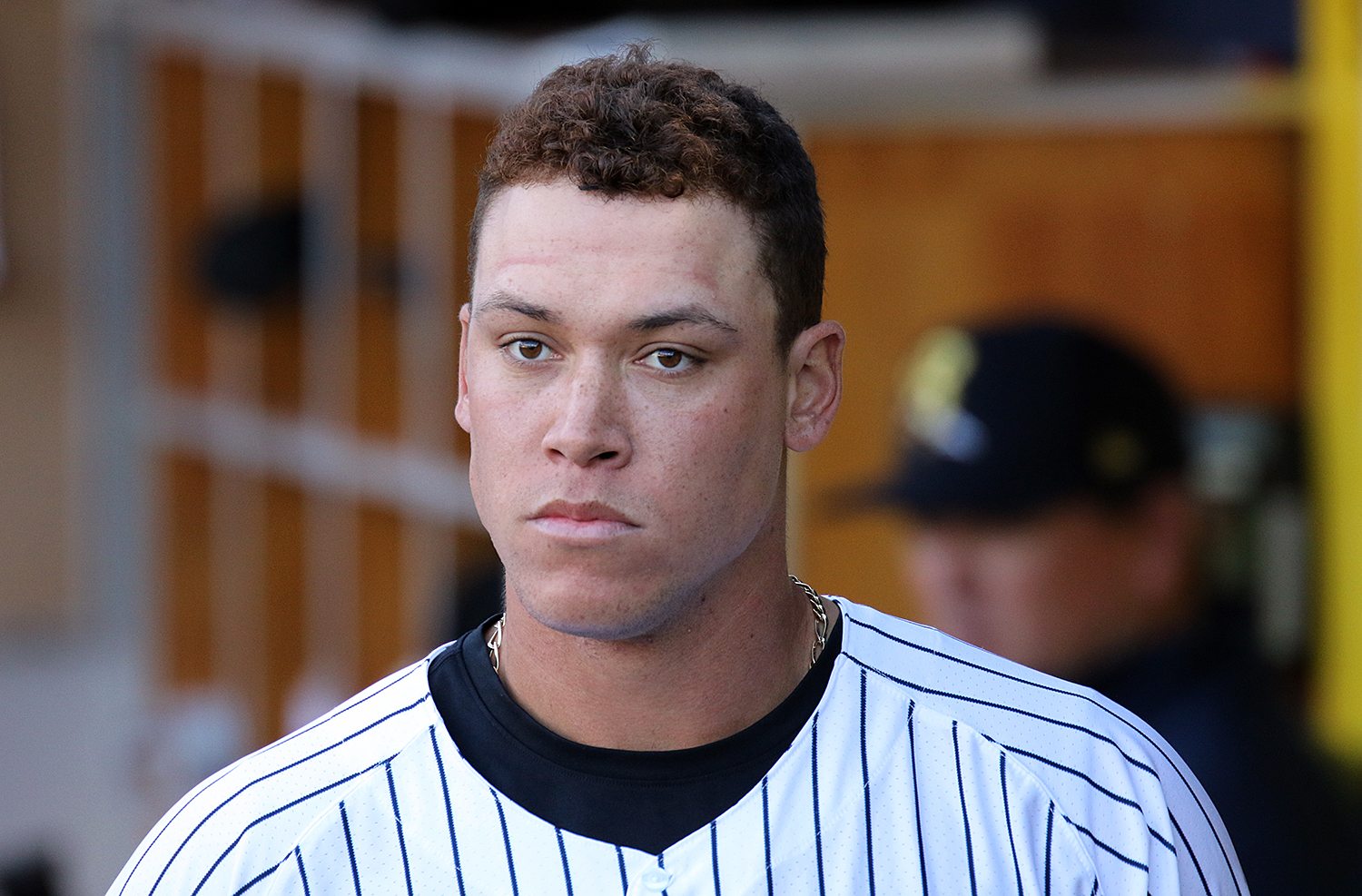 Scranton/Wilkes-Barre RailRiders DH Aaron Judge in the dugout before a game against the Buffalo Bisons at PNC Field in Moosic, Pa. on Wednesday, April 20, 2016. The Bisons won the game 8-1. Photo by Martin Griff

Game Summary: The Yankees are back in the win column as they handed the Baltimore Orioles their first loss of 2017. Baltimore cashed in three runs off Yankees starter CC Sabathia, getting out to an early lead. New York battled back to tie the game in the top of the sixth inning on a Ronald Torreyes triple. The very next frame, Aaron Judge smacked a game tying solo shot to deep left field off Oriole reliver Mychal Givens. In the top of the ninth, the Yankees took the lead on a Starlin Castro single up the middle. The bombers would add three more runs in the inning off Darren O’Day, breaking the game wide open.

Aaron Judge – The 6’7 right fielder went 2-4 with a home run (his first of the season), two runs scored and two runs batted in. To note, the single that Judge hit in the top of the sixth inning was a crushed line drive that ended up bouncing off the bottom of the left field wall. Statcast clocked the exit velocity of the ball at 115.9 miles per hour, the hardest struck ball of any Yankee batter over the past two years.

Up Next: The Yankees are set to don pinstripes for the first time in 2017, as they play host the Tampa Bay Rays in their home opener on Monday afternoon. First pitch is scheduled for 1:05 pm with Michael Pineda set to square off against Alex Cobb.