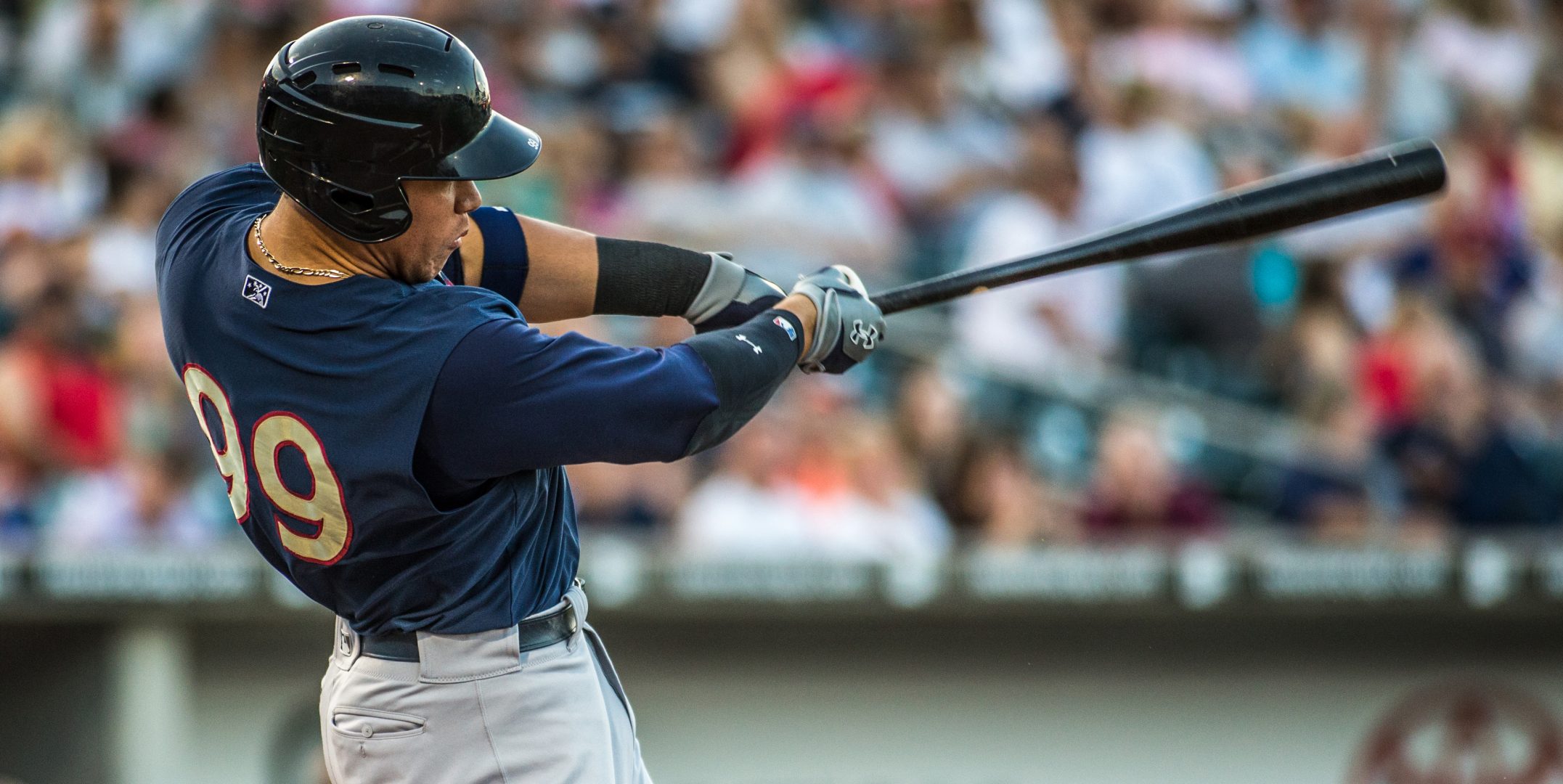 Game Summary: The Yankee offense backed a near perfect Michael Pineda on Monday afternoon. ‘Big Mike’ tossed seven and two thirds innings of one run baseball. He struck out 11, permitted no walks and surrendered his first baserunner with two outs in the seventh inning. The offense picked up where it left off on Sunday, scoring eight runs in the game. Aaron Judge, Starlin Castro, and Chase Headley all homered in front of a sold out Yankee Stadium crowd. Jacoby Ellsbury, Matt Holiday and Chris Carter knotted extra base hits that brought in a run. In all, the Yankees home opener went nearly as perfect as it could go.

Aaron Judge – Judge went 2-4 with a home run, run scored and run batted in. His solo-shot came in the bottom of the fourth inning against Rays starter Alex Cobb. The ball traveled 397 feet and was hit at 109 miles per hour.

Kyle Higashioka – ‘Higgy’ made his major league debut on Monday after entering the game as a defensive replacement. He caught Yankees left-hander Chasen Shreve the ninth inning, and did not record a plate appearance.

Up Next: After a scheduled off day on Tuesday, the Yankees will be back in action on Wednesday afternoon at 1:05 pm as they play host to the Tampa Bay Rays for game two of a three game series. Jordan Montgomery will make his major league debut as he duels Rays southpaw Blake Snell.