Back Home, Reading Unleashes Its Offense 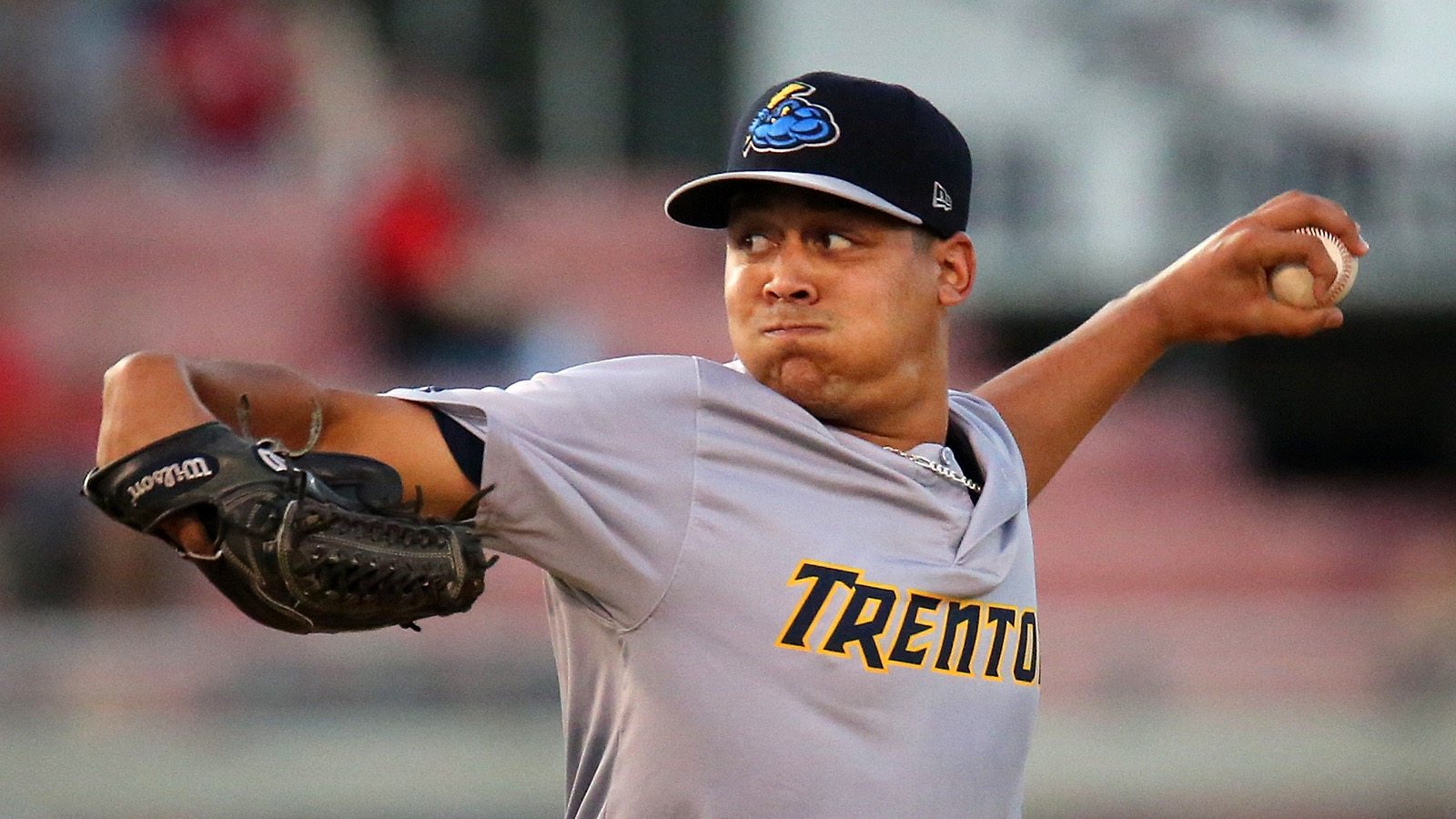 Justus Sheffield and the Thunder had a tough night in Reading Friday. (Photo by Martin Griff)

READING, PA — Jorge Alfaro hit a pair of Reading’s four home runs to lead Fightin Phils to a 13-5 win over the Thunder in Game Three of the Eastern Division Championship Series at First Energy Stadium on Friday night.

With the result, Trenton leads the best-of-five series, two games to one.

Alfaro wasted no time welcoming lefty Justus Sheffield to the game with a solo shot that just barely cleared the wall in right in the home half of the first inning. Alfaro added another solo shot later in the game, he finished 4-for-5 with three runs driven in.

Sheffield allowed each of his first four runs with two outs in the inning as Reading jumped out to a 4-0 advantage after two. Sheffield left the game after surrendering the second home run by Alfaro and a walk to Dylan Cozens in fifth inning, he was tagged for six runs in 4.1 innings pitched.

The Thunder got on the board with a run-scoring single from Dante Bichette Jr. in the fourth inning, but, the Fightin Phils put the game away for good with nine runs across their at bats in the fifth, sixth, and seventh innings. They banged out 16 hits in their game three victory.

Elniery Garcia tossed six innings of three-run ball to earn the victory in his Double-A debut. The left-hander allowed seven hits, one walk and struck out four while throwing 92 pitches.

Your Thunder will play game four of their series against Reading at 7:05 on Saturday night. LHP Caleb Smith will start for the Thunder, Reading will counter with RHP Tyler Viza. Listen live to Thunder baseball beginning at 6:50pm on 91.3 FM WTSR and online at TrentonThunder.com