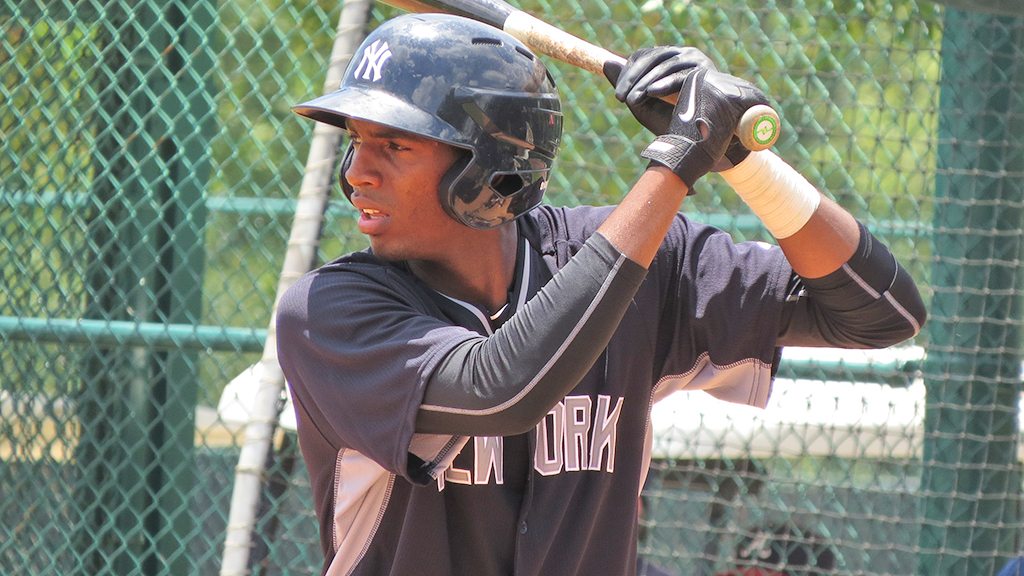 The Gulf Coast Yankees teams renewed their fraternal rivalry on Monday, and this time it was the Yankees 2 coming away with a 7-4 win.

In the third inning the Yankees 2 got home runs from Yancarlos Baez, his third of the season, and Kevin Cornelius, his fifth. It was the eighth inning, though, that made the difference in the game. The Yankees 2 broke a 4-4 tie by scoring three times on four hits. The only run to score on a hit was driven in by a Greidy Encarnacion single, and the other two scored on typical Gulf Coast League defensive issues, a balk and an error. Baez and Cornelius combined for five hits to lead an eleven-hit attack from the Yankees 2.

The Yankees 1 got half of their hits from Donny Sands, with the other three coming on a Wilkerman Garcia single, a Danienger Perez double, and a Victor Rey triple. Sands has gotten off to a nice start to his professional career. In his last nine games he is 13 for 34 and has his season average up to .321.

If the pitching lines for both teams belonged to one pitcher each, they would be difficult to understand. Yankees 1 pitchers struck out eight and only walked one batter in eight innings, but they gave up eleven hits and seven runs. Yankees 2 pitchers walked eight in nine innings, but they struck out seven and gave up only six hits. Cameron Pongs got the win for the Yankees 2, even though he gave up the tying run in the top of eighth and benefited from runs in the bottom of the inning. Gean Batista pitched the ninth for his third save. Alexander Vargas (0-3) took the loss for the Yankees 1.