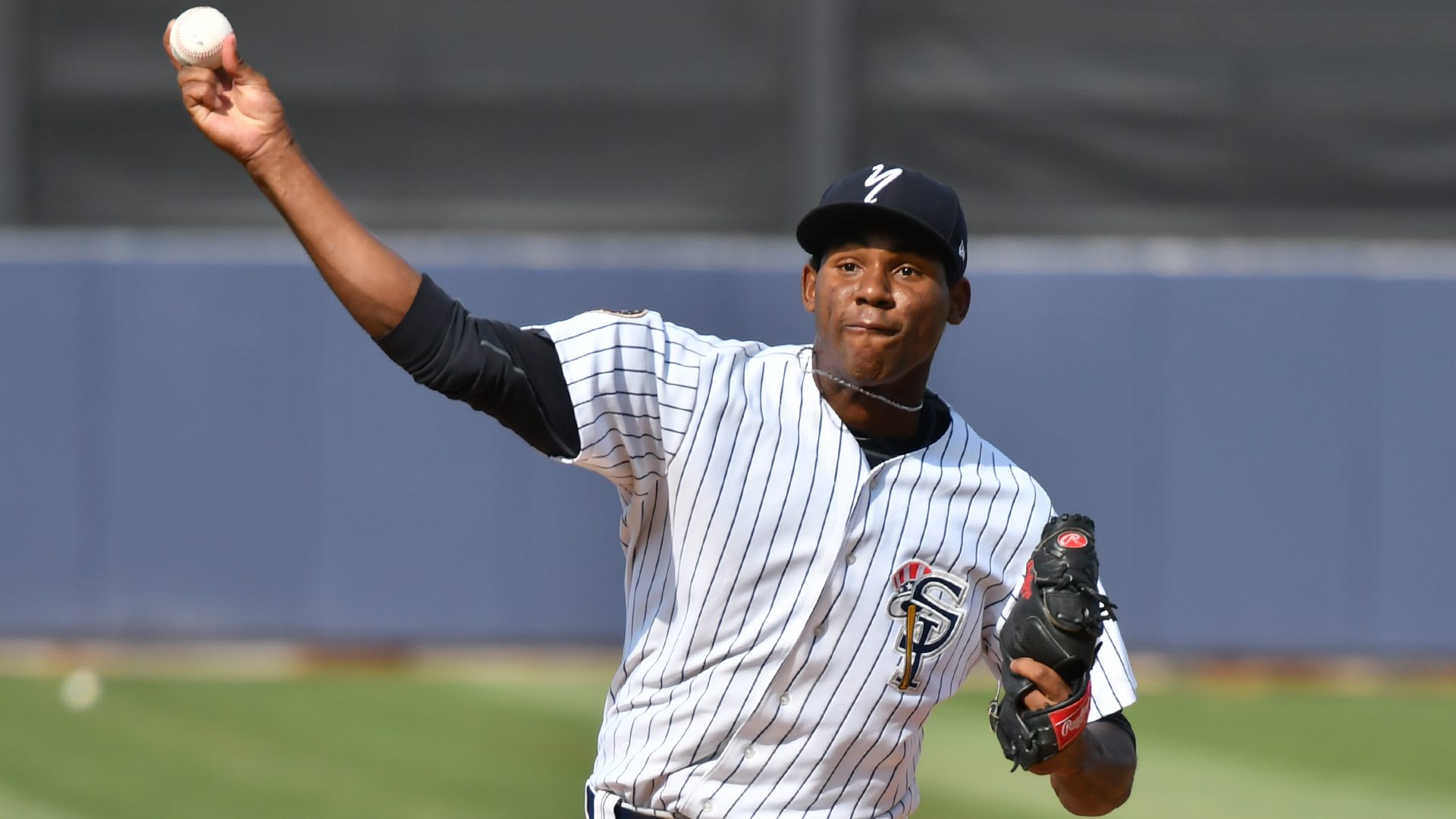 Today, it was Baseball America’s turn to unveil who were their top ten prospects in the New York Yankees farm system heading into 2018. Like the Baseball Prospectus list that came out last month, things were going to look different because of so many young players getting past prospect status.

The top two on both of those lists is the same with infielder Gleyber Torres leading the way in the top spot.  At number two, it was outfielder Estevan Florial, who was not on the Top 10 list by Baseball America last season.

After those two players, it is a list dominated by pitchers. In total, there are six pitching prospects in the top ten, starting with left-hander Justus Sheffield at number three and right-hander Chance Adams at number four. The only two position players on the list besides Torres and Florial were third baseman Miguel Andujar (number five) and Estrada (number nine).

If you compare BA’s list to BP’s list, the name that is different is right-hander Jorge Guzman (number seven on BA’s list). Guzman was one of the two pitchers acquired in the Brian McCann deal from the Astros last offseason (Albert Abreu was the other).

With Short-Season Staten Island in 2017, Guzman was one of the better pitchers in the New-York Penn League. In 13 starts, he went 5-3 with a 2.30 ERA. His 88 strikeouts were six more than any other pitcher in that league and he gave up two runs or fewer in nine of those starts.

As for the other pitchers on the list, those were right-handers Luis Medina (number eight) and Domingo Acevedo (number ten). Acevedo was also tenth on BA’s list a year ago.

Another name that differs from the two list was Estrada. He is at a position where the Yankees have a lot of depth at the major and minor league levels, but he was second in Eastern League in hits (149) this past season for Double-A Trenton. If anything, Estrada could be used in a trade by the Yankees to help the big league club down the road.

Yankees fans, what are your thoughts on Baseball America’s list and which players are you looking most forward to watching in the farm system in 2018?