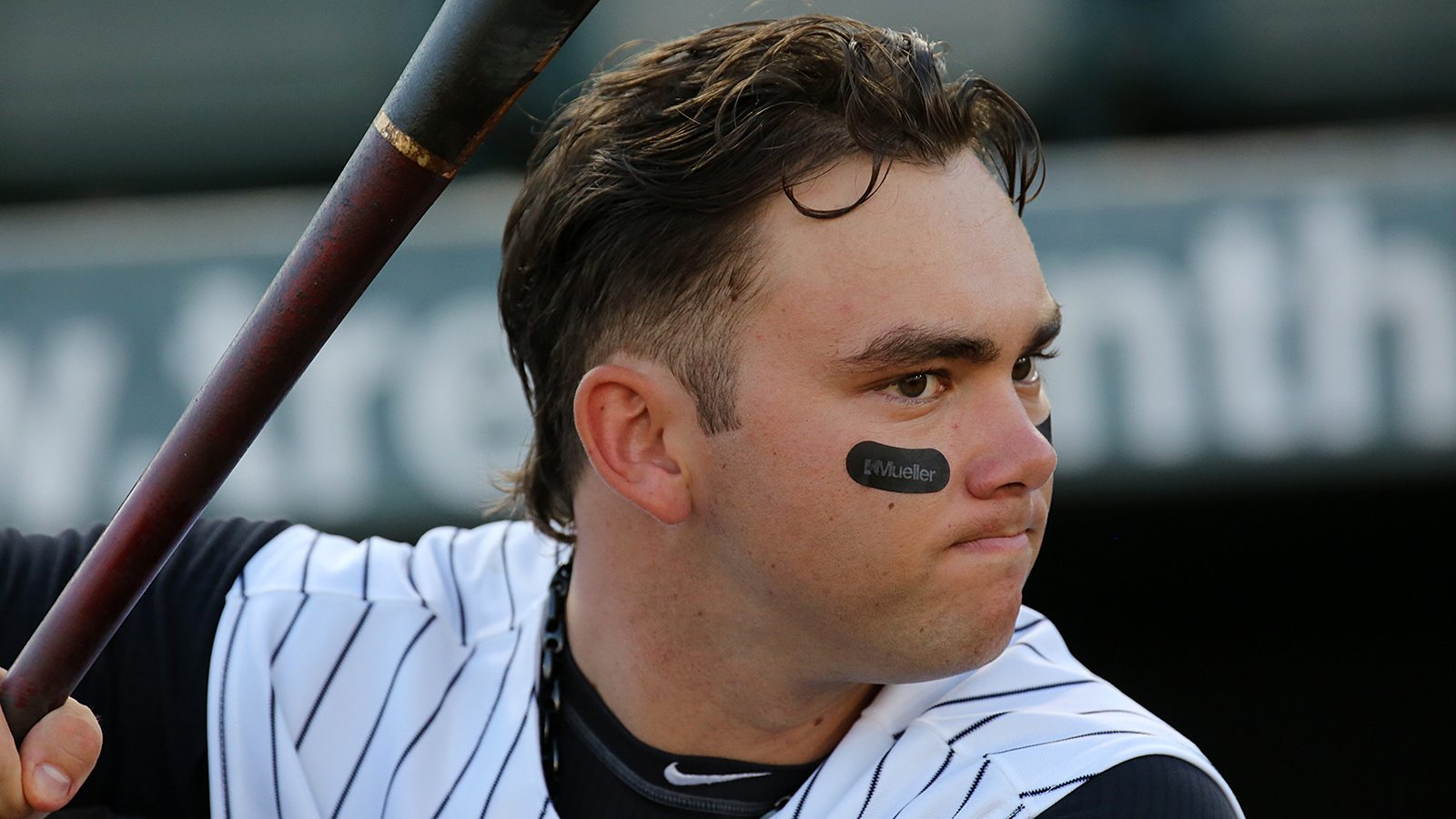 TRENTON – It seemed like this series was inevitable. The Thunder and the Reading Fightin’ Phils have been on a collision course since the early days of the summer. The two best regular season team’s in the Eastern League met on Wednesday night at ARM & HAMMER Park for the opening contest of the divisional round of the playoffs, and it proved to be the nail biter that many expected. 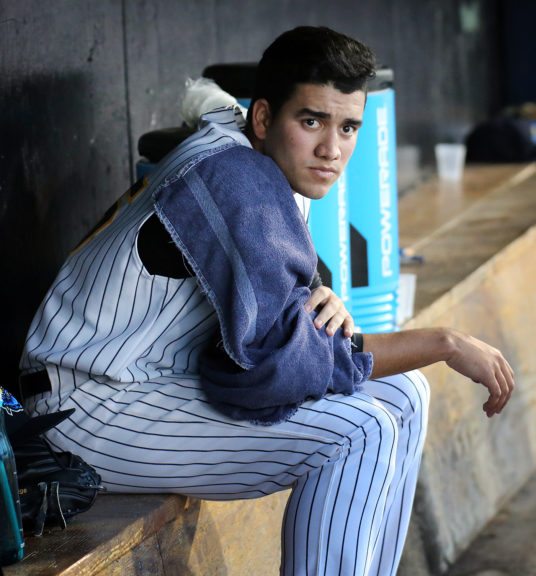 Trenton Thunder starting pitcher Ronald Herrera in the dugout against the Reading Fightin Phils in Game 1 of the Divisional Series of the Eastern League Playoffs at ARM & HAMMER Park in Trenton on Wednesday, September 7, 2016. Photo by Martin Griff

Reading led the league in homers, runs, team batting, hits, and slugging while Trenton led the league in ERA, strikeouts, and surrendered the fewest hits. What happens when the best hitting team faces the best pitching team? This series is set-up to define the answer.

Manager Bobby Mitchell summoned 21-year old right-hander Ronald Herrera to the mound hoping to stifle one of the most prolific offenses in all of baseball. Herrera was 7-2 with a 1.87 ERA in 11 starts at home this season compared to a 3-5 road record with a 5.71 ERA in 12 starts on the road.

Trenton drew first blood in the bottom of the second inning. After a one-out triple by left fielder Mark Payton, surging first baseman Dante Bichette Jr. smoked a double off of Mark Leiter Jr. to the left-center field gap to put the Thunder ahead, 1-0. The 23-year old Bichette had hit .276 with four homers and nine RBI in his last ten games heading into the postseason.

“That hit was huge,” said Bichette. “I wanted to do that; Payton got to third, and he needed to score once he was on third.  That was huge on him, and we were able to get him in. Those kinds of two-out hits and RBI’s are the way you’re going to win in the postseason.”

Bichette added,” I think that I have found myself as a hitter. I trust in God’s timing, and it is paying off now, for sure.”

Reading quickly responded by adding a run of their own in the third frame. A RBI single by catcher Jorge Alfaro plated speedster Roman Quinn to knot the score at one run a piece. With two runners on base and just one out, Herrera was then forced to face league MVP Dylan Cozens and Rookie of the Year Rhys Hoskins, who combined to hit 78 homers between the two of them this season. Herrera avoided further damage by striking both of them out swinging at off-speed pitches.

One inning later, Trenton led off with back-to-back doubles by Mike Ford and Payton which allowed them to jump back in front with a 2-1 advantage. 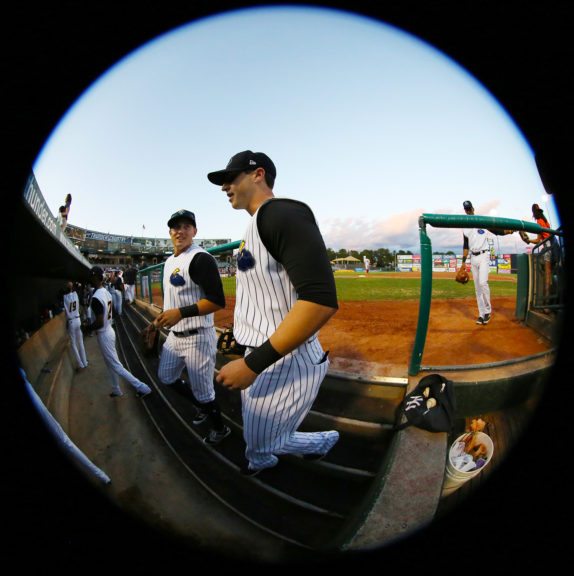 Trenton Thunder’s Mark Payton and Dustin Fowler enter the dugout from the outfield against the Reading Fightin Phils in Game 1 of the Divisional Series of the Eastern League Playoffs at ARM & HAMMER Park in Trenton on Wednesday, September 7, 2016. Photo by Martin Griff

After avoiding disaster earlier in the game, Herrera again saw Cozens come to the plate with a chance to do damage in the fifth inning; but this time, he was not as fortunate. With two runners on and two outs, Cozens crushed a double into right field corner to once again tie the score at 2. Herrera then issued a walk to Hoskins to load the bases for veteran designated hitter, Jake Fox. On his 101st and final pitch of the night, Herrera fanned Fox on a check-swing offering.

The Trenton bullpen was stellar in relief; Travis Hissong, James Reeves and J.P. Feyereisen combined to throw scoreless frames in the sixth and seventh to keep Reading off the board.

Fast forward to the bottom of the seventh inning. Just when it looked like Trenton would walk away empty handed, Reading’s faulty miscues ultimately proved to be the deciding factor in this game. After drawing a one-out walk, Bichette advanced to second base on a wild pitch by Leiter and took third on a faulty throw into center by Alfaro. With two outs and seldom-used backup catcher Francisco Diaz at the plate, Leiter uncorked another wild pitch and allowed Bichette to score the go-ahead run.

“Speed kills,” Bichette jokingly admitted. “My coaches told me to be ready for the splitter in the dirt, and he threw it twice; I got to third the first time and scored the next time.”

Feyereisen pitched a scoreless eighth inning, and Tyler Jones pitched a dominant ninth to nail down the 3-2 game one victory for Trenton.

“To be honest, I think that we need to win three in a row,” admitted Bichette. “We can’t let them start rolling and get their bats going.”