Bichette Needs to Perform in 2016 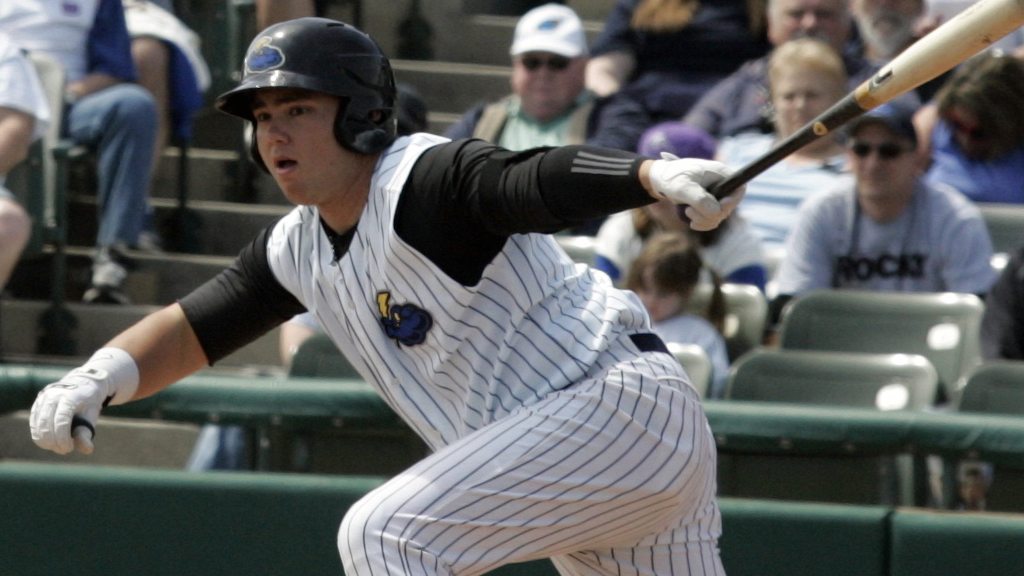 Back in 2011, the Yankees thought they had quite a catch in Dante Bichette Jr.

As the 51st pick in that draft, with a father who was a major-league slugger, the club felt quite comfortable selecting him high out of Orangewood Christian High in Maitland, Fla.

And things got off to an excellent start, as Bichette, in 52 games in the Gulf Coast League and a pair of starts at Class-A Short-Season Staten Island, hit .335 (68-for-203) with a .947 OPS. Everything looked good as he was assigned to Class-A Charleston in 2012 as a 20-year-old.

With some wondering what was next, Bichette bounced back with a solid performance to start 2014 at Class-A Advanced Tampa, hitting .271 (109-for-402) with 64 RBIs and earning a late-season call-up to Double-A Trenton,  He also passed the test of the the Arizona Fall League.

So, we cone to 2016 and a season in which Bichette will play the season at 23. He is on the Trenton roster at present, and with Eric Jagielo traded to Cincinnati, Rob Segedin now in the Dodgers system and Miguel Andujar coming off an uneven campaign at third base at Tampa, the door is open for Bichette, who is eager to seize the opportunity,

“I had some tough times, so I tried to go back to what I did well before offensively,”’ said Bichette. “Really, it took me a few years  to realize what I had to do to play the game, all the work I had to do.

“I appreciate the opportunity the Yankees are giving me, and I’m certainly trying to get better in all facets of the game.”

Bichette’s defense has improved at third base to the point he certainly rates better than what Jagielo has shown in that department. If he focuses at the plate, and shows the patience he has at times, there is little reason he can’t be an above-average hitter.

He is also comfortable sliding in at first base, but, with Spring Training just a few weeks away, he looms as the Trenton third baseman when the season begins the first week of April. Even though major-league veteran Donovan Solano is on the winter Thunder roster, it is doubtful a player who made 55 big-league starts with Florida 0n 2015 and has played in a few-hundred big-league games will start at Double-A.

“All I can do is work with the coaches and become more efficient with what I do,” said Bichette.

As a past first-round pick, and as a player who has re-dedicated himself to improving, the Yankees will give Bichette every chance to fine-tune his game. He is familiar with the Double-A Eastern League, and, if all goes well, could have a breakout season in 2016.

That is the type of progress the Yankees are looking for in his case.