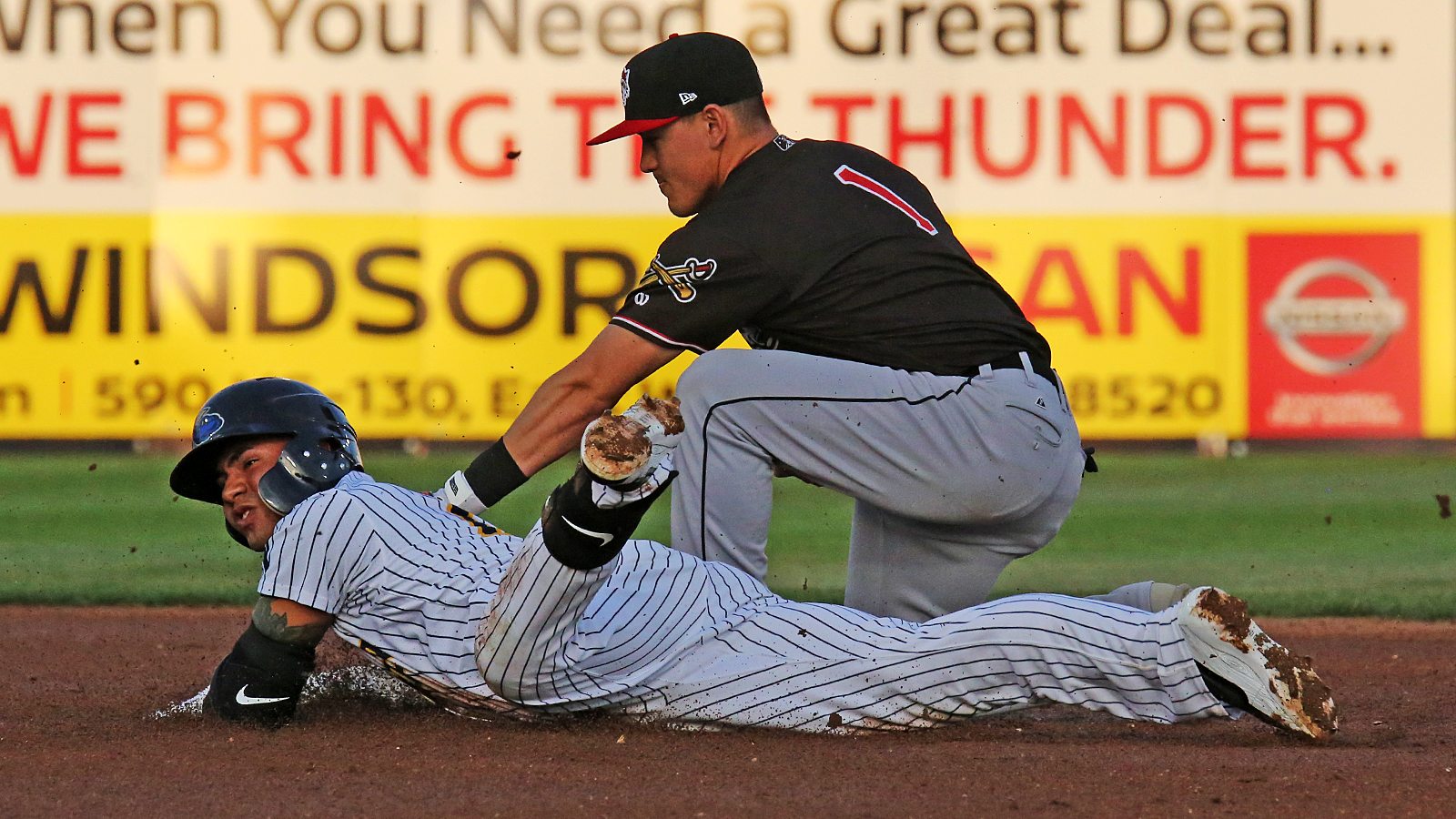 TRENTON – It felt as though we were waiting all of April for that signature moment. Thunder fans had heard all the of pundits, read all of the prospect rankings and now wanted to see what Gleyber Mania was all about. Gleyber Torres, the Yankees top-prospect, had struggled in his first few weeks at the Double-A level before sending the Bombers fan base into a panic frenzy with a DL stint for  mild right rotator cuff tendinitis. While many of the Trenton faithful filed into ARM & HAMMER Park on Saturday night to see the teams first firework display of the season; Torres provided them with a bonus spectacle. 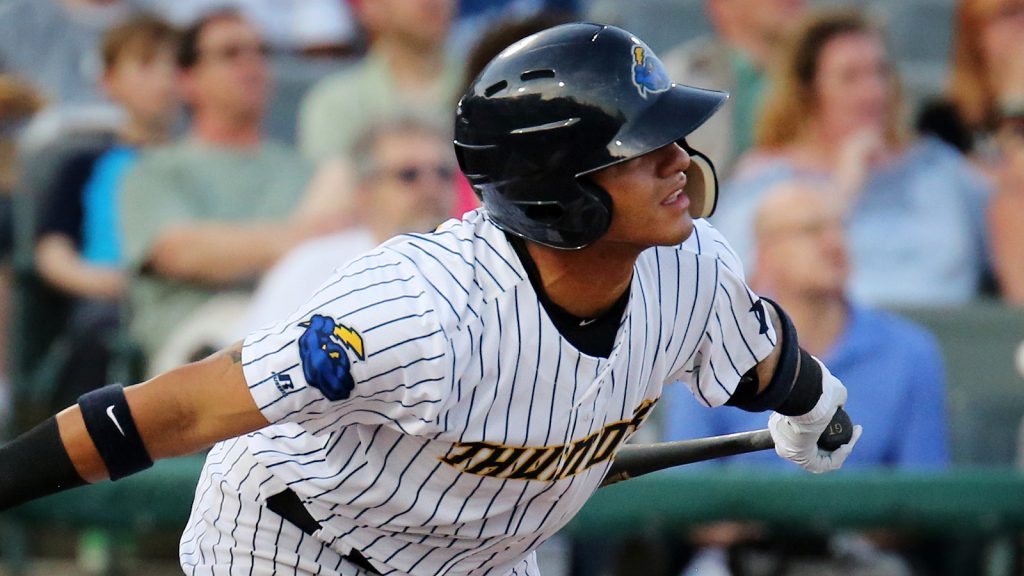 Trenton Thunder infielder Gleyber Torres had a big night (3 hits including a mammoth home run and 4 RBIs) against the Erie SeaWolves in Trenton on Saturday, April 29, 2017. (Martin Griff)

Usually quick and efficient, southpaw Justus Sheffield labored through much of his fourth start of the season. After a clean opening inning from Sheffield, the 20-year old southpaw surrendered a long solo homer to first baseman Dominic Ficociello in the second inning that allowed Erie to take an early 1-0 advantage.

Sheffield seemed poised for a quick bounce-back inning in the third after retiring the first two batters of the frame. A two-out single by centerfielder Mike Gerber set the stage for the Tigers top-position prospect, Christin Stewart, to deposit a mammoth two-run homer into the Delaware River to cushion the SeaWolves lead at 3-0. 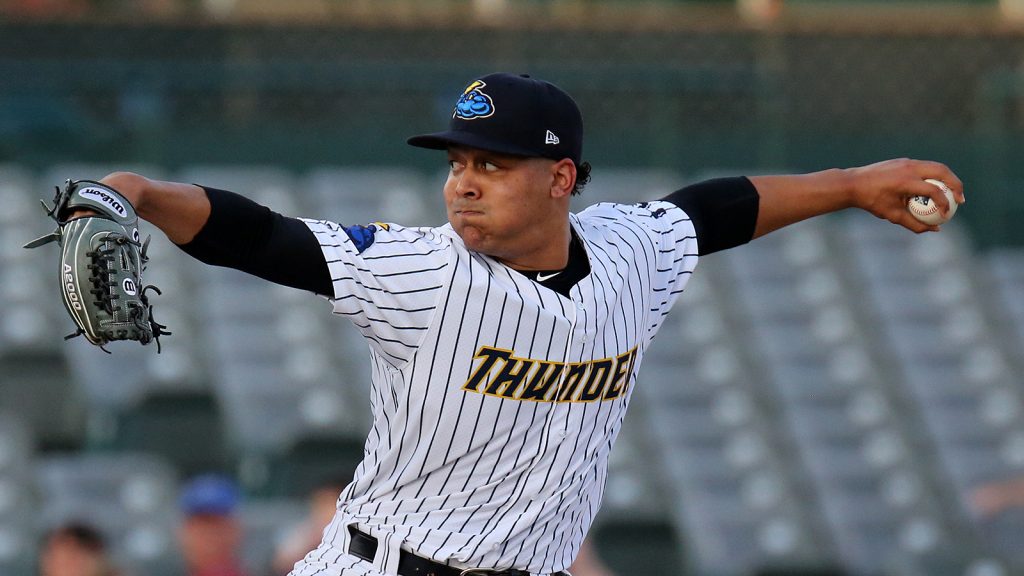 Erie would scratch out another run against Sheffield in the fifth inning on an RBI single by third baseman Gabriel Quintana. In what proved to be his shortest outing of the season thus far, he allowed a season-worst four runs, on eight hits over a 93-pitch, five inning outing.

SeaWolves starter Anthony Vazquez had navigated through the Thunder lineup with precision over four shutout innings with little threat. That was until the fifth inning when Dante Bichette Jr. drew a leadoff walk to lay the foundation for a dramatic Thunder rally. Catcher Jorge Saez then reached on a throwing error that put runners on the corners with nobody out. A sac-fly by second baseman Thairo Estrada finally put Trenton on the board. Following a single by centerfielder Jake Cave, shortstop Gleyber Torres blasted a majestic game-tying three-run home run over the fourth tier of the left field wall and onto Route 29 to knot the game at four runs a piece.

“I saw all of the pitches tonight really good,” said Torres. “Today I felt a lot better than I did yesterday.” 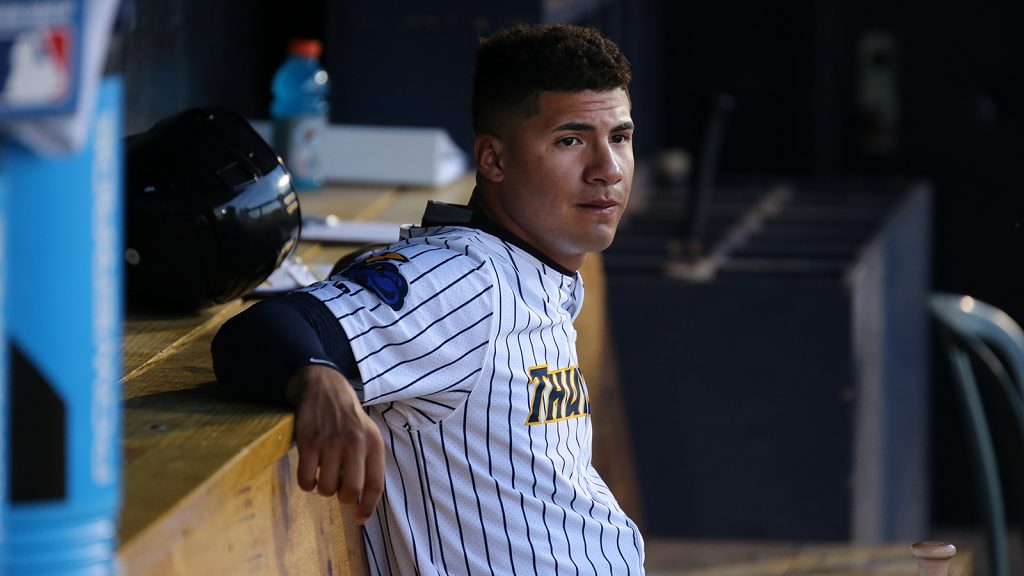 Top Yankee prospect Gleyber Torres was back in the Trenton Thunder dugout against the New Hampshire Fisher Cats at ARM & HAMMER Park on Friday, April 28, 2017 after returning from the DL. (Martin Griff)

The heroics of Torres seemed to trigger a trickle effect that awoke a struggling Trenton offense. An RBI double by Cave and an RBI single by Torres gave the Thunder a lead that they would not relinquish. Cale Coshow nailed down his Eastern League leading seventh save and Trenton held on for a 7-4 victory. 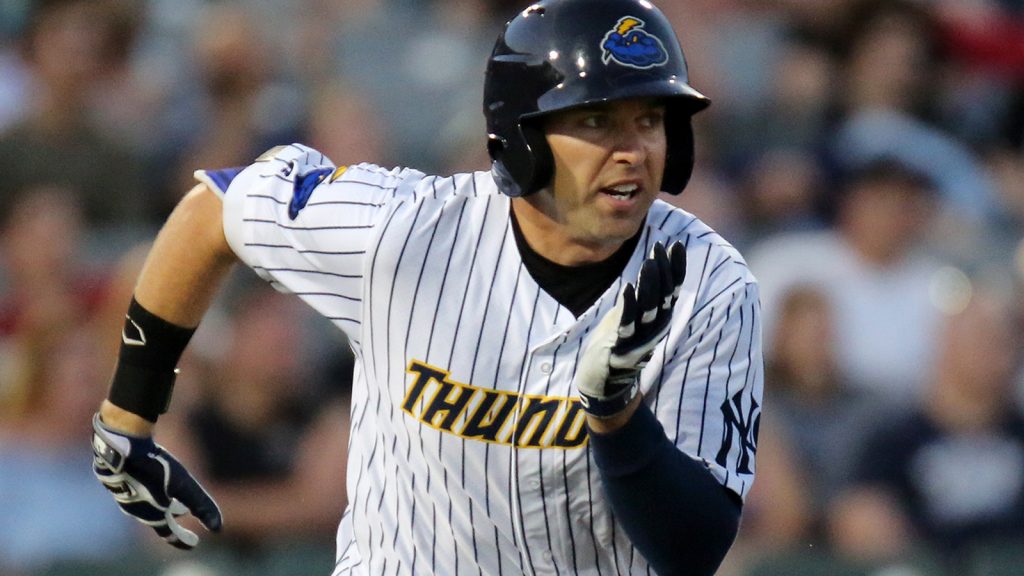 Outfielder Jake Cave was transferred to the Trenton Thunder on Saturday, April 29, 2017 and batted second in the lineup against the Erie SeaWolves in Trenton. (Martin Griff)

Torres finished the night a triple shy of the cycle by going 3-for-4 (HR, 2B, 1B) with four RBI and a stolen base. In his season debut, Cave also went 3-for-4 with two doubles and an RBI of his own.

Trenton will look to take the rubber game of their three game series with Erie on Sunday afternoon. Right-hander Ronald Herrera will be activated off the DL to make his season debut.