Bird Not Making Any Excuses, Leads Thunder Past Erie 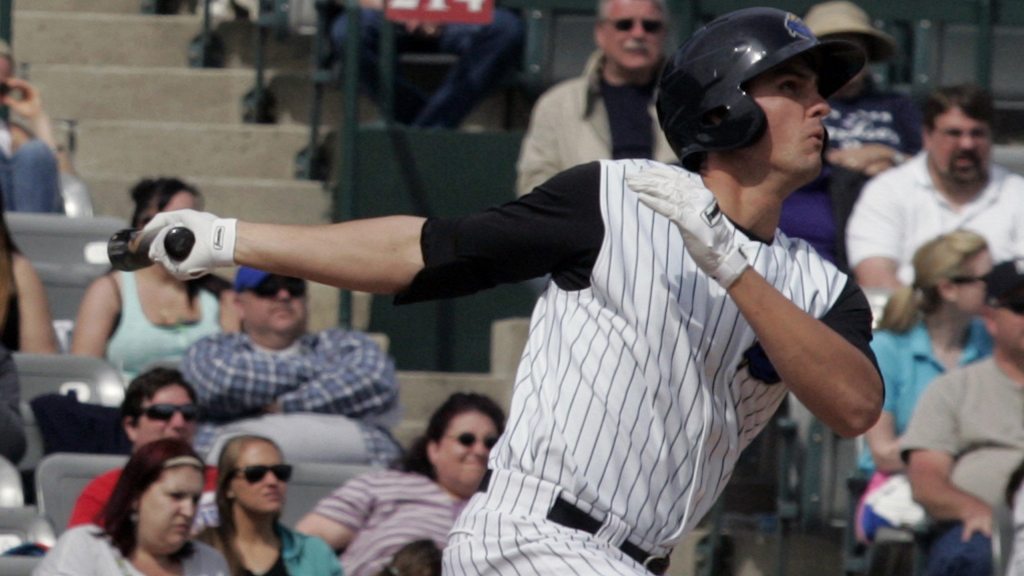 Greg Bird is getting back into the swing of things in Trenton with three RBIs Wednesday night. (Jessica Kovalcin)

TRENTON, NJ – Greg Bird headed into Wednesday night’s Trenton Thunder game batting .231 (25-for-108) in 29 games. He ended it hitting .243 after his best performance since coming off the disabled list.

The 6-foot-3, 220-pound native of Aurora, Colo., who hopes to find his way to The Bronx by 2016, will tell anyone those are not the numbers he expected this season. Not even close.

Bird is one of your genuine nice guys in the 2015 Thunder clubhouse, which has a lot of them and makes Al Pedrique’s team an absolute pleasure to cover. He is also a clubhouse leader and was missed as much for that when he was in Tampa rehabilitating his shoulder.

Tampa was not where he wanted to be in May and early June.

“I could remember from when I played in the Florida State League (where he spent a good part of the 2014 season), how nice the parks were in April, right after Spring Training,” said Bird. “Then, in May and June, it gets hot, really hot and humid.

“I’m glad to be back up here in Trenton. Tampa is great in Spring Training, not in May and June, but you know you have a job to do to get back into playing shape. I want to say healthy for the rest of the year.”

“Our lineup can certainly get it done offensively,” said Bird. “I just want to contribute.”

At his best, Bird is about a .275 hitter with an advanced approach at the plate. Even in 29 games this season, he walked 19 times heading into last night’s game, He also figured to hit 15-20 honers this season, and had just three entering play Wednesday  night. He did, however, enter Wednesday’s game with 16 RBIs and put the Thunder ahead 1-0 in the bottom of the first with a fly that traveled almost to Arm&Hammer Park’s left-field wall.

“What I really need are at-bats,” he said. “I was down in Tampa for almost a month and I hardly played in any games and hardly had any at-bats. I need to get back into the swing if it all.”

There is little doubt he will. Bird follows a program that has helped him strengthen a back that had been troublesome and has a solid goal set for himself – to succeed Mark Teixeira after the 2016 season.

Bird is a solid defender at first base, as he again showed Wednesday night.

“That’s the plan,” he said. “Everything has to fall into place. I’m working hard to make it happen.”

Now that he’s back in the Thunder lineup, and is getting his timing at the plate back, Bird’s plan ought to be back on scheduke, with that strained shoulder just a detour.