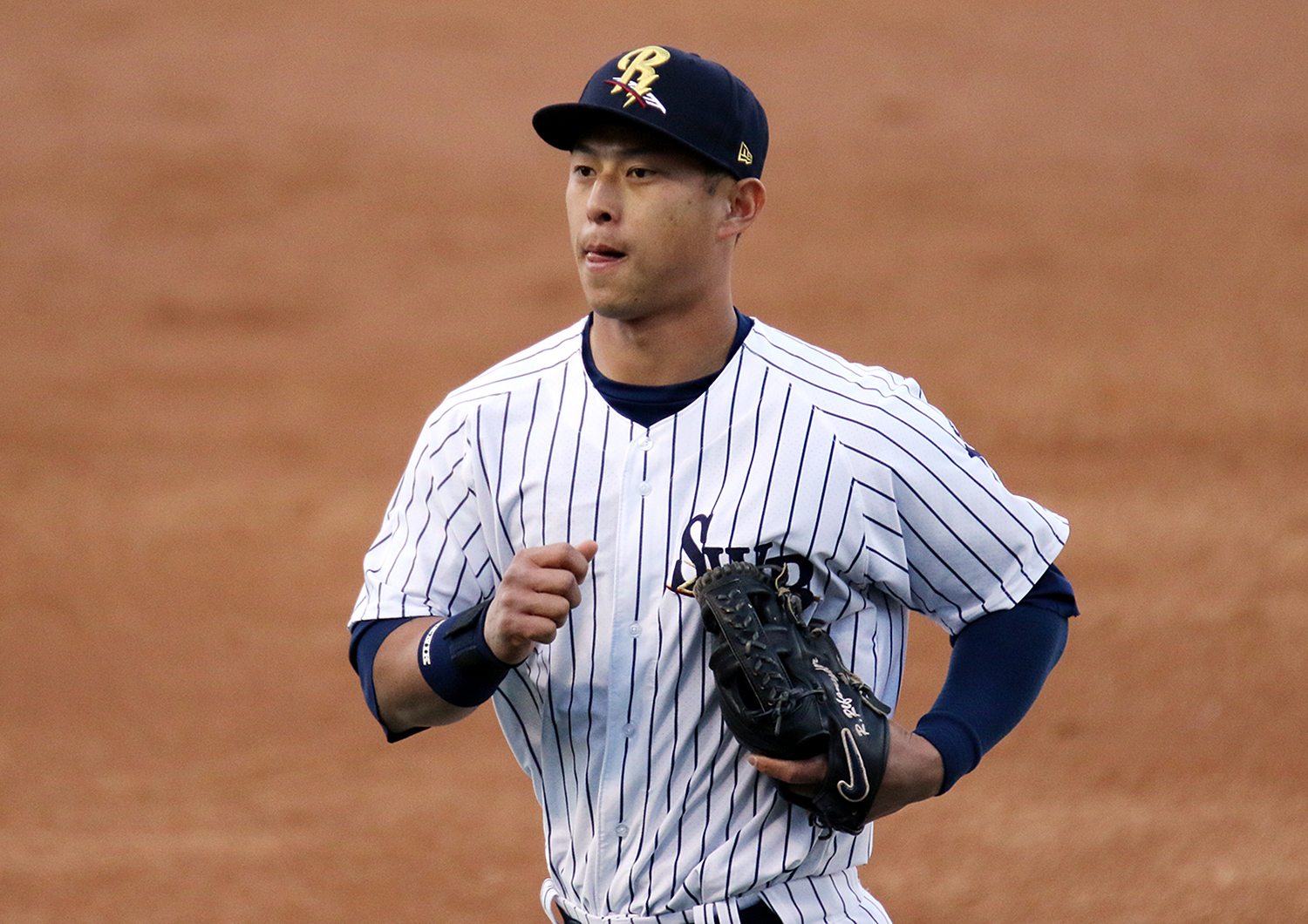 SWB falls to 0-5 versus Buffalo

Moosic, Pa. – The SWB RailRiders (Triple-A/New York Yankees) dropped a 10-2 decision to the Buffalo Bisons (Toronto Blue Jays) on Saturday afternoon at PNC Field. The RailRiders (3-6) have dropped all five of their meetings with the Bisons (7-2) on the young year.

SWB’s scores both saw Rob Refsnyder touch the plate. He doubled to begin the home seventh and later scored on Mason Williams’ sac fly to center. In the ninth, Refsnyder and Donovan Solano combined on back-to-back doubles to round out the game’s scoring.

Single scores in the second, fourth, sixth and seventh staked Buffalo to a 4-0 lead. Alex Monsalve’s infield single plated Dwight Smith for an unearned run in the second. Smith had reached on an error. Mike Ohlman and Monsalve began the fourth and seventh respectively with home runs. In between, Jason Leblebijian singled Rowdy Tellez home in the sixth. Buffalo ballooned its lead with three-run homers in the eighth and ninth by Leblebijian and Smith.

The three-game series concludes at 1:05 p.m. on Easter Sunday as SWB right-hander Chad Green (0-1, 5.40) faces southpaw Brett Oberholtzer (0-0, 0.00). The Family FUNDay, presented by NEPA Honda Dealers, will allow kids to run the bases after the game. The Kids Eat Free Sunday promotion, presented by Jersey Mike’s Subs, means kids 12 & under will receive a voucher for a mini-sub, bag of chips and a small drink to be redeemed at Jersey Mike’s Subs. It’s also a Kid’s Club Sunday. Any child registered in CHAMP’s Kid’s Club can come to the game for free as part of their membership. Before the game, fans can get autographs from RailRiders players. For tickets or more information, please call 570-969-BALL (2255) or visit swbrailriders.com.