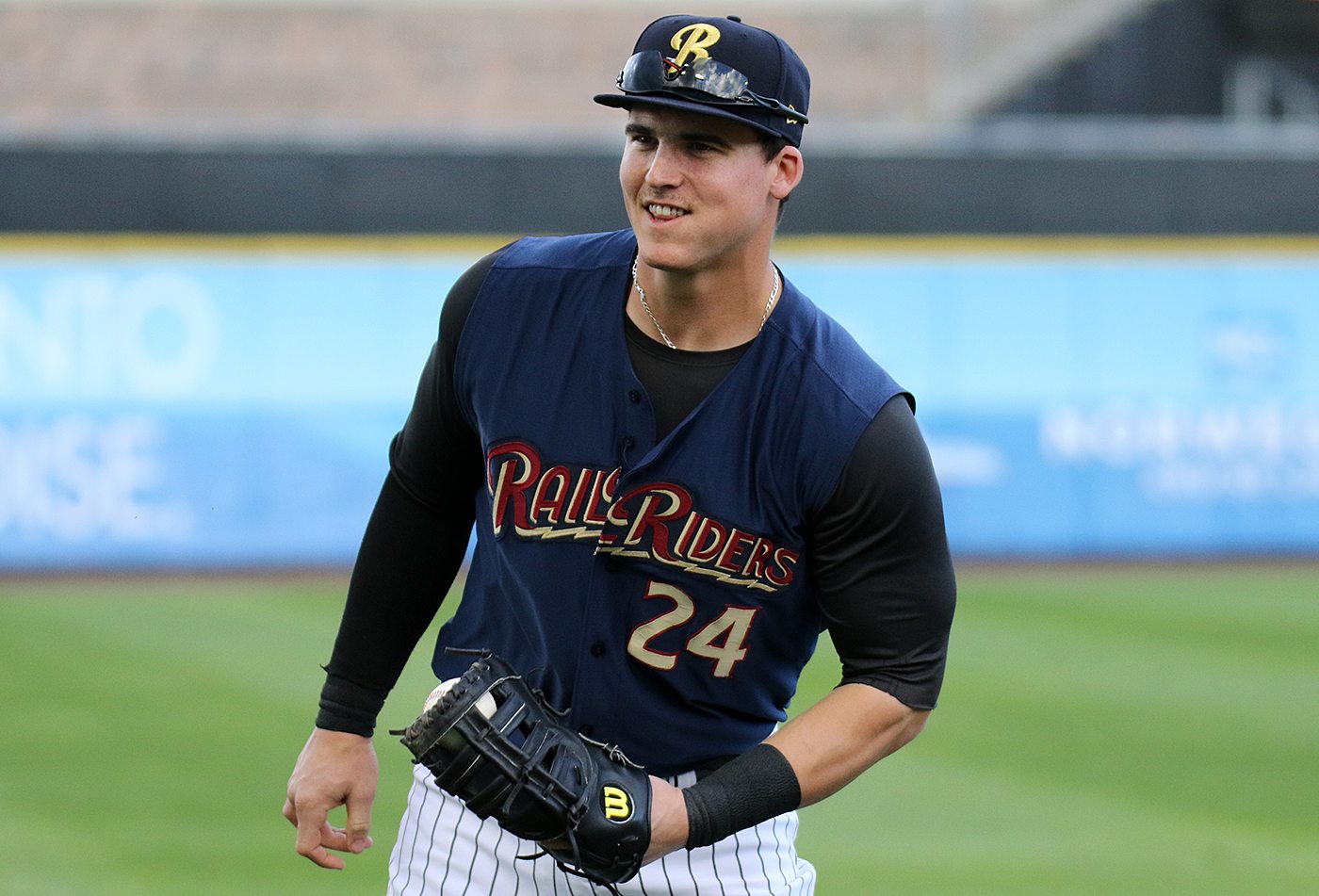 The Buffalo Bisons earned their first victory in eight attempts against the Scranton/Wilkes-Barre RailRiders this evening with a 6-5 victory at PNC Field. Tonight marks the first time since June 25th that the RailRiders did not have a lead in a game. Scranton is now 54-34 on the season, and 10-12 in one run contests. Yesterday’s victory against Buffalo gave the RailRiders a ninth consecutive series win or split.

Darrell Ceciliani immediately put the Bisons on the board by hitting his third home run of the season on the first pitch of the game from RailRiders starter Diego Moreno. The following batter, Andy Burns, drew a five-pitch walk and then stole second base with ease after getting a huge jump. Matt Dominguez advanced Burns to third on a ground-out to second. Jesus Montero brought Burns home on an RBI ground-out to third, giving Buffalo an early 2-0 advantage.

Ceciliani hit his second lead-off home run of the game when he sent a 1-1 offering from Moreno over the right-center field wall.

The Bisons took a 4-0 lead when Ceciliani drove in his third run of the game in the top of the fourth inning on a sacrifice fly to center field.

Scranton began to put together better at-bats against Buffalo starting pitcher Chris Leroux in the bottom half of the fourth. Aaron Judge led off with a 10 pitch ground-out to third. Ike Davis got on base in the following at-bat with a single to right field. Tyler Austin put the RailRiders on the board as he ripped a first-pitch fastball to deep center field for an RBI double. After a Jake Cave strikeout, Jonathan Diaz collected his 22nd RBI of the season when he sent a single into right field that just got past the diving first basemen Casey Kotchman. Pete Kozma tied the game up at four when he hit his first home run of the season over the left field wall off of a 1-0 slider from Leroux.

The Bisons retook the lead in the top of the sixth when Scranton reliever Tyler Webb balked home the go-ahead run, Matt Dominguez, with two on and two out. That marked the first balk that Webb has permitted in his professional career.

Giovanny Gallegos entered the game in the top of the seventh and promptly permitted a Matt Dominguez double, allowing the Bisons sixth lead-off batter to reach base. Jesus Montero advanced Dominguez to third on a ground-out up the middle. After a Domonic Brown strikeout, Melky Mesa gave the Bisons a 6-4 advantage on an RBI double to right field. The Bisons were 0-12 with runners in scoring position until this point of the game. Mesa pulled up limping at second with a hamstring injury and was immediately replaced by Alexi Casilla.

Tyler Austin pulled Scranton within one run in the bottom of the eighth inning with his 15th double of the season on a line drive to center field.

The RailRiders return to action tomorrow night at 7:05 pm when they host the Rochester Red Wings. Kyle Haynes (3-3, 4.35 ERA) looks to put Scranton back in the win column against Jose Barrios (8-3, 2.43 ERA).