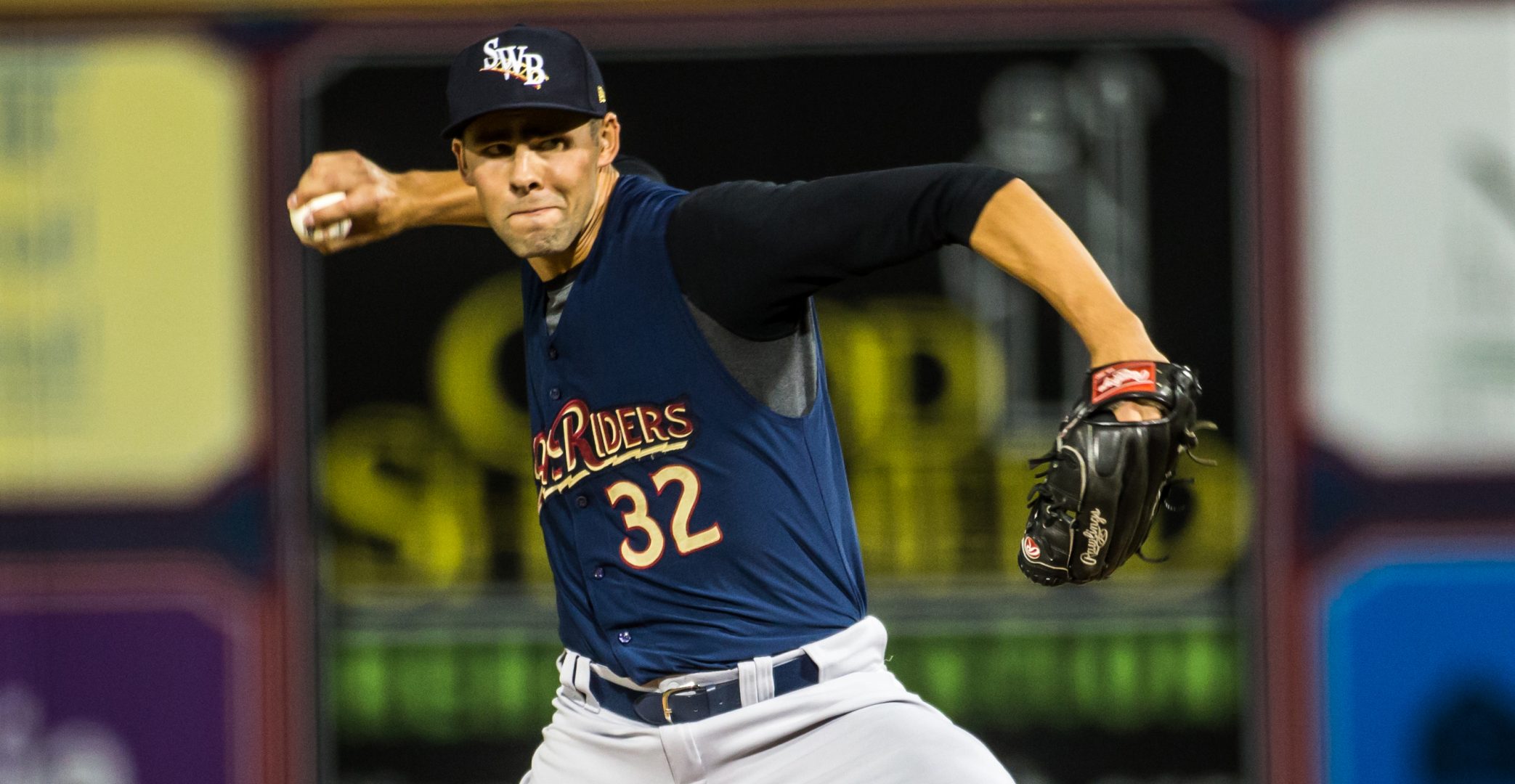 Buffalo, N.Y. – The SWB RailRiders (Triple-A/New  York Yankees) were on the wrong side of 4-3 and 9-6 scores in a doubleheader sweep defeat at the hands of the host Buffalo Bisons (Toronto Blue Jays) on Sunday afternoon. The RailRiders (0-3) were swept on the weather-shortened three-game series for the franchise’s first 0-3 start since the inaugural RailRiders began the 2013 season at 0-4. Buffalo (3-0) went 8-for-16 with men in scoring position on Sunday.

In the opener, the RailRiders blew leads of 2-0 and 3-2 with the final blow a two-run walk-off homer by Christian Lopes off of Ben Heller (0-1). Reliever Wil Browning (1-0) got the win for Buffalo.

The second affair saw SWB grab a 3-0 lead in the first inning with Dustin Fowler’s two-run opposite-way homer the big blow. Buffalo responded with a six-run fourth as seven straight hits, mostly on the infield, chased lefty Tyler Webb. The RailRiders responded when Fowler launched another homer, a three-run game-tying blast to right for a 6-6 draw in the fifth. Jason Leblebijian hammered a two-run home run in the fifth to snap the tie and Dwight Smith singled home an insurance run in the sixth.