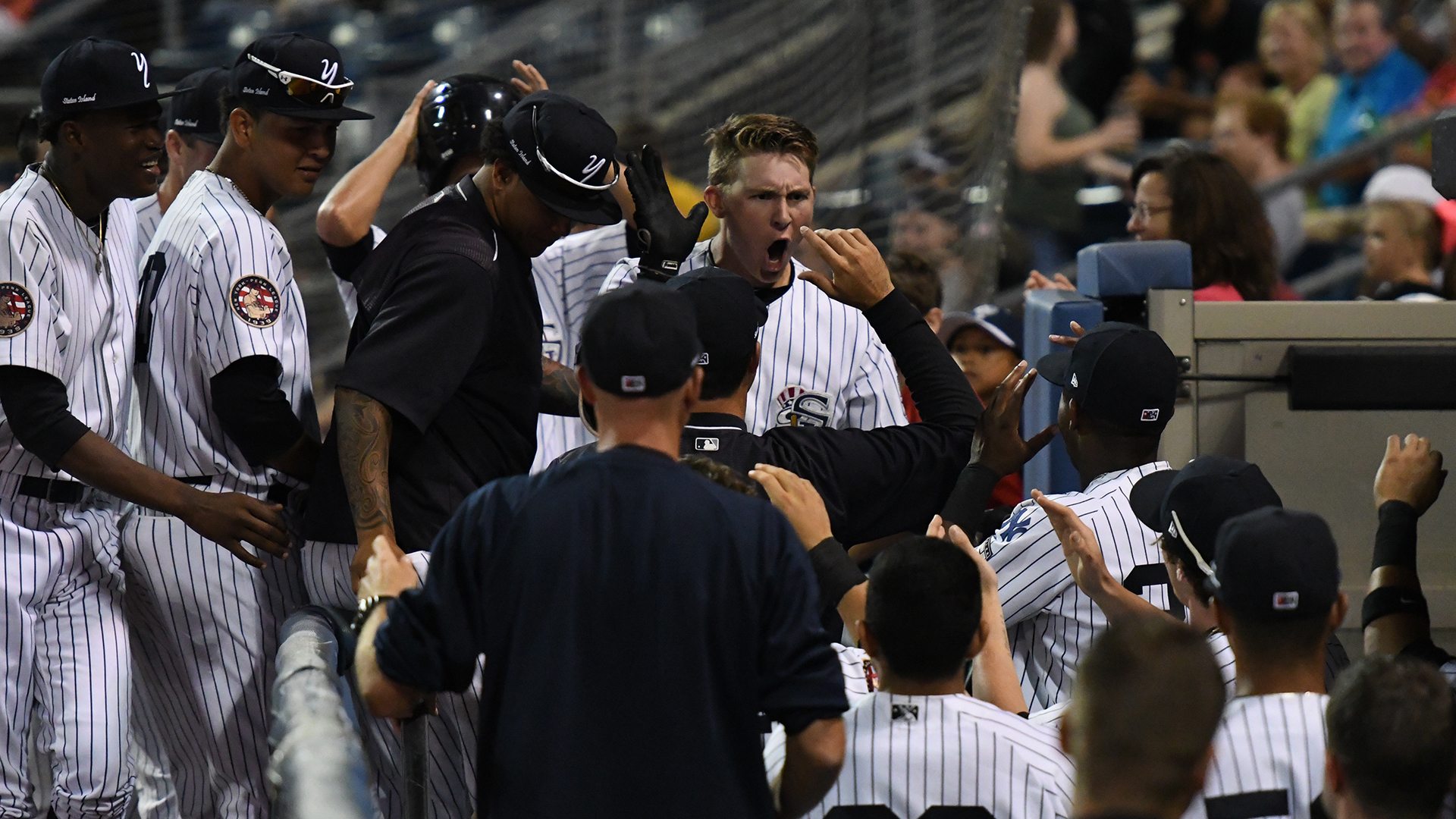 A homerun by Dalton Blaser with two-strikes in the bottom of the ninth inning forced extra innings, leading to Dom Thompson-Williams walk-off base hit with runners at second and third in the 10th to give the Staten Island Yankees the victory in their home opener.

Staten Island remained in the lead until the top of the third inning.  After an error and walk put two runners on the bases, Yankees starter Daniel Alvarez gave up a three-run shot to Branden Becker to give the IronBirds the lead. 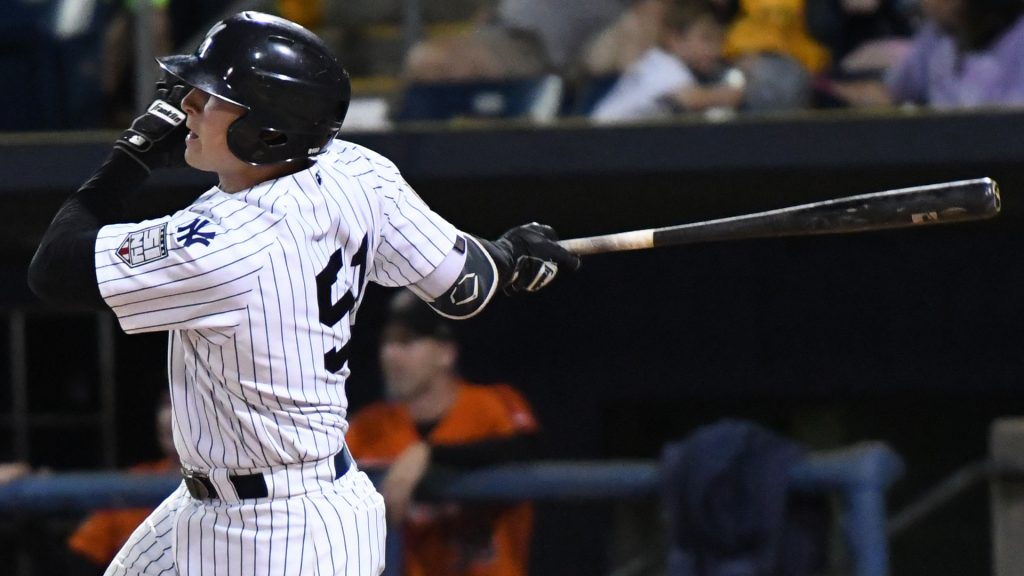 That is where the score would stay until the bottom of the ninth inning and Dalton Blaser tied the game with a big homerun that woke up the Yankees dugout, breathing new life into the team.

“I was just trying to get a good pitch to hit,” Blaser said after the game, “I was kind of thinking, he kind of threw a fastball in and he kind of got me on the side the pitch before that and I didn’t think he was going to double up on a fastball, so, I figured maybe he’ll throw me that slider and leave it up and fortunately I got a pitch to hit and put a good swing on it.”

After he hit the homer, the Staten Island dugout exploded.  “I think was just as fired up as all the guys were,” Blaser said, “I used to speak a little Spanish and I couldn’t say anything in English for some weird reason. I think I was so fired up that I was talking Spanish the entire time, and all the Latino guys were looking at me like, ‘is he speaking Spanish right now?!?” 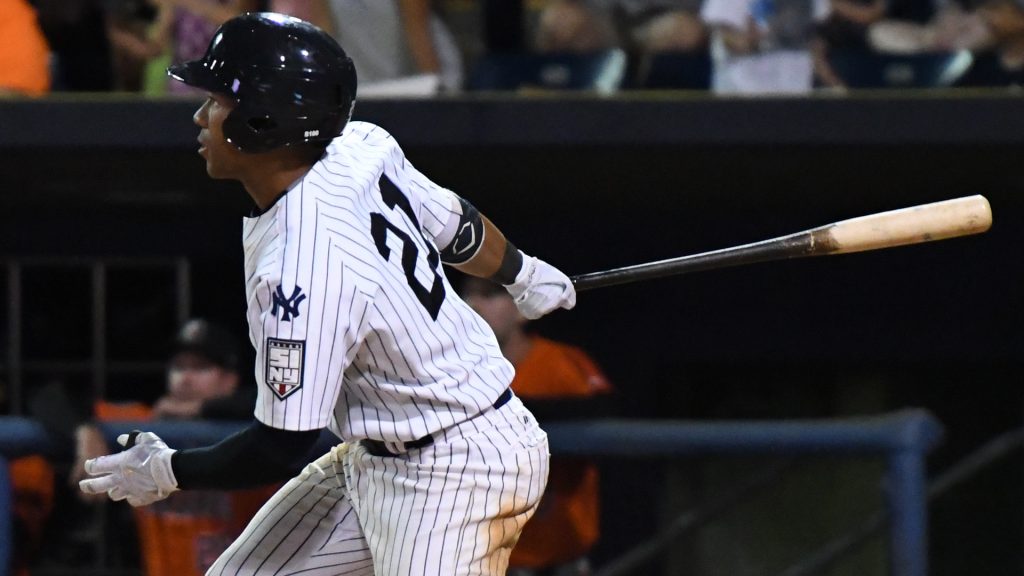 Dom Thompson-Williams had the walk-off base hit in the 10th inning. (Robert M. Pimpsner)

In the bottom of the tenth Cesar Diaz singled and then moved to second when Carlos Vidal sacrificed him over with a perfectly placed sac bunt to the pitcher.  After Jason Lopez was intentionally walked the Aberdeen catcher threw the ball into centerfield on a pickoff attempt, allowing both runners to move up 90-feet.  Chris Hess then worked a walk before Dom Thompson-Williams hit a fly ball to right field that the right fielder dived and missed, allowing Diaz to score and the Yankees to win at home for the first time in 2017.

“We had bases loaded, so I couldn’t see how far the ball was out,” said Yankees manager Julio Mosquera, “I just told my runner at third base you’re tagging because even if he catches the ball you’re going to score.  Cesar Diaz is one of the fastest guys we have on the team so I just told him tag, tag, tag.  The only chance he had to catch the ball was on a diving play.”

Wilkerman Garcia got the start for the Yankees but was pulled from the game after the first inning.  Mosquera confirmed there was no injury.  The decision to pull him was a manager’s decision.  In the bottom of the first Garcia was caught stealing after reaching base on a wild pitch, which may have played a roll.

“We will check with the trainer and check to see what is going on with him [Timmy],” Mosquera said. 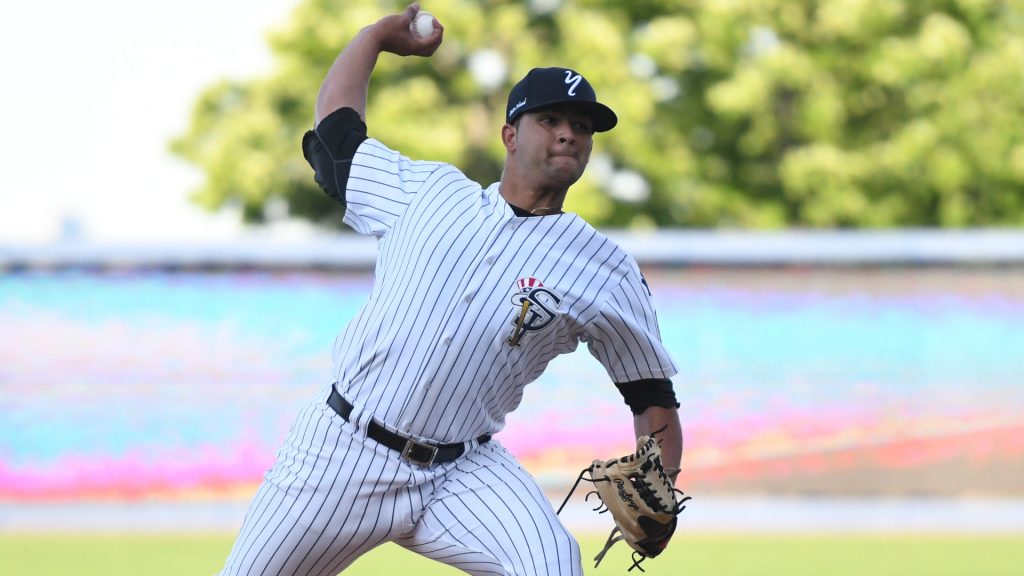 Daniel Alvarez did not factor in the decision but he struck out seven batters over five innings of work, allowing three runs, two earned, on just one hit and three walks.

“I thought he threw the ball pretty good today,” said Mosquera, “he made one mistake.  You know, a 2-0 fastball right there and the guy put a good swing on it and turned the game around. Other than that, I think he mixed his pitches pretty good, utilized his changeup and his breaking ball and tried to locate his fastball.  He competed all the way to the end and gave us a good start.”

Alex Bisacca and Luis Cedeno each threw two shutout innings each.  Cedeno reached as high as 94 miles per hour and struck out four batters.  Greg Weissert earned the win with a scoreless tenth inning.  He allowed two hits and struck out two batters.

Sunday afternoon the Yankees will have Jhony Brito on the mound as they go for their third consecutive victory.  Game time is 4:00 PM.