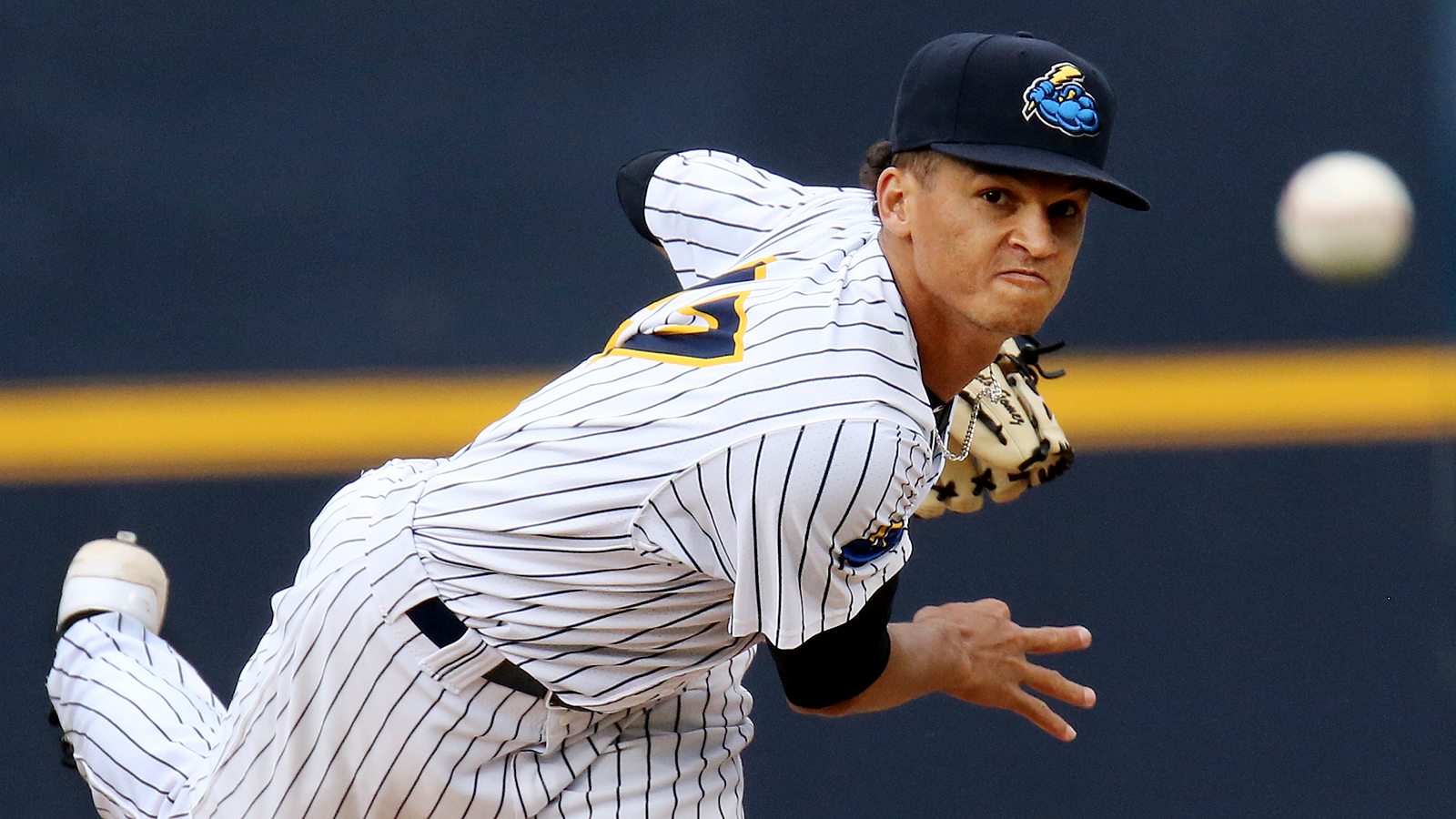 The Yankees received Anyelo Gomez back from the Braves on Tuesday. (Martin Griff)

The Yankees announced on Tuesday afternoon that they have received Rule-5 draft selection Anyelo Gomez back from the Atlanta Braves organization and have assigned him to Triple-A Scranton.

The 25-year old right-hander was a fairy unknown commodity in the Yankees system when last season began; he opened the year with Low-A Charleston and pitched himself all the way to Triple-A by the time the season came to a close. In total, Gomez went 5-3 with a 1.92 ERA in 70 1/3 innings spanning 38 appearances in 2017.

The Braves opted to select Gomez in the Rule-5 draft and before recent struggles in his last few appearances, seemed like a good bet to make the Atlanta Roster in the early going. In seven games, Gomez had gone 1-1 with a 10.80 ERA. He has allowed ten runs in 8 1/3 innings, but nine of the ten runs had been allowed in his final two appearances.