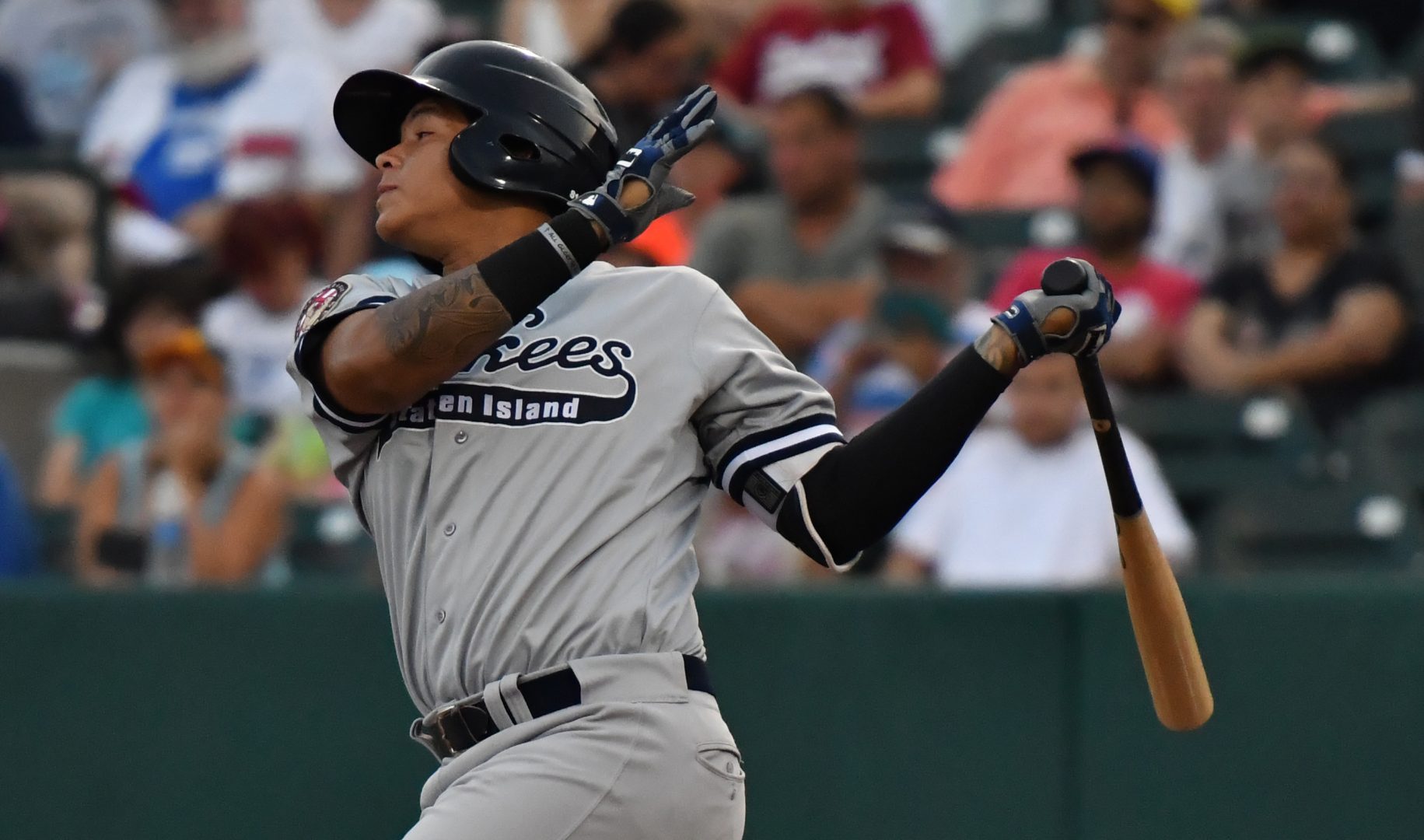 BROOKLYN, N.Y. – The Staten Island Yankees earned the New York Penn League’s best record on the strength of dominant pitching. On Tuesday, the Brooklyn Cyclones took a chapter out of their playbook matching their rivals on the mound, in a tightly contested 3-2 victory behind an efficient six-inning performance from Brooklyn starter Jose Carlos Medina.

“I think this was one of the first times we scored some runs for Medina,” Brooklyn manager Edgardo Alfonzo said. “He keeps up in the game and knows how to pitch. The sooner you get ahead in the count, the easier it is for the pitcher to get into a rhythm because they are attacking the hitters. Every time we do these things, we have a chance to survive.”

From the onset, it became apparent that scoring chances were less prevalent than the previous evening for Staten Island. Medina’s plan was to remain ahead of the count, and the strategy worked accordingly with a perfect first inning, striking out Dom Thompson-Williams, who entered play batting .455 in six games against Brooklyn. Medina also had the aid of sparkling defense from first baseman Matt Winaker. The Stanford alum made diving stops on Dalton Blaser and Leonardo Molina in consecutive innings to curtail a potential threat.

Matching Medina’s output was Staten Island starter Daniel Alvarez with his use of the inside portion of the plate to attack opposing hitters. Capitalizing on Brooklyn’s propensity to chase pitches, Alvarez remained in control, notching six strikeouts in 4.1 innings. The Cyclones altered their approach and broke through in the fifth inning when Reed Gamache doubled to center field to plate Winaker and take a 2-1 lead and end the night for Alvarez, who took the loss after allowing the go-ahead run to score.

“Mixing pitches and working both sides of the plate can have a positive effect against any hitter,” Staten Island manager Julio Mosquera said. “The plan is to see what kind of weaknesses the opposing hitter has, and as a pitcher, you just have to go with them. When you have that chance, it’s something you have to attack.”

Brooklyn ranked last in the New York-Penn League with a .221 batting average in the first third of the season but received strong contributions from the top of the batting order with Winaker and Gamache combining for five of the team’s seven hits. Another key hit came on a Carlos Sanchez ground-rule double in the sixth inning for added insurance.

“This was something we were looking for,” Alfonzo said referring to the impact of Winaker and Gamache. “Those two guys at the top of the batting order make a huge difference. They don’t have a lot of speed, but it’s about the at-bats they put together. We are looking to get guys on base and have the rest of the guys do some damage.”

When Medina exited the game in the seventh, Staten Island started showing life with their bats against reliever Tony Dibrell. Cody Brown doubled after a Jason Lopez walk to place two runners in scoring position for Cesar Diaz, who came through with a sacrifice fly to cut the lead to 3-2. Another opportunity presented itself in the ninth inning as Nelson Gomez led off the frame with a double, but was left stranded at third base to end the contest.

“These are the things we have done all year,” Mosquera notes. “We never give up at-bats because we are competing all the time in every situation. The thing we try to do is work until the last out. Brown gave us a huge hit at the time. He goes out there and gives you good at-bats each time. Gomez is working on staying up the middle at the plate, and things are going to pay off for him.”

Staten Island will close their six-game road trip on Wednesday with Jorge Guzman (3-1, 2.83 ERA) toeing the rubber opposed by the southpaw Marty Anderson (0-1, 2.25), who made his Brooklyn debut on July 7 after signing with the Mets’ organization out of the Frontier League.