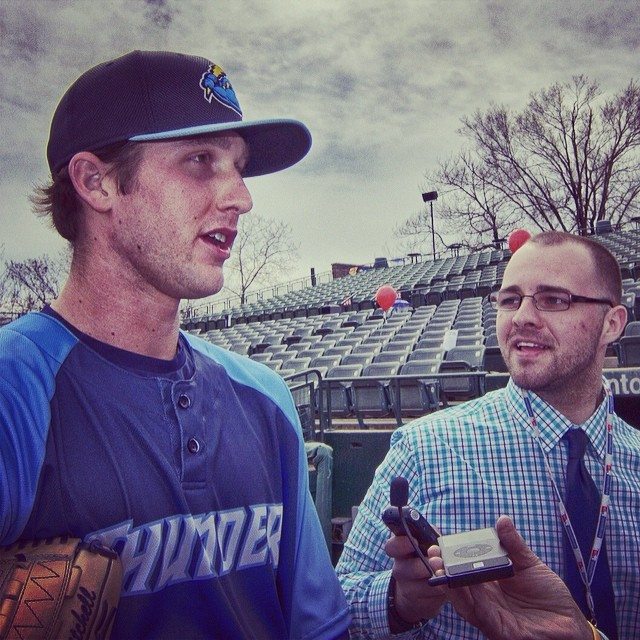 Bryan Mitchell is expected to pitch for Trenton on Thursday. He pitched for the team in parts of the 2013-2014 seasons.

The 25-year old Mitchell has not pitched in the big leagues this season after being forced out of action in spring training with a Grade III left turf toe and a fracture to his sesamoid bone. Mitchell underwent immediate surgery and was placed on the 60-day disabled list on May 14.

Mitchell began his way back to the bigs on August 8 by throwing 41 pitches over three innings of work for Low-A Charleston. He surrendered three hits and three earned runs, including two homers in that opening outing. Five days later, Mitchell toed the rubber for High-A Tampa and tossed 42 pitches in 2.1 innings; he allowed two earned runs on five hits.

We last saw Mitchell in Trenton back in 2014, the same season that he made his major league debut. The right-hander has pitched 17 career games/16 starts for the Thunder and has gone 2-5 with a 4.16 ERA spanning 80 innings of work.