Bryan Mitchell takes his first step back to New York 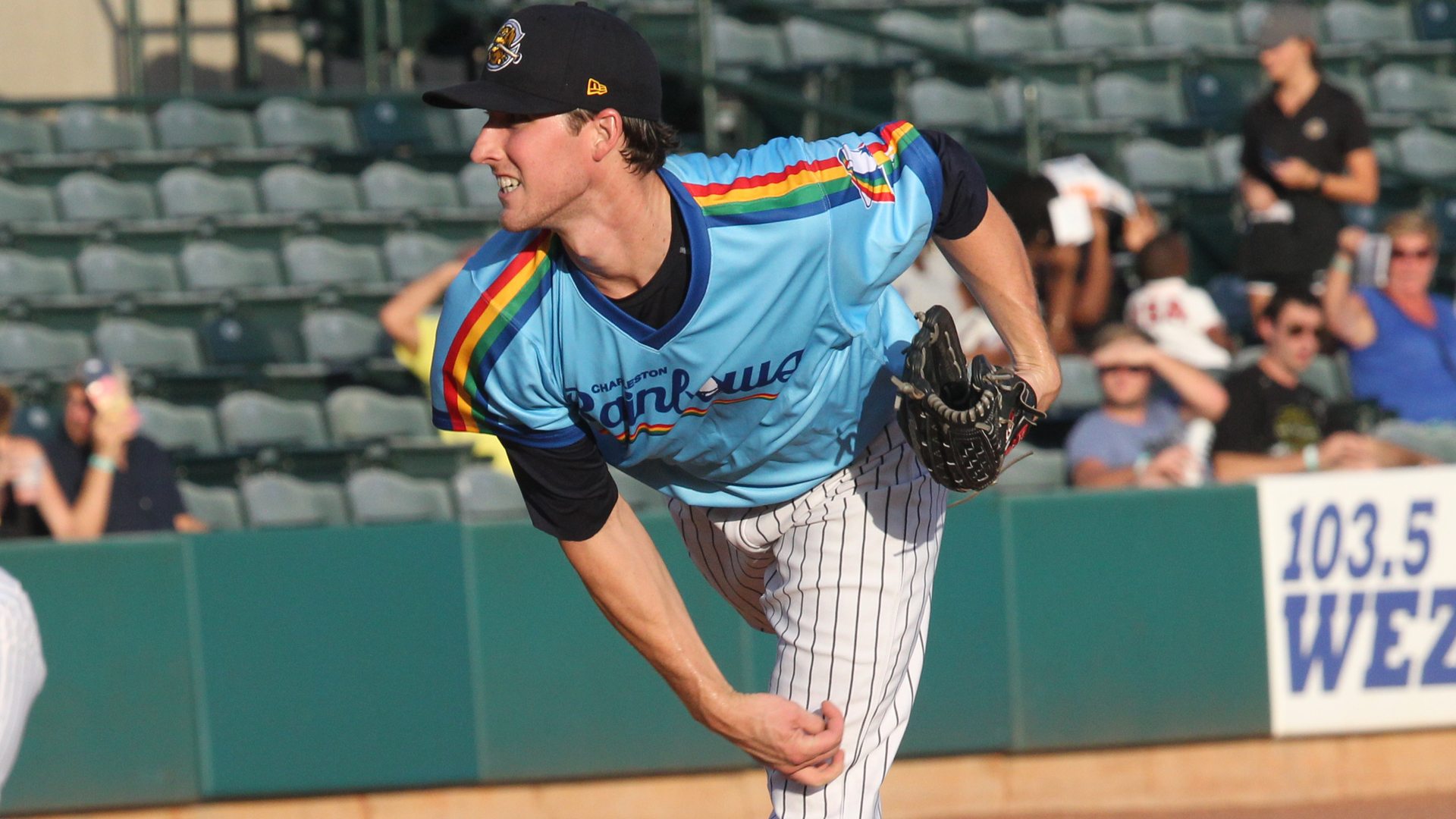 Bryan Mitchell working his way back to the big leagues with the RiverDogs last season. (Charleston RiverDogs)

Bryan Mitchell made his first rehab appearance Monday night for the New York Yankees while starting for the Charleston RiverDogs against the Rome Braves, coming back from foot surgery that has sidelined him to this point of the season.

Mitchell came out throwing hard but had issues with his control early. His fastball consistently hit 96 on the radar gun but was wild, mostly high in the zone, in the first inning. “Considering it was my first game I was honestly pretty nervous out there in the first inning. I feel good now, and it’s only going to get better,” Mitchell said about his first-inning wildness.

Leadoff hitter Anfernee Seymour dropped a bunt down the third base foul line and beat out the throw from Mitchell for an infield single. When asked whether he was worried about making that play after surgery on his foot, Mitchell said, “It’s not even a thought at this point.”

Seymour then stole second, then reached third on a ground out by Ray-Patrick Didder to first. Austin Riley then came to the plate for Rome and hit a 95 mile per hour fastball over the right field fence to give the Rome Braves a 2-0 lead in the first.

After that, Mitchell settled down after that, pounding the strike zone and getting Justin Ellison to pop out to shortstop Kyle Holder. He then struck out Jonathan Morales with a nasty curveball to end the first.

Mitchell was much more in control in the second and retired the Braves 1-2-3. He got Jared James on a high pop out to left field, retired Tyler Neslony on a chopper to short and then struck out Carlos Castro with another nasty curveball. “That’s my go-to pitch; that’s my bread and butter. Whenever I want a strikeout or need an important pitch, that’s what I’m going to do,” Mitchell said about his success with his curveball.

Kevin Josephina led off the third for Rome and hit a 94 mile per hour fastball over the right-center field fence for a 3-0 Braves lead. “The fastball command tonight wasn’t very good. I wasn’t very pleased with that, but in those games, you just have to go to the offspeed stuff to get your timing back, and I felt like I did that pretty well tonight. I mean you’re not going to have every pitch, every night, so you just adjust,” Mitchell said.

After the third inning, Mitchell went back down to the bullpen to throw some more in the bullpen. During the game, Mitchell threw 41 pitches, 29 of which were strikes. He pitched three innings, gave up three hits and three runs, all earned. He struck out two and walked nobody. 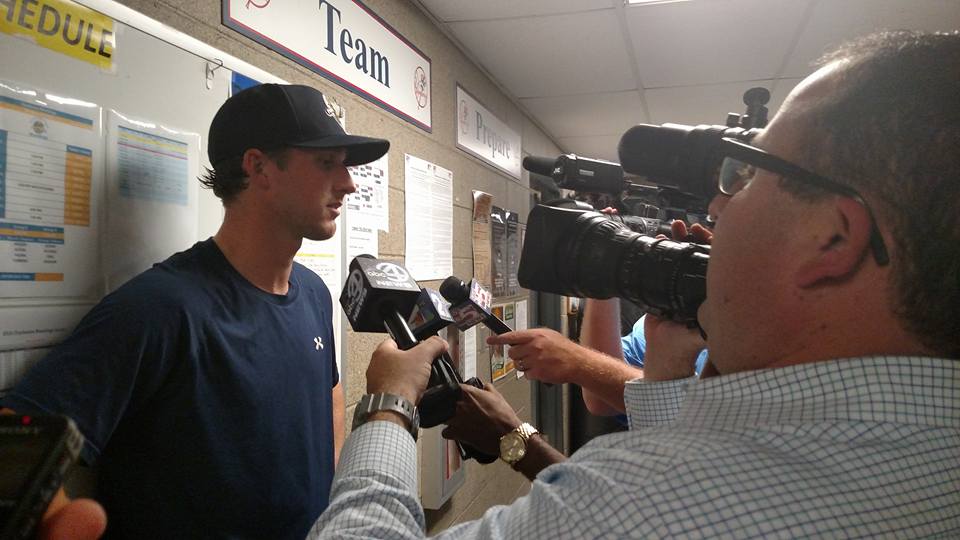 Bryan Mitchell talking to the press after the game. (Joe Dixon)

As for the next move on his way back to the Yankees, Mitchell had this to say, “All I know is that I’m going back to Tampa tomorrow to just figure out our next step. That’s really all I know. It’s day by day at this point. At this point, I’m pretty sure I’m going to be on a 5-day rotation, so it just matters how many rehab starts there are going to be.”

Despite having some control issues while giving up two home runs, Mitchell viewed his stint in the bigger context. “I just wanted to feel good out there and be healthy when I left the game. I think I accomplished the main goal for this It’s just about getting built back up to where I was at the end of spring training. I think I accomplished it,” Mitchell said.

As for the rest of the game, the RiverDogs came back from the three-run deficit to defeat Rome, 4-3. Anyelo Gomez (4-2) picked up the win throwing six scoreless innings, allowing only one hit, lowering his ERA to 4.29. The Dogs took the lead in the seventh when Jhalan Jackson singled in Gosuke Katoh with an infield hit. Ricardo Ferreira paced the offense going 4-for-4 with a double and a triple.