Bullpen a Key to Thunder Success 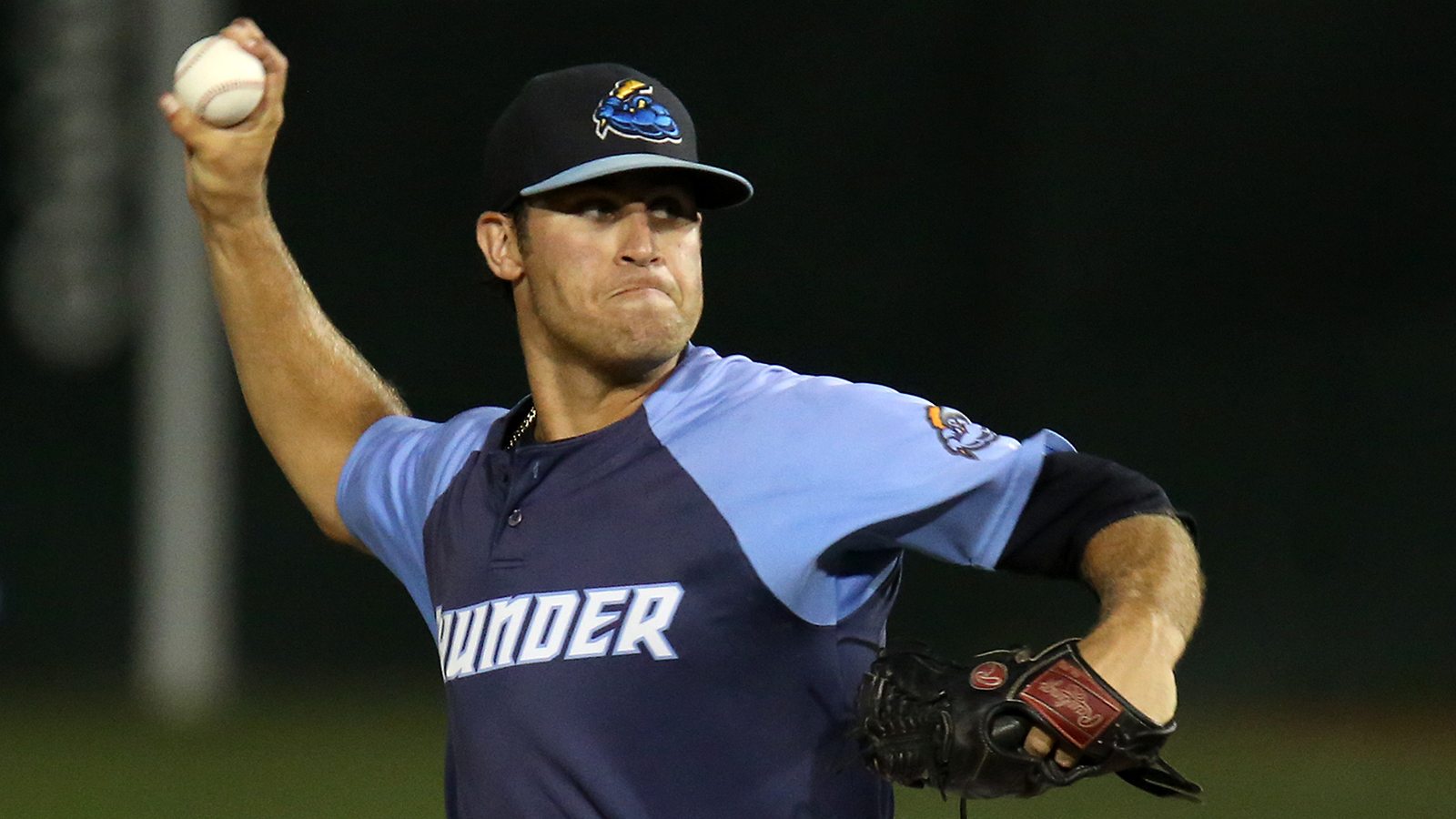 TRENTON, NJ – One of the major reasons the Trenton Thunder entered Tuesday evening’s game with Akron with a 76-45 record is certainly their pitching.

The Thunder staff has an ERA of 3.03, which is 52 points ahead of second-place Richmond. Its 13 shutouts and 1,013 strikeouts easily lead the 12-team Eastern League.

“I talked to our pitchers today, telling them what a contribution they have made to what our record is,” said Thunder manager Bobby Mitchell before Tuesday night’s confrontation with the RubberDucks. “They all have stepped up. Rosie (Trenton pitching coach Jose Rosado) has done a great with them.”

“And we don’t have the same guys pitching we did earlier in the year,” said Mitchell, referring to the promotions to Triple-A Scranton/Wilkes-Barre of the likes of right-hander Brady Lail and left-handers Dietrich Enns and Jordan Montgomery, who was briefly placed on the Thunder roster this past weekend on a “paper’ move’ to  temporarily open a spot on the Triple-A RailRiders roster.

Also, right-hander Vicente Campos was traded to Arizona for reliever Tyler Clippard, who threw a no-hitter for Trenton at Harrisburg in 2006, at the trade deadline.

“The guys who have gone up have continued to do well,” added Mitchell. “That is what we like to see. The idea is to get better.”

While the present Thunder staff, led by right-hander Chance Adams, who is 13-1, 2.42 between Class-A Advanced Tampa and the Double-A Thunder, and left-hander Dan Camarena, who is 8-4, 3.16 with Trenton – and who was just named by Baseball America  as having the best control in the Eastern League – is certainly throwing well, a wall is coming.

“Chance is one of our guys who is on an innings limit,” he said. “That makes our bullpen, which has also been outstanding, a key as we head into the last 20 or so games this season and hopefully the playoffs.”

The Thunder, despite losing closer Jonathan Holder to Scranton in July with his 3-1, 2.20 mark, and 1o saves, the Trenton bullpen leads the Eastern League with 43 saves, No other club in the circuit has a better bullpen.

“Tyler has stepped up,” said Mitchell. “We did some work on his mechanics and things have worked out real well. He’s a key reliever working high-leverage innings.”

Jones is also naturally excited about what has transpired,

“I was a Minor League Free Agent, and Atlanta did not seem interested in signing me,” said Jones, 26, who recorded 22 saves in 2015 between Single-A Carolina and Double-A Mississippi. “The Yankees were interested, and I couldn’t be happier.

“The coaches, especially Rosie, did some work with me. My velocity is up (95-96 on the fastball), and I’m helping the team. I’m pleased to be where I am.”

Another reliever who has emerged, and is also contributing, is right-hander Travis Hissong, who, after stints at Class-A stops Tampa and Charleston, is 3-0, 2.84 in 11 Trenton appearances.

“Travis has emerged as the pitcher we can use for multiple innings,” said Mitchell.

Right-hander Matt Wotherspoon, who also pitched well for the RailRiders, has been a multi-inning stalwart – 3.2, 2.23 with five saves in 22 appearances in Trenton and right-hander J.P. Feyereisen, who registered a 4-3, 2.23 mark with five saves as Akron’s closer – coming to the Thunder as part of the Andrew Miller trade (he is 1-0, 1.23 in four Thunder showings – have made major contributions.

Working to come back is right-hander J.R. Graham, who pitched in a few rehab assignments at Staten Island.

“J.R, ought to be back pretty soon.” said Mitchell.

Just in time to give the top bullpen in the Eastern League a boost going down the stretch.

In this article:Jordan Montgomery, Trenton Thunder