Bullpen Falters as RailRiders are Swept 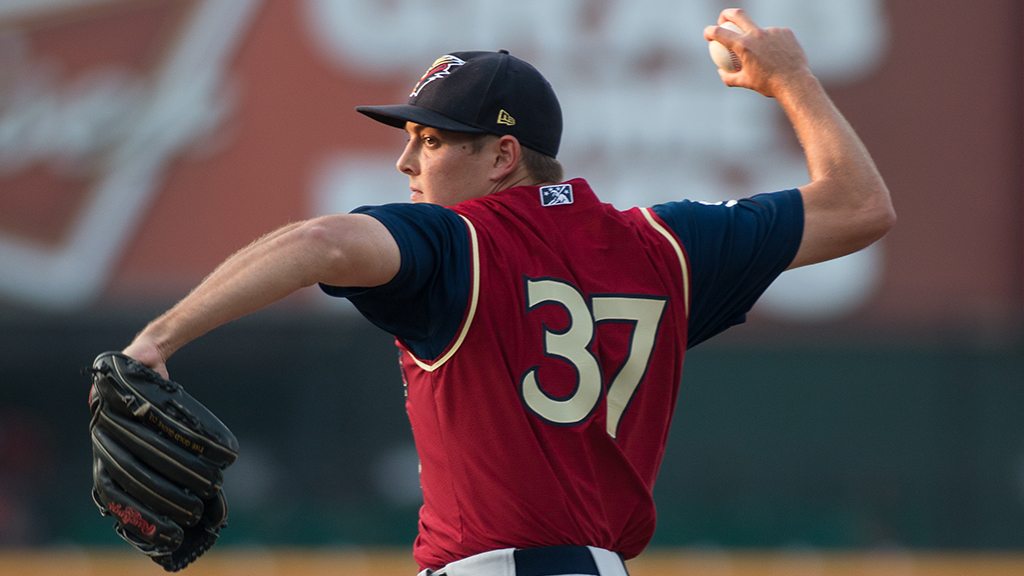 ALLENTOWN, Pa. – Russ Canzler singled over shortstop with a drawn-in infield to plate Tyler Henson from third base and the Scranton/Wilkes-Barre RailRiders ( lost in 10 innings and walk-off fashion to the Lehigh Valley IronPigs (Philadelphia Phillies) at Coca-Cola Park on Wednesday night, 3-2. SWB (43-37) has lost a season-worst six in a row. Combined with Rochester’s 8-4 win over Pawtucket, the RailRiders fell out of first place for the first time since claiming the catbird seat on June 9.

Tyler Henson tripled off the wall in left-center to start the 10th against reliever Danny Burawa (1-2). After Brian Bogusevic grounded out to second with the infield in, Canzler connected on the walk-off winner.

The RailRiders return to PNC Field for a six-day, seven-game homestand starting on the Fourth of July against the Buffalo Bisons (Toronto Blue Jays) at 7:05 p.m. Fans 18 and over will receive a voucher for a scratch-off ticket courtesy of the PA Lottery which will also present a post-game fireworks extravaganza. On Sunday, July 5 a day-night doubleheader will have separate nine-inning games at 1:05 p.m. and 7:05 p.m. The first 2,500 fans in attendance for the Sunday nightcap will receive a Rob Refsnyder bobblehead, presented by Keystone Sanitary Landfill. For more information please call (570) 969-BALL (2255) or visit swbrailriders.com.

Aaron Judge went 2-for-4 with a pair of walks. He has reached base safely in 10 of his last 12 plate appearances.

The RailRiders have been outscored 43-15 during their six-game slide.

SWB had not lost six in a row since a seven-game dip from May 18-25, 2013. That slide started with a four-game sweep at Columbus and carried into three losses at home against Durham.

Rob Refsnyder singled once and walked twice. Since moving to the clean-up position, he is 5-for-13 (.385) with five walks.

SWB lost for the first time in six extra-inning games.

The RailRiders suffered their fourth walk-off loss of 2015 and their first since June 7 at Rochester.