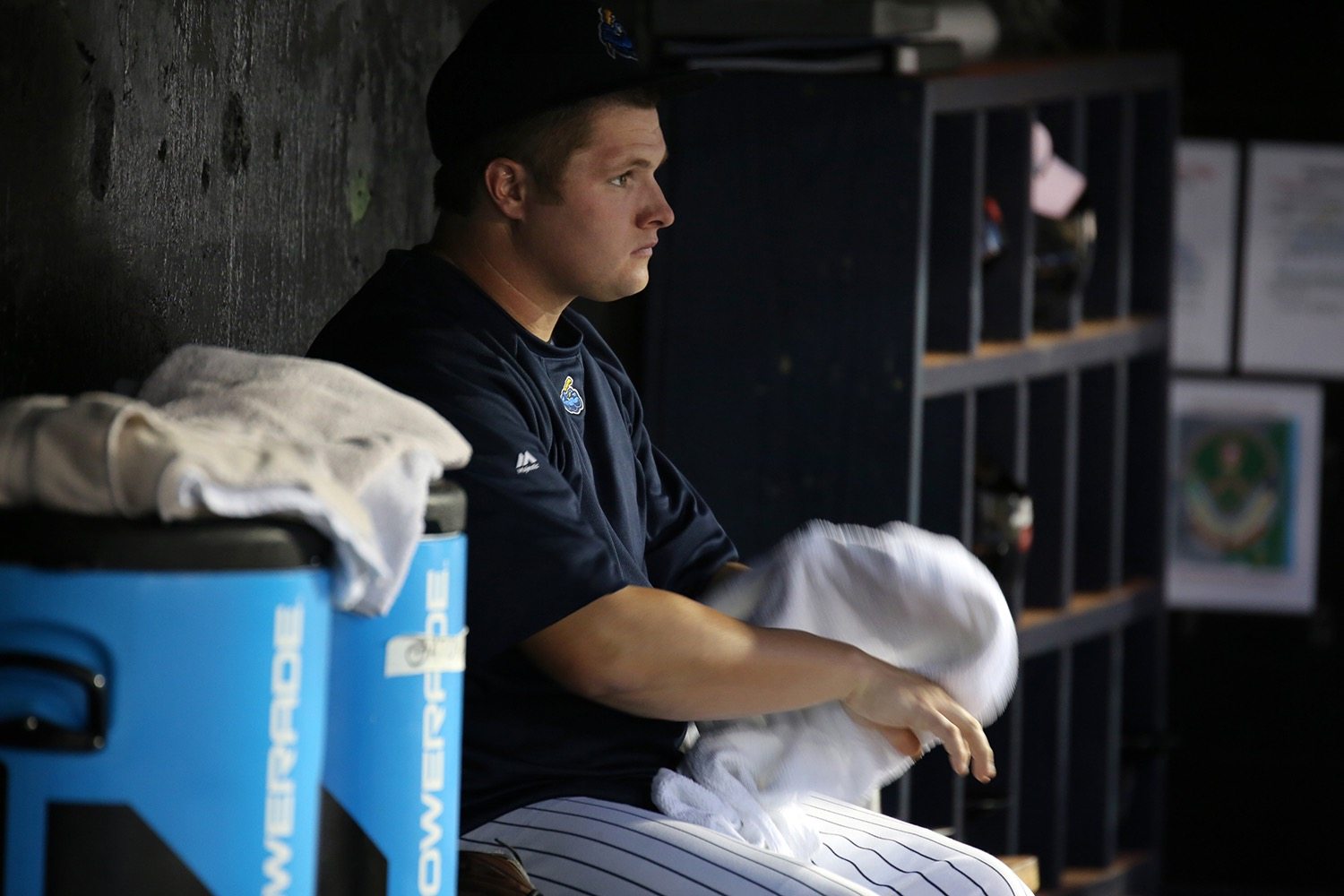 TRENTON, NJ – New Hampshire’s K.C. Hobson hit a go-ahead solo home run in the top of the tenth inning to complete a come-from-behind victory, 7-6, for the Fisher Cats on Monday night at ARM & HAMMER Park.

After trading runs in the early inning, the Thunder jumped out to a 4-1 advantage with two runs in the third and another in the sixth. New Hampshire grabbed the lead in the top of the seventh against reliever Matt Tracy.

A lead-off double by Wilkin Castillo began the frame and the Fisher Cats worked the bases loaded with a walk by Matt Dean and a single from Jorge Flores. After a strikeout, Jon Berti was hit by a pitch and Dwight Smith Jr. singled home a run to bring the visitors within one. After a pitching change, Rowdy Tellez drove in the tying run with a sacrifice fly to deep right and the Fisher Cats would go ahead, 5-4, later in the frame when Mark Montgomery delivered a wild pitch.

The Thunder rallied back into the lead in the bottom half of the seventh. Dustin Fowler was hit by a pitch and following a pitching change, Tyler Austin singled and Dante Bichette Jr. walked to load the bases. Kyle Higashioka then lined a base hit off of the glove of Matt Dean to tie the game and after SS Jorge Flores committed a throwing error, the Thunder took a 6-5 lead.

New Hampshire managed to tie the game in the ninth against Giovanny Gallegos. Roemon Fields led off with a single and moved to second on an errant pickoff throw. One pitch later, he stood at third after a passed ball and Dwight Smith Jr. drove in the tying run with a single. While Gallegos was able to finish the frame with a strikeout/caught stealing, he returned to the mound in the 10th and gave up the go-ahead blast to Hobson.

Kyle Higashioka led the Thunder offense with a three-hit game and Juan Silva drove in a pair. Cale Coshow started for the Thunder and threw 5.2 innings, allowing only one unearned run.

Your Thunder will play game two of their series against the Fisher Cats on Tuesday night at 7pm. RHP Ronald Herrera will start for the Thunder, LHP John Anderson will go for New Hampshire. It’s Super Value Tuesday at the ballpark with Kids Eat Free and $1 hot dogs presented by Black Bear Franks. Tickets are available by phone at 609-394-3300 or online at TrentonThunder.com.