Bullpen should be center stage at Winter Meetings for Yankees 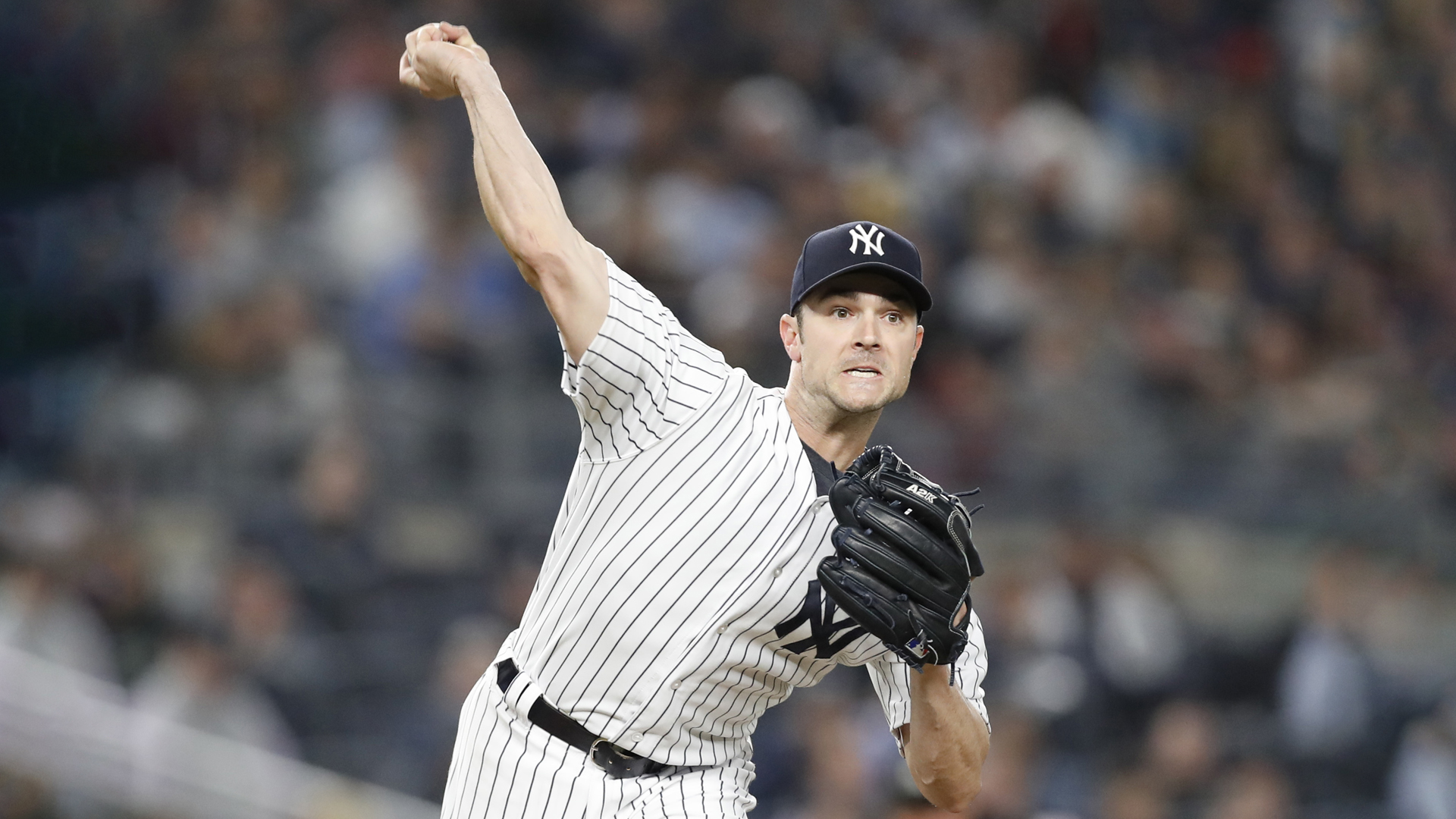 New York Yankees relief pitcher David Robertson throws to first to hold a runner on base during the seventh inning of a baseball game against the Boston Red Sox in New York, Tuesday, May 8, 2018. Robertson was the winning pitcher in the Yankees 3-2 win over the Boston Red Sox. (AP Photo/Kathy Willens)

The New York Yankees are getting set to head to Las Vegas for the annual Winter Meetings, a lot of the talk around the organization is about how they should address the starting rotation whether it be in free agency or a trade. With that being said, there is one other need that has to be addressed this week, and that is in the bullpen.

Of course, in this day and age of baseball, it is essential to build an elite bullpen. While the reliever market has been cold during this hot stove season, once one pitcher signs, the rest of the pitchers could continue to follow suit. With David Robertson and Zach Britton both as free agents, the Yankees will be looking to fill those late-inning holes with the finances they have.

The one thing that works in Brian Cashman’s favor this winter is familiarity. Robertson has been with the Yankees for nine seasons, and Britton was with the team for the final couple of months the 2018 season. In addition to those two pitchers, Andrew Miller was a Yankee in 2015 and 2016.

If Cashman knows more about those three pitchers than most organizations, then it could give him somewhat of an upper hand concerning how far he is willing to go to bring back those three pitchers. New York doesn’t need a closer since they have Aroldis Chapman and those pitchers could be looking to be closers somewhere else.

As for some other bullpen options, former Rockies ’right-handed reliever Adam Ottavino had 13 strikeouts per nine innings last year, and he has appeared in 60 or more games in each of the last two years. Also, the 33-year-old had an ERA under three away from Coors Field a season ago (2.70).

One other veteran to keep an eye on is Joakim Soria. Soria will be 35 in 2019, but he does a good job of keeping opposing hitters from crushing home runs (four home runs allowed in 66 appearances last year).

According to FanGraphs, Soria has had an average velocity of92 miles-per-hour in each of the last four years to go with his slider, curveball, and changeup. Jesse Sanchez of MLB.com tweeted on Monday that the Yankees are one of the teams interested in signing Soria:

Source: The Dbacks, Angels, Yankees, Braves and Reds are among the teams that have shown interest in veteran reliever Joakim Soria. More talks are expected at next week’s Winter Meetings. Soria has been working out near his home in Scottsdale. Check @MLB for updates.

While the Yankees have solid young relievers on the 40-man roster in Jonathan Holder, Stephen Tarpley, and Joe Harvey, is the organization ready for them to pitch in plenty of high volume situations?

Holder was called on to pitch in plenty of jams last year, but New York will probably be looking for veterans that can fortify the back end of the ‘pen. Tarpley showed flashes towards the end of last year and could compete for a spot on the Opening Day roster this spring and Harvey showed enough this past year to get added onto the 40-man-roster. They will play a part in how the Yankees perform this coming season, but it might not be a significant one.

Time will tell as to how the Yankees add another starter and that should still be a priority this week. However, as the relievers start to come off the board, Cashman and company need to find a way to leave Nevada with a quality arm or two as reinforcements in the bullpen.