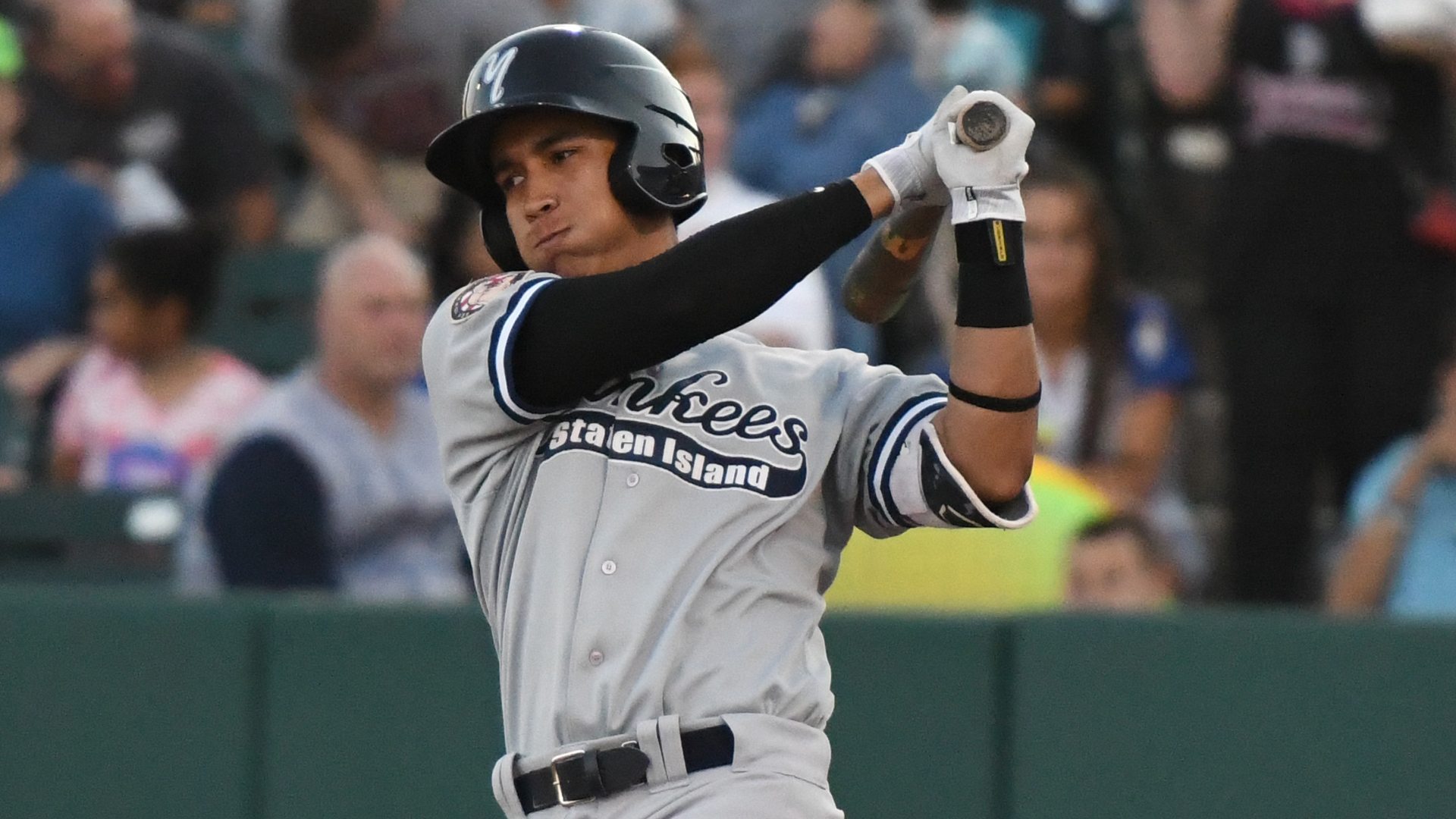 Oswaldo Cabrera accounted for all of the Staten Island Yankees base hits as the Baby Bombers fell to the Hudson Valley Renegades, 6-1.

Cabrera singled twice and scored the only Yankees run.  Wilkerman Garcia walked once while Ryan Krill reached base twice on the base on balls.

The Renegades touched Staten Island starting pitcher Juan De Paula for six runs on seven hits and two walks over 3 2/3 innings in his Yankees debut.  The right-hander threw just 66 pitches in his first start of the season.

David Palladino came in the fourth inning and threw 1 1/3 innings of shutout baseball, allowing just a hit and striking out a batter.  Will Jones followed him with two shutout innings out of the bullpen, before Eduardo Rivera game in to finish the game with two strikeouts in the eighth inning.

The lone Yankees run came in the top of the fourth inning. Oswaldo Cabrera singled to start the inning, moved to second on a passed ball and then to third on a fly out by Timmy Robinson before coming home to score on a ground out by Jason Lopez.

Chris Hess, the Yankees 17th round draft pick made his professional debut in the game as the starting second baseman for the Yankees.

The two teams will meet again in the rubber game of the series on Friday night with Alexander Vargas scheduled to make the start for Staten Island.