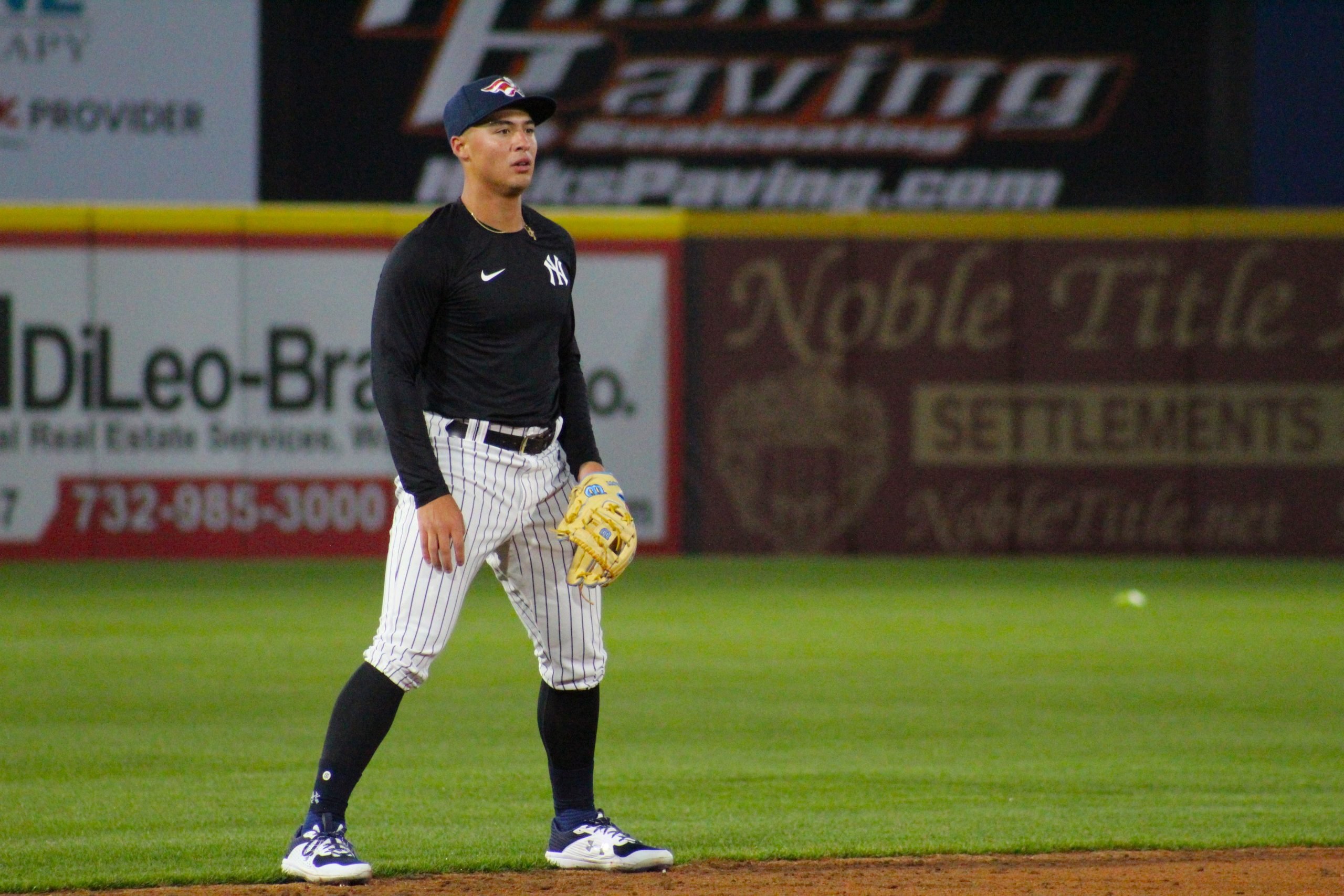 The curtain was pulled back on the 2022 version of the Somerset Patriots on Wednesday afternoon as the team met the media at TD Bank Ballpark followed by a team workout ahead of their season opener on Friday night at Reading. Newly appointed manager Dan Fiorito, a former Yankees prospect in his own right, is excited for the opportunity to take the helm at the upper levels for the first time.

“I feel like we have a special club here,” said Fiorito. “You guys know all about the prospects that we have here right now…it’s awesome for me to be given this roster; it’s going to be a fun year for this group.” 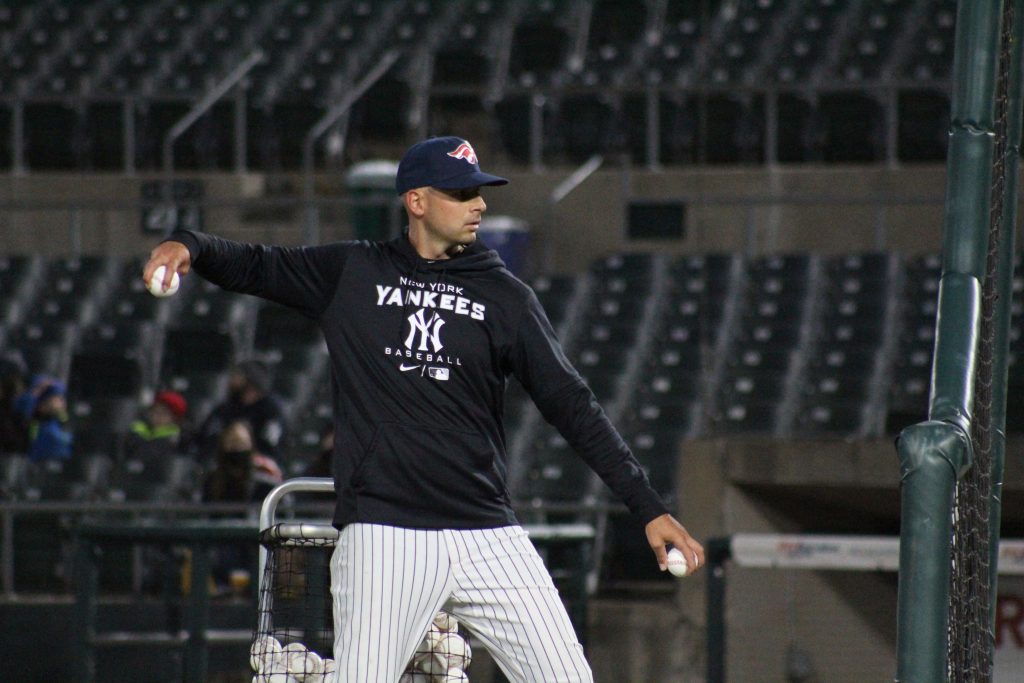 Fiorito announced that right-hander Luis Medina will toe the rubber for the Patriots on Friday night in the opener. He will be followed by southpaw Ken Waldichuk on Saturday and righty Randy Vasquez in the finale on Sunday. That would line up Jhony Brito to start the home opener against Erie on Tuesday evening. Fiorito explained that the back end of the rotation was not yet decided beyond the first four projected starters. Following a lengthy chat with Fiorito, the media was granted time with Anthony Volpe, Ken Waldichuk, Brandon Lockridge, and Elijah Dunham. Highlights and tidbits from those conversations can be found below.

Much of the hype and attention Wednesday was focused towards the organizations top-prospect, Anthony Volpe. The local Delbarton product grew up just 15 minutes north of the ballpark and as the season rapidly approaches, the 20-year old crown jewel is excited for his homecoming in Somerset.

“A lot of family hasn’t seen me the last couple of years because of COVID.” explained Volpe. “It’s exciting for them to finally be able to watch me.”

There has been a lot of outside pressure placed on Volpe because of his meteoric rise in 2021 coupled with the fact that the Yankees chose to sit on the sidelines while the most decorated class of shortstops in a long time signed elsewhere during free agency. I broke that dynamic down is a column a few weeks ago, which you can find here. On Wednesday, I asked Volpe if he paid attention to the Yankees activity throughout the winter and whether or not he took that as a vote of confidence for him moving forward. 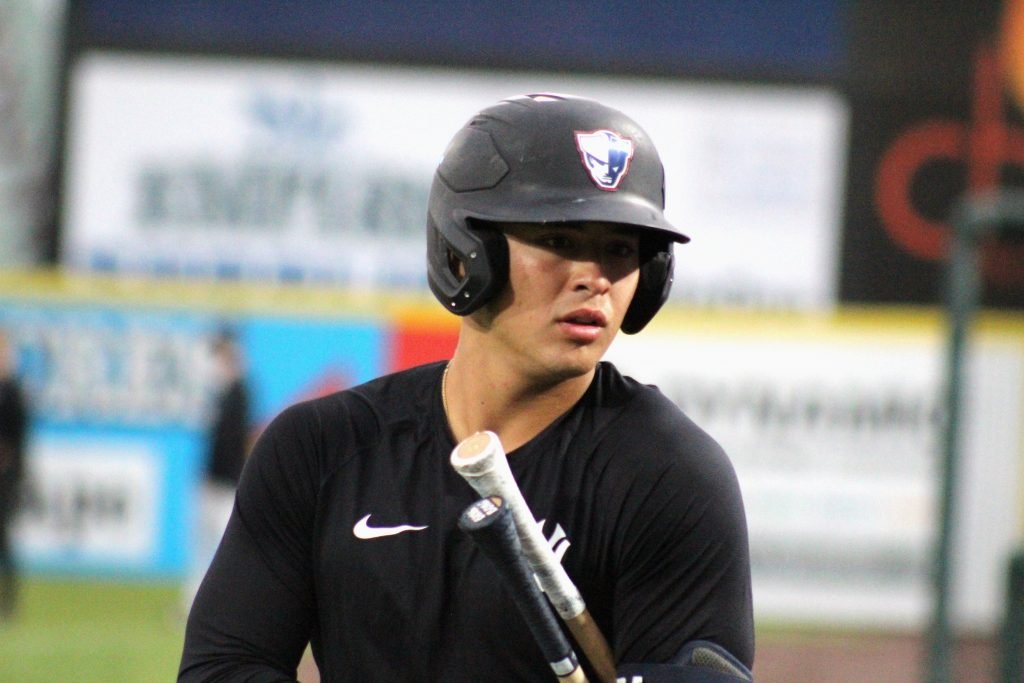 “I didn’t pay too much mind about it in the offseason,” admitted Volpe. “There is a long way for me to go between now and when I want to reach that goal. I don’t want anything to be handed or promised, or anything like that. I’ve got a lot of work to do and I’ve got to prove it; a lot can change between now and then but I am going to work as hard as I can to make that a reality.”

Fiorito said that Volpe figures to slot in as the leadoff hitter in his everyday lineup.

Southpaw Ken Waldichuk posted videogame-like numbers at High-A Hudson Valley before being promoted to Somerset last summer. It was clear that the 24-year old had some growing pains at the level, particularly commanding the strike zone. On Wednesday, Waldichuk spoke about the work he has put in to improve that and how he thinks it will help him in his continued development.

“The biggest thing for me was that I had some mechanical flaws which didn’t let me be too consistent,” explained Waldichuk. “The biggest one was with my front side and just holding it closed longer. My upper body is more simple towards home and there’s not as many moving parts. I feel like my stuff is playing up with these changes; if I’m throwing harder and my stuff is moving more and I’m throwing more strikes, I think I should be in a good position.”

Outfielder Brandon Lockridge was a revelation after a late season promotion to Somerset last summer, slashing .328/.382/.557 with 10 homers, 10 doubles while going 13-of-14 on stolen base attempts in 43 games at Double-A. The 25-year old speedster was left unprotected by the Yankees over the winter and would have been a prime candidate to be selected by another club had Major League Baseball not cancelled the Rule 5 draft following the lengthy lockout. 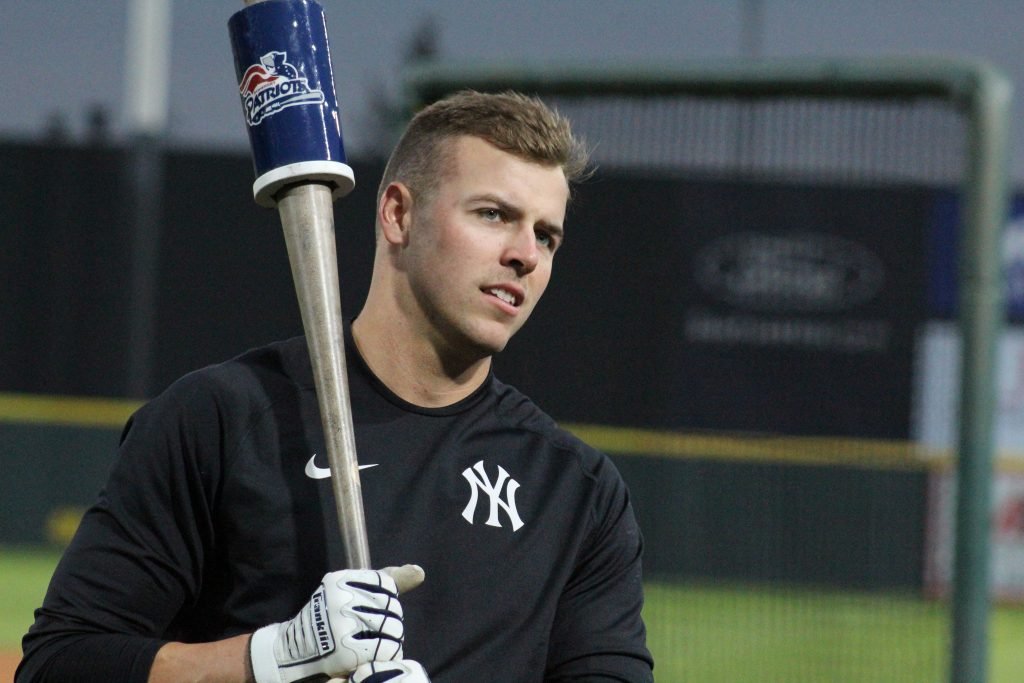 Lockridge said he moved to Tampa during the offseason and worked rigorously with the Yankees staff to be ready for the upcoming campaign, but admitted that being left off the 40-man roster and stuck in limbo most of the winter was a draining situation.

“It was an emotional rollercoaster of an offseason with everything going on,” Lockridge admitted. “I didn’t know what was going to happen. I talked to different people but nobody really knew when this was going to end. Luckily, I had a lot of great mentors with the Yankees and they just said control what you can control. I would have needed to get better every single day whether I would have been Rule 5’d, I would have to be ready from the first day that I got to the next ball club.”

Lockridge added,” I had a feeling that if I stayed with the Yankees that I would be back in Double-A and nothing changes. Got to play well wherever I’m at and here we are.”

Last year, in the limited access that was available because of COVID restrictions, it was obvious that catcher Donny Sands was the big personality that fans would get behind. This season, that guy is most certainly going to be Elijah Dunham. The undrafted free agent is coming off a breakout campaign in 2021 and really garnered attention with an all-star campaign in the Arizona Fall League. Dunham explains that he carries a heavy chip on his shoulder and feels like he has to constantly work hard because of the fact that he was not drafted.

“You can be defined by that,” said Dunham. “You can decide that it didn’t happen and go sulk about it and just blame the world, or you can make a choice and get better and fix what I wasn’t good at. Speed and baserunning was one of them, defense was one of them, and so now I just have that chip on my shoulder to get better every single day and be the best player that I can be.”

“I play kind of emotional,” Dunham said. “I play with a lot of fire and a lot of passion, kind of like the chip on the shoulder that we talked about. Everyday they are going to get a hundred percent, no matter what. I apologize to maybe some fans that are sitting in the front row if something doesn’t go my way, but they are going to get that passion everyday.”

Here are some photos from the teams workout following media availability. 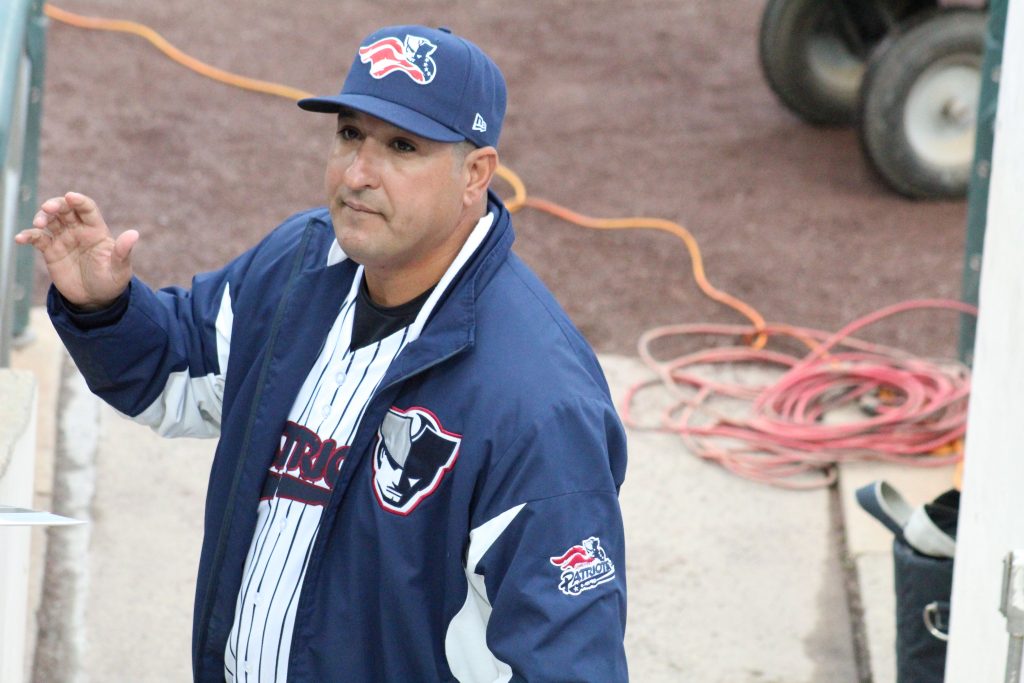 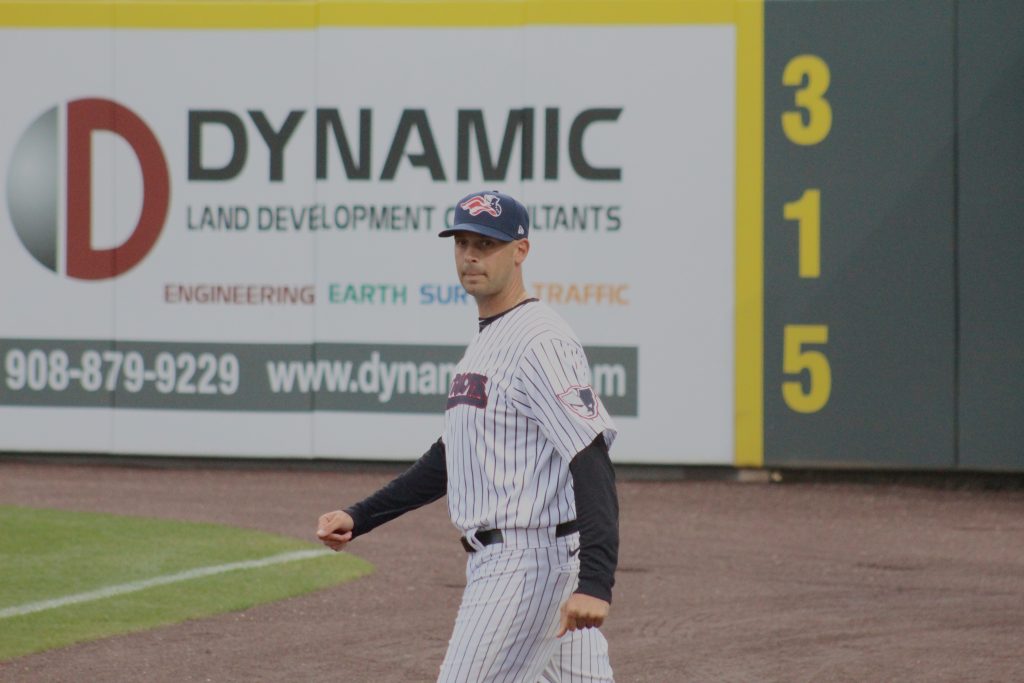 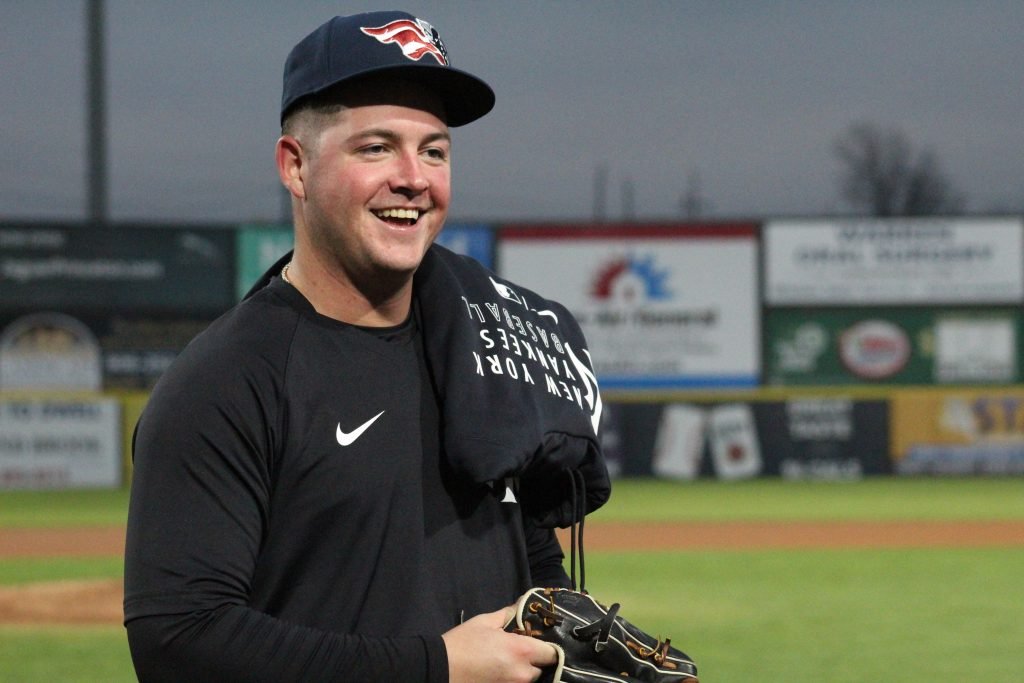 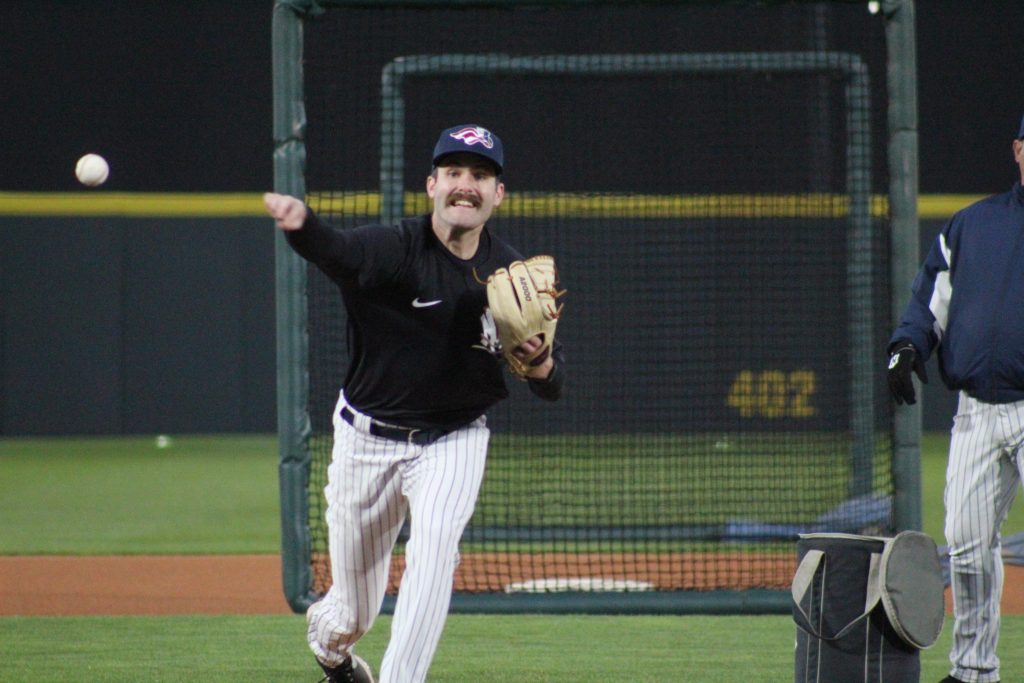 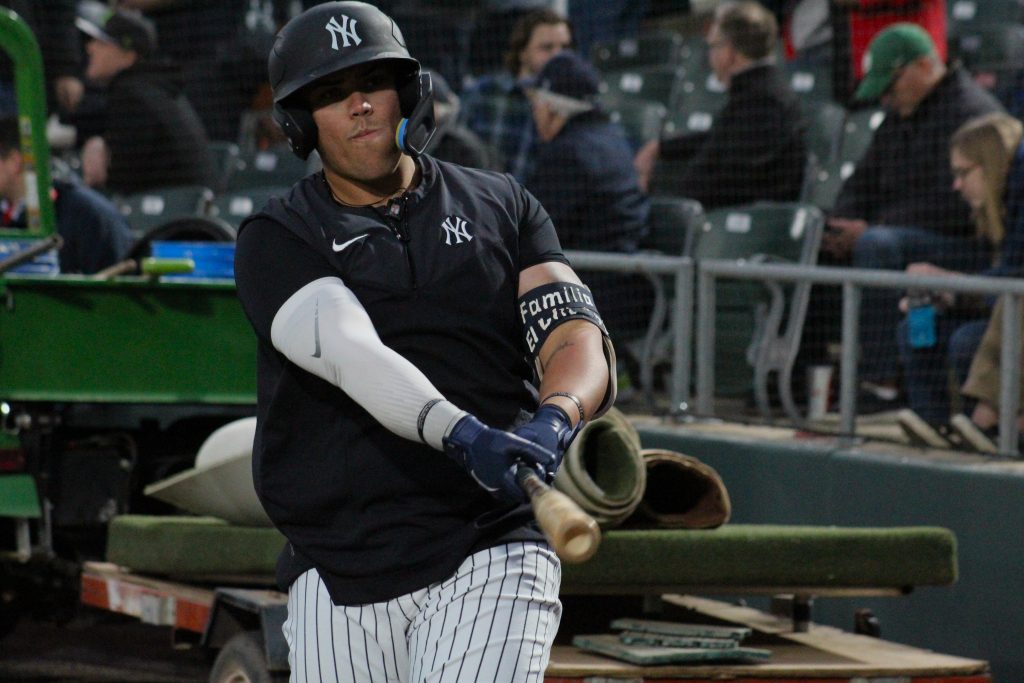 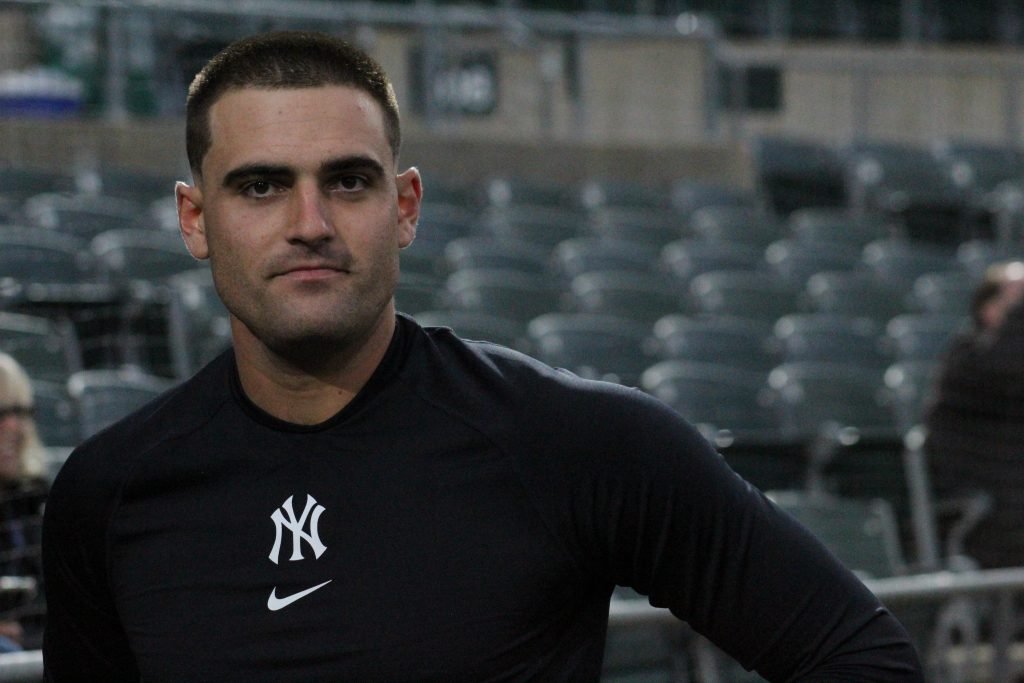 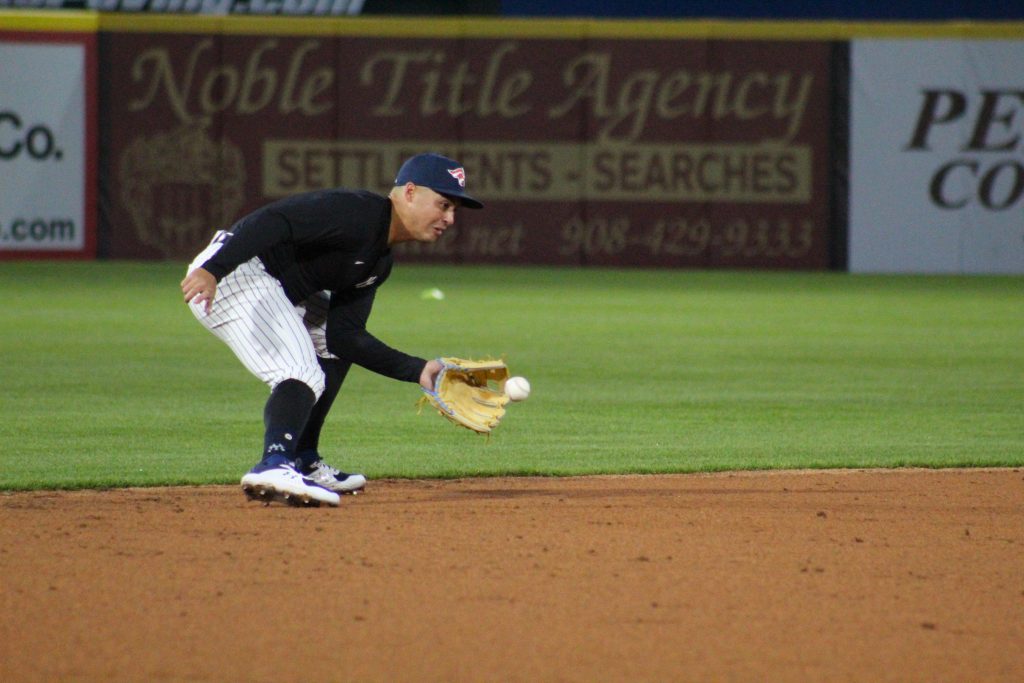 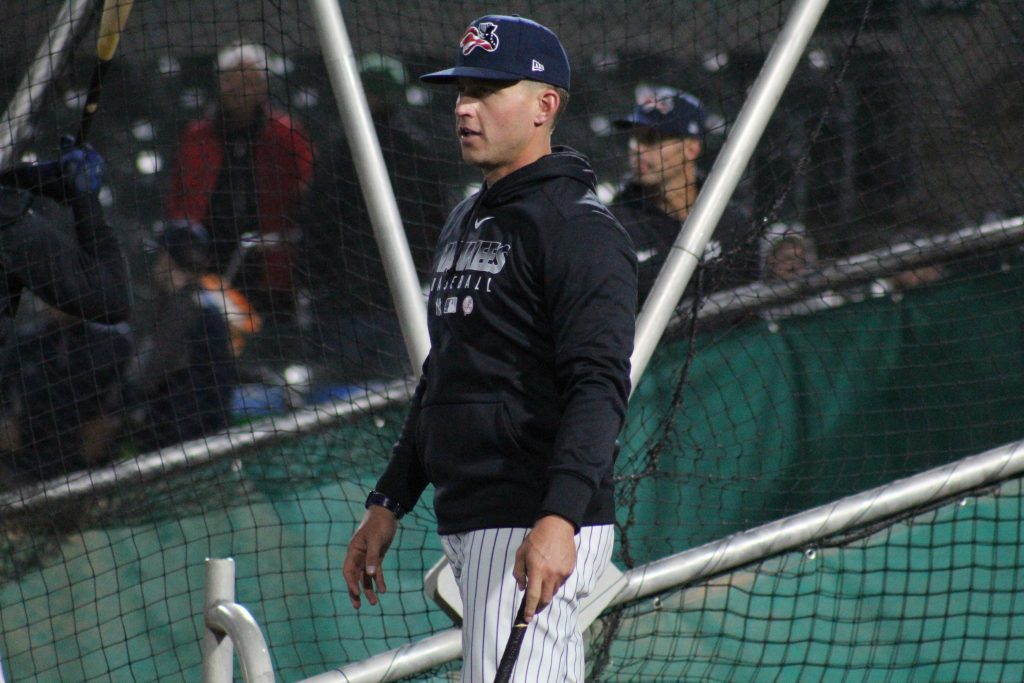 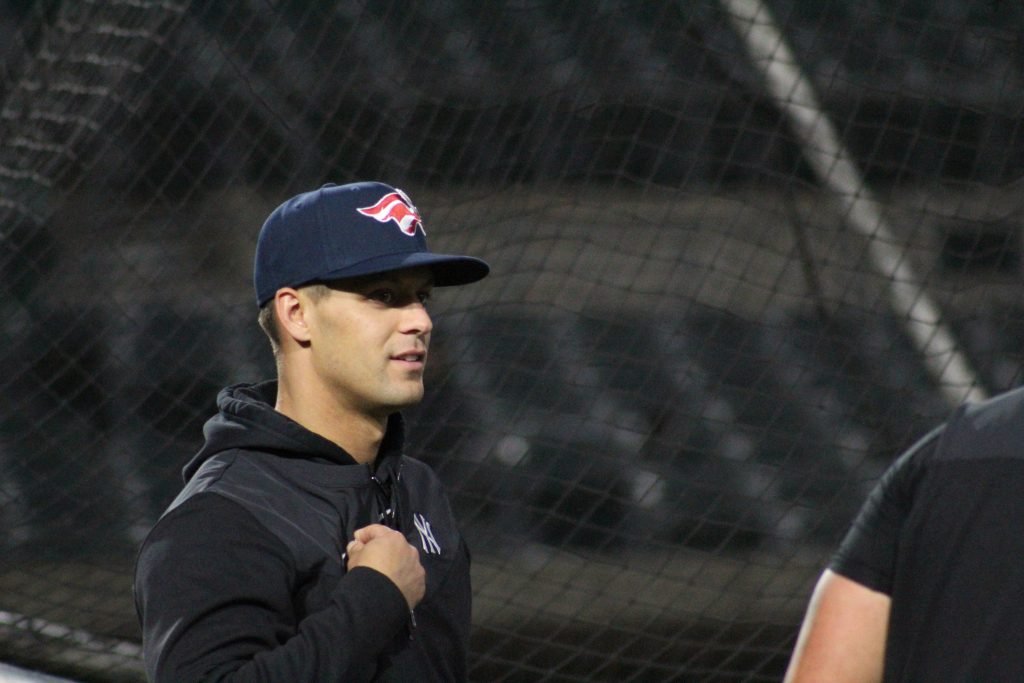