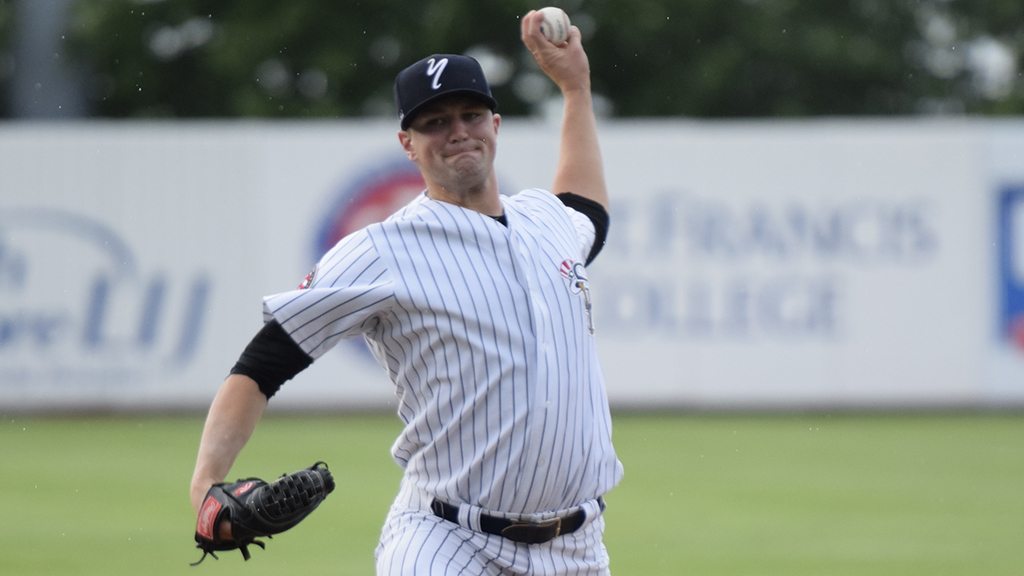 STATEN ISLAND, NY – The Staten Island Yankees took advantage of four State College errors to take the final game of a three-game set and take the series 2-1 at the Richmond County Bank Ballpark.  The Yankees offensively was led by first baseman Jake Hernandez who had 3 singles and a run scored.

Derek Callahan got the start for the Baby Bombers, his third start of the season, and earned the victory, putting together another solid start.  He allowed 3 runs in the game on two homeruns.  The only Spikes player to muster any offense against him was Harrison Bader.  In his 6 innings of work Derek allowed 5 hits and walk while striking out 4 batters.

“He throws strikes, changes speeds, keeps the hitters off balance and gives us a chance to win,” said Yankees manager Pat Osborn, “He has been a very steady piece of that rotation and we look for it to continue.”

The Yankees struck first in the game, playing 4 runs in the bottom of the second inning.  Brandon Wagner started it off with a walk, moved to second on a Jake Hernandez single.  Zack Zehner then walked to load the bases.  After a pitching change Junior Valera reached base on a throwing error by the pitcher that cleared the bases and moved Valera to third base.  Jeff Hendrix then walked before Kyle Holder hit a sacrifice fly to center field to give Staten Island the 4-0 lead.

Luis Cedeno pitched the final 3 innings of the game for the Yankees, allowing 3 hits and a walk while striking out 3 batters.