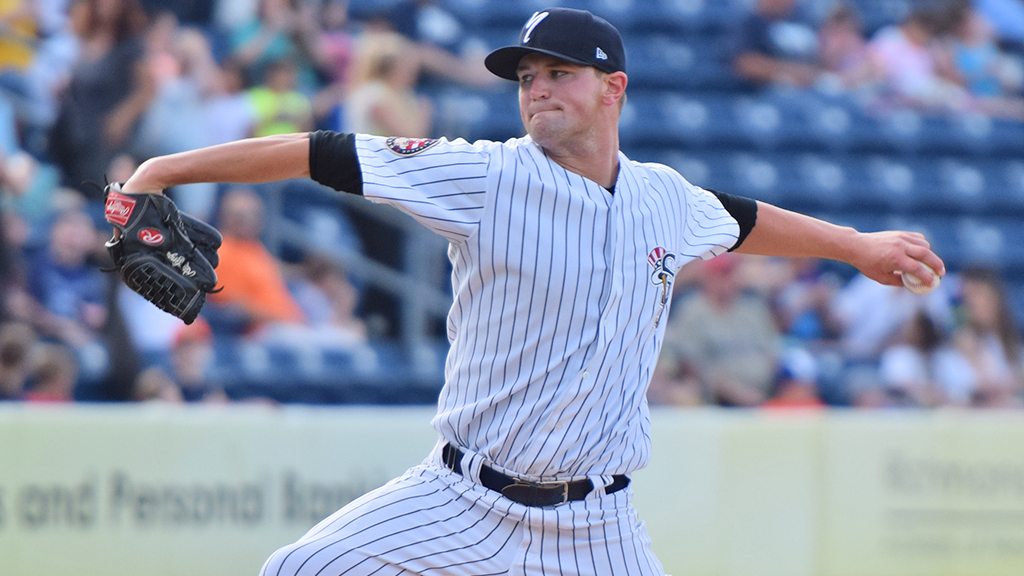 NORWICH, CT – The Staten Island are now in a three-way tie for the first place in the NY-Penn League’s McNamara Division thanks to sweep of the Connecticut Tigers on the back of a strong start by left-hander Derek Callahan and the third homerun of the year for Jhalan Jackson.

Callahan threw 62 pitches over five shutout innings of work, allowing just one hit and a walk.

Staten Island jumped out to the lead in the top of the second inning. Griffin Gordon singled to start the inning before moving to second on a walk to Jhalan Jackson and scored on a single to right by Drew Bridges. Jackson went to third and Bridges moved to second on the throw. Jake Hernandez grounded out to the shortstop to plate Jhalan. Kevin Alexander then grounded out to first base to move Bridges to third. A line drive single to left by Jeff Hendrix scored Bridges and gave the Yankees a 3-0 lead.

The Yankees would add on four runs in the top of the third inning. Brandon Wagner and Thairo Estrada hit back-to-back singles to start the inning and after a fly out by Griffin Gordon, Yankees slugger Jhalan Jackson homered on a fly ballot left center field for 3 RBIIs. Drew Bridges and Jake Hernandez then singled back-to-back before Kevin Alexander walked to load the baes for Jeff Hendrix. Hendrix hit a sacrifice fly to center field to bring home Drew Bridges.

Kolton Mahoney came in the game in the sixth inning for Staten Island and allowed 4 runs, 2 earned, on 3 hits and a walk while striking out 2. He was pulled after just 2/3 of an inning for Mark Seyler who struck out 1 batter over 1.1 innings of work and his first save of the year.

Tomorrow night the Staten Island Yankees travel to Troy, NY to take on the Tri-City Valley Cats. Right-hander Luis Cedeno is expected to make the start for the Baby Bombers.