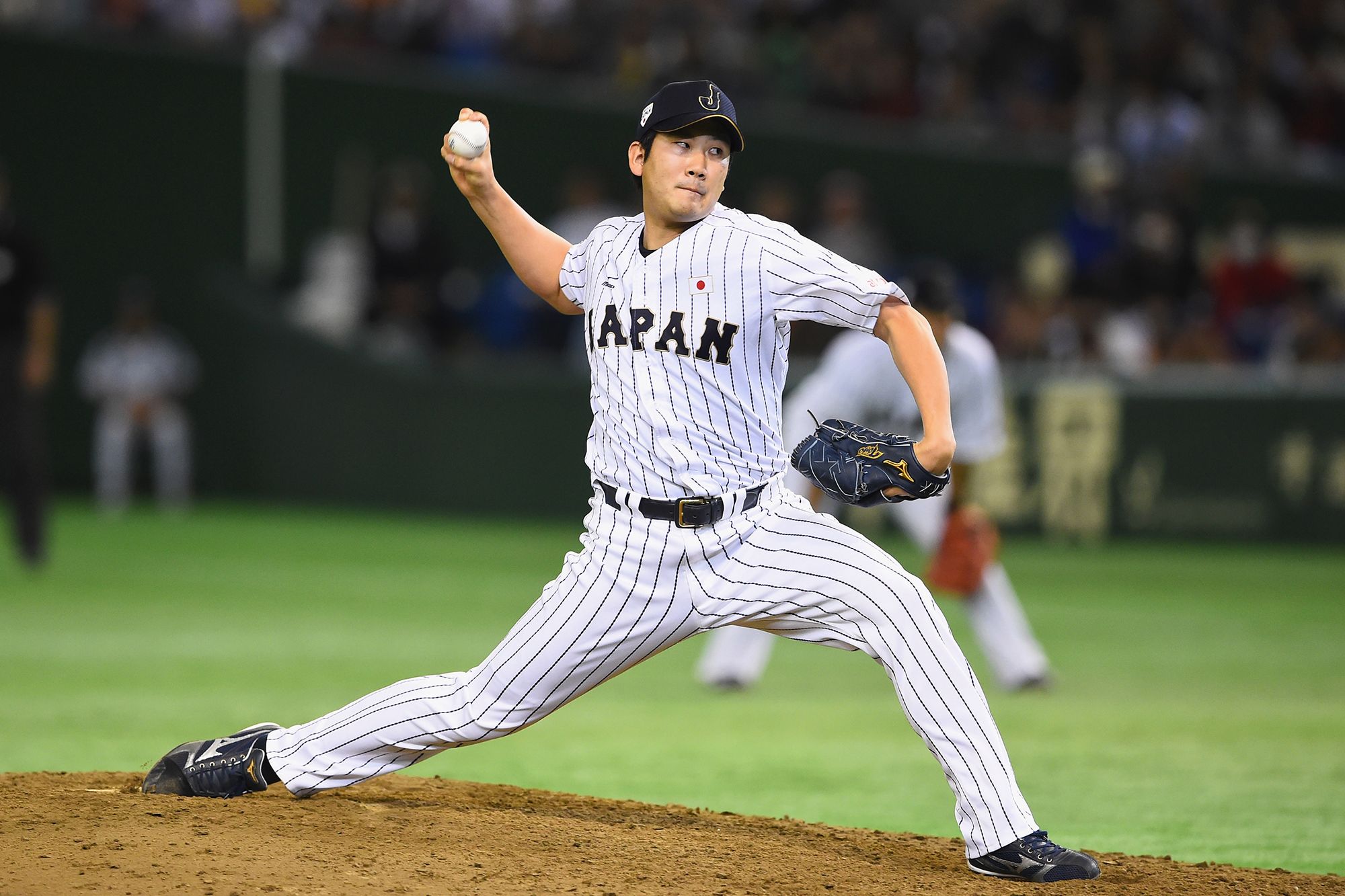 When it comes to Free Agent pitchers this offseason, the cream of the crop has been Trevor Bauer. But there is another name that has emerged recently, and he comes from Japan; Tomoyuki Sugano. The 31-year-old right-handed pitcher was posted by the Yomiuri Giants on December 7th. Outside of Bauer, Sugano might be one of the best free agent starting pitching options on the market. He’s at least now the one with the second most buzz.

He gained some notoriety amongst American circles with his performance against the US in the 2017 World Baseball Classic Semifinals. “Tonight, the starting pitcher for Japan, he’s a big league pitcher,” Jim Leyland said after the game. “He’s good. I mean, I was really impressed with him.” In that game, Sugano struck out six batters in six innings without allowing an earned run.

Even former Yankees infielder Zealous Wheeler had kind words to impart on Sugano. He said in an interview with MLB.com, “He’s a crafty, smart, excellent pitcher with multiple plus-plus pitches…He should translate very well to MLB. He’s hard-working and gets along well with his teammates, both Japanese and foreign players.” Wheeler played again Sugano in Japan for some time.

At 31 years old, Sugano is not the youngest free agent. He also doesn’t have a career devoid of injuries. Sugano reportedly suffered from ligament damage in his right elbow in 2014, part of the reason that his fastball sits in the low 90’s. He also dealt with back injuries for all of 2019, which led to his worst season as a professional baseball player when he allowed a 3.89 ERA in 136.1 Innings Pitched.

He does not have a plus fastball, but he does have some very impressive off-speed pitches, especially his slider. You can see an example of his nasty slider in this video.

Here’s the same pitch, but to a left-handed hitter. Outside of this slider, regardless of how impressive it may be, Sugano is not a top of the rotation starter. In all likelihood, any team that adds him will be hoping to slot him into the middle of the rotation. For the Yankees, signing Sugano may only make sense if they decide to fully part ways with Tanaka. I think between those two it will come down to price, and I don’t think any team should over pay for Sugano.

Sugano will receive 20% of his NPB contract on top of whatever salary he receives from an MLB team. While Sugano has posted good numbers in the NPB, he still has a sub-par fastball and is prone to giving up a lot of hits. He has allowed 7.6 H/9 in his career. Moreover, just once in his career has he averaged more than a strikeout per inning.

Perhaps the most intriguing aspect of Sugano’s game is his overall command and ability (at least in the NPB) to limit the long ball. It’s unclear if he’ll be able to replicate that in the MLB, especially at Yankee Stadium. Nonetheless it has been by far one of his more impressive traits as a pitcher.

Sugano will likely get anywhere in the range of $10-15 million per year over three years. It’s of course a mystery what the Yankees will do to sure up the starting rotation. But there’s certainly a chance that Sugano is brought on board to help.