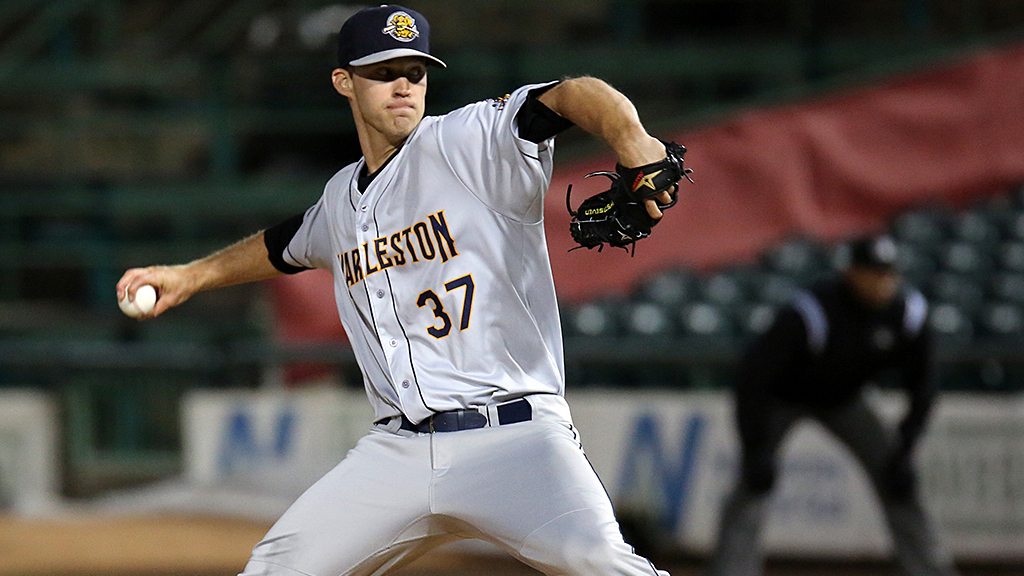 CHARLESTON, SC – Cody Carroll dazzled out of the bullpen in four innings of relief, and a Columbia error in the eighth would put the winning run across as the Charleston RiverDogs defeated the Columbia Fireflies, 2-1, Friday night in front of 3,779 at Joseph P. Riley, Jr. Park.

In the bottom of the eighth inning and a 1-1 tie, Angel Aguilar occupied first base after a two-out walk.  Jackson stood in with another late-inning clutch opportunity, as the Charleston RiverDogs (26-14) right fielder hit a ground ball to the extreme hole at third directly behind the bag, beating the throw from J.C. Rodriguez. The throw then got away into right field and Aguilar was able to score on the play from first, giving Charleston the 2-1 lead heading into the ninth.

Cody Carroll (2-1) left the Columbia Fireflies (20-21) in the dark as he struck out the side in the ninth to secure the Charleston win. With a tie ball game moving into the bottom of the sixth inning, Carroll got the call from the bullpen, relieving Simon De la Rosa, Charleston’s starter.  Carroll then took command of the strike zone and ultimately the game as the 6’5” right-hander finished the final four frames without yielding a hit and striking out seven Fireflies en route to his second win of the season.

In the bottom of the third inning, Charleston took the 1-0 lead off of a Kendall Coleman single to left field.  With two away, Audie Afenir and Leonardo Molina zipped back-to-back singles up the middle to put runners on the corners for Coleman.  The RiverDogs left fielder then delivered the RBI single off of Tyler Badamo (0-1) to right that scored Afenir.

Columbia got back even with the RiverDogs in the top of the fifth inning, as Kevin Kaczmarski led off the rally by reaching on a one-out error by RiverDogs first baseman Chris Gittens. Vinny Siena followed with a double to right-center, scoring Kaczmarski easily to tie the game at one run each.

Thairo Estrada and Kyle Holder extended their hitting steaks for individual season-highs to seven games. Molina extended his to six.

Charleston still remains atop of the South Atlantic League Southern Division with a 6.5 game lead over the Fireflies.

The Charleston RiverDogs shot off Friday Night Fireworks presented by Home Telecom, starting the weekend off with a bang, and with a RiverDog victory.

The RiverDogs will be back Saturday night for the third contest against the Columbia Fireflies in a four game series as RHP Yefrey Ramirez (1-0, 1.35) will toe the rubber for Charleston, facing RHP Joe Shaw (2-2, 3.00) of the Fireflies.  Arrive early to get your player autographs on the concourse and stay late for the fourth “Saturday Live at The Joe” presented by Star 99.7. The RiverDogs continue the Saturday series as we crank up a dinger postgame event with live batting practice on the field. Do you have what it takes to hit a home run out of the park? Give it your best shot because if you do, you will win two tickets to every RiverDogs game for the rest of the season.