Cave Continues to Perform in Triple-A 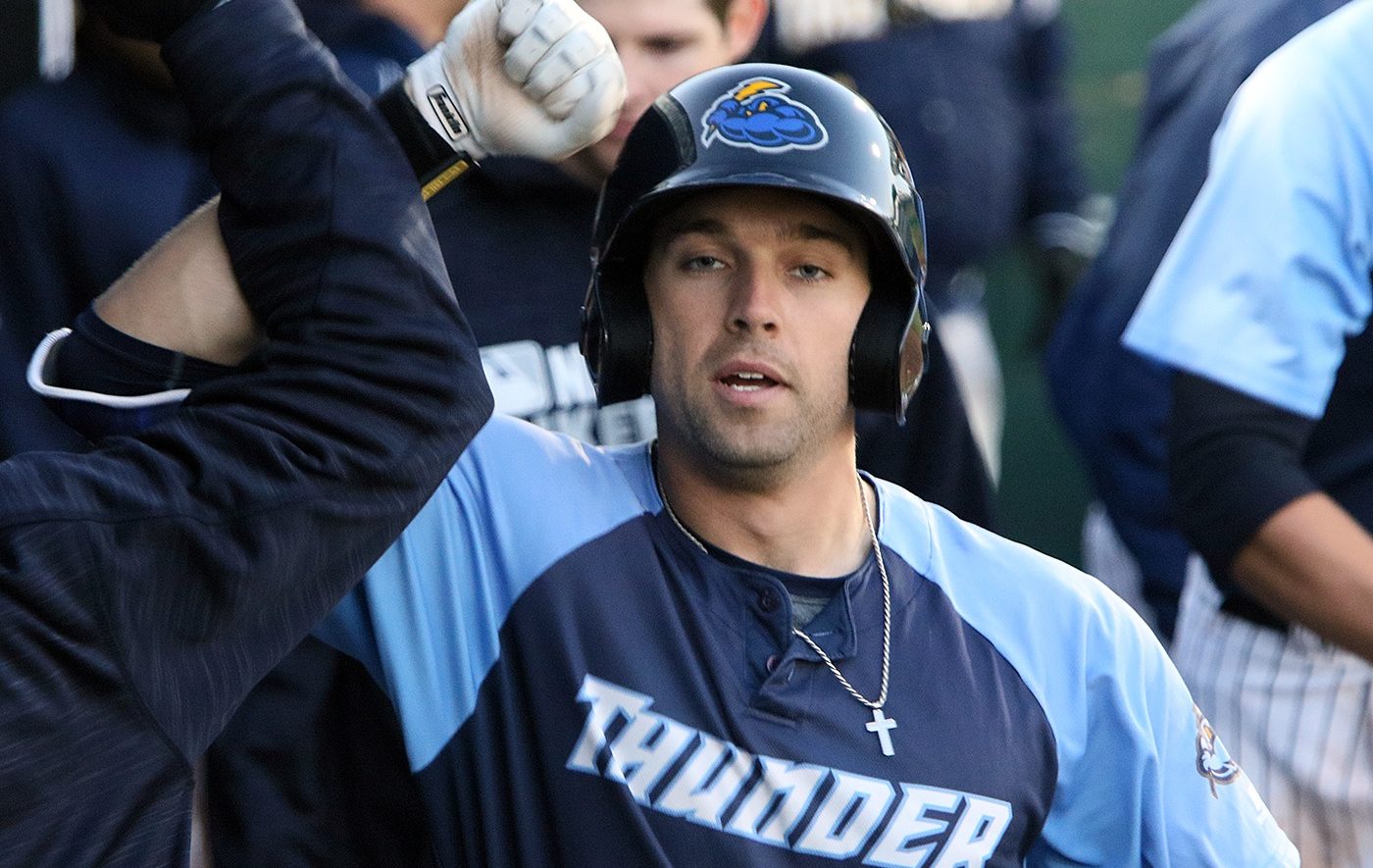 MOOSIC, PA – The SWB RailRiders (Triple-A/New York Yankees) upended the Indianapolis Indians 4-2 on Friday night at PNC Field by scoring three runs in the eighth. The victory lifted the RailRiders to 19-17 while dropping the Indians to 17-16.

James Pazos (2-1) took home the win thanks to the late-inning heroics and Mark Montgomery got the final two outs for his first save with the RailRiders this year. Guide Knudson (1-2) was stuck with the loss after his two inherited runners scored.

The game featured strong starts on both sides. Luis Cessa earned his first quality start with SWB by limiting the Indians to a run on two hits across a season-best six innings. His six strikeouts also marked a new high for the year. Frank Duncan one-hit the RailRiders through six innings in his Triple-A debut with Indianapolis.

Trailing 1-0 in the seventh, the RailRiders went to work against the Indianpolis bullpen. Jake Cave reached on a fielder’s choice following a hit by Donovan Solano in the seventh. With two out, Nick Swisher launched a double to the left field wall off reliever Kelvin Marte. Cave raced around to score and tied the game 1-1.

Indianapolis reclaimed the lead 2-1 in the eighth on a single by Jason Rogers, but the combined efforts of Knudson and Rob Scahill could not contain SWB. Deibinson Romero worked a lead off walk and was lifted for pinch runner Pete Kozma. With one away, Jonathan Diaz drew a base on balls to set the table for Ben Gamel.

After a pitching change brought in Scahill, Gamel stroked a double to left, plating Kozma. Solano reached on a fielder’s choice that loaded the bases. Cave capped the rally with a two-run single to left.

Rob Refsnyder finished the night 0-for-4, snapping his 16-game hitting streak and his 20-game on-base streak.