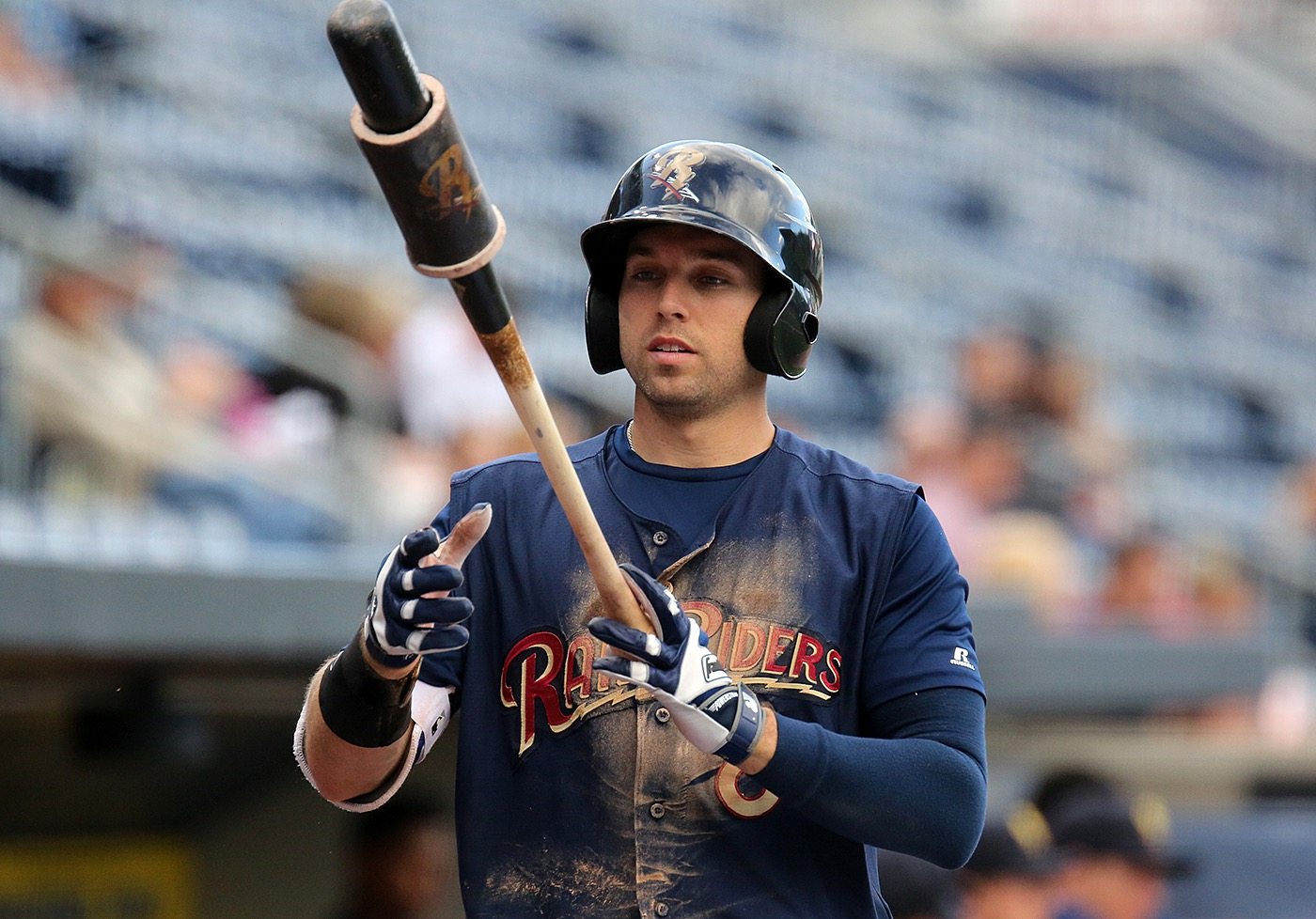 TOLEDO, OH – The SWB RailRiders (Triple-A/New York Yankees) hung seven runs on the board in the middle innings and clubbed the Toledo Mud Hens (Detroit Tigers) at Fifth Third Field on Wednesday night, 7-3. The RailRiders (39-28) improved to a season-high 11 games above .500 with their season-best sixth straight road win. The club has scored 55 runs in beginning this road trip 6-0. The Mud Hens (28-37) have lost seven of eight and 10 of 13.

A familiar recipe saw SWB wear out the opposing starter. Fill-in man Dustin Molleken (1-3) needed 86 pitches (46 strikes) to labor through three-plus innings. He was chased in a fourth frame that saw Tyler Austin reach on a leadoff walk before Jake Cave bashed a home run to right off the roof of a three-story building.

During that time former Mud Hen Luis Cessa twirled five innings of scoreless, two-hit ball on 63 pitches (41 strikes). Cessa (1-0) faced just one over the minimum and struck out three en route to his first win as a RailRider.

Toledo plated a pair in the seventh off another former Mud Hen, Phil Coke, when JaCoby Jones notched a leadoff triple and Steven Moya followed with his league-high-tying 13th home run. Miguel Gonzalez pushed the final tally home in the ninth with a sac fly.

Ben Gamel went 3-for-5 with a run scored. He also picked up his fourth outfield assist when he helped nail Dixon Machado attempting to leg out a triple in the fourth inning. Over his last 20 games, Gamel has gone 33-for-83 (.398).

Toledo employed the services of six different hurlers on a bullpen day. Scheduled starter Buck Farmer was called up by Detroit on Tuesday.

Eight of the nine men in SWB’s lineup posted a base hit. The lone exception, Jonathan Diaz, walked three times.

The RailRiders worked seven walks for the fourth straight game.

SWB has homered in a season-best six straight games.

The RailRiders posted their IL-best 22nd road win. At 22-12 away from PNC Field, the club is on pace to win 47 games away from NEPA. That would break the franchise record of 45 set by the Marc Bombard’s 2002 Red Barons who won 91 games with players like Chase Utley, Marlon Byrd, Brett Myers and Joe Roa.

SWB has won its series at Toledo in consecutive years for the first time as the Yankees’ Triple-A affiliate.