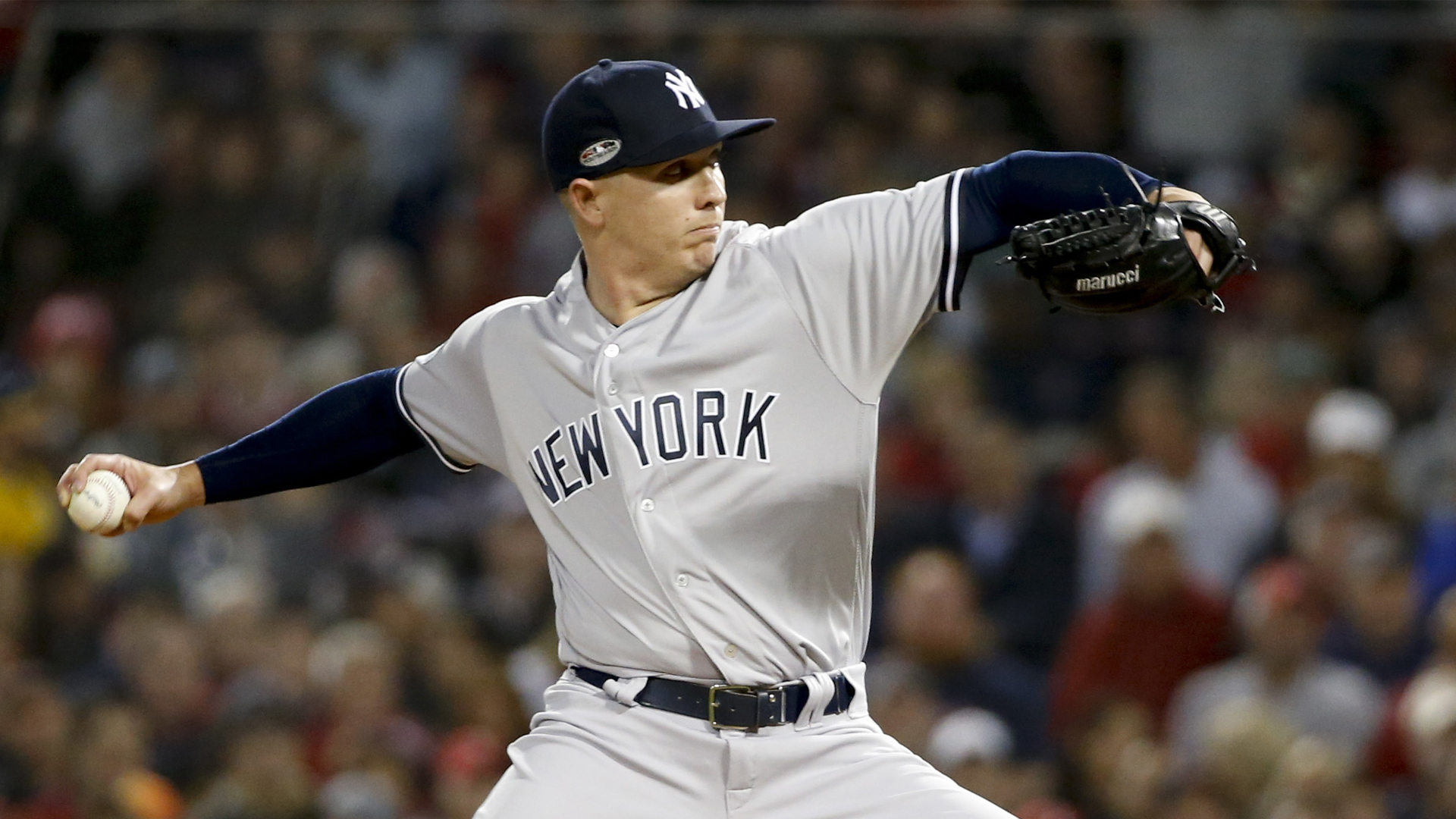 Lost in the avalanche of early season injuries in 2019 has been the head-scratching struggles of Chad Green. Green, who joined the Yankees on the MLB level in 2016, has established himself as a centerpiece of their vaunted bullpen. He recorded a 1.83 ERA in 69 innings pitched in 2017. He followed that up with yet another great year in 2018 where he recorded a 2.50 ERA in 75.2 innings. Coming into 2019, more of the same was the expectation. His tough start to 2019, however, has left much to be desired. 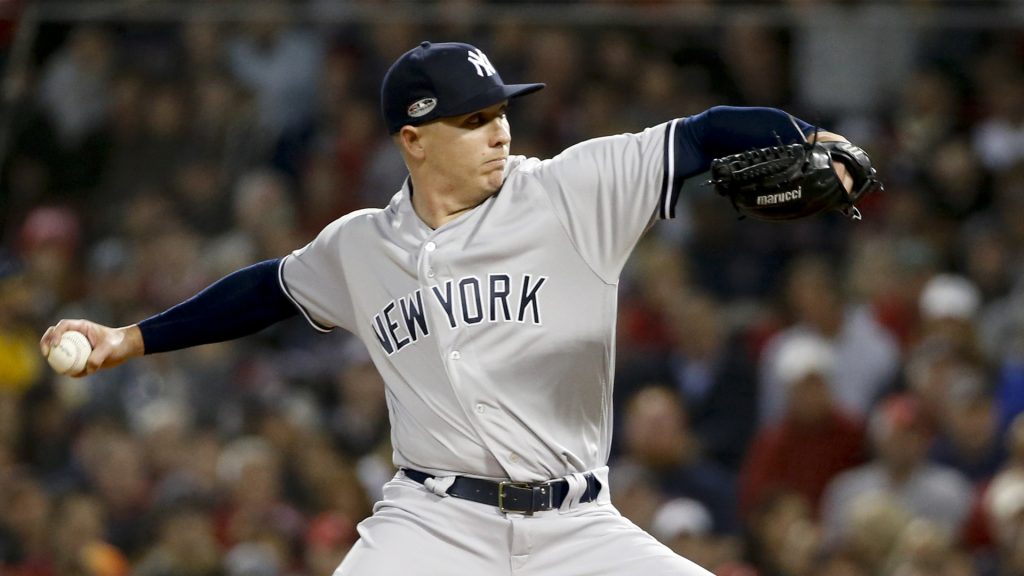 In trying to find some silver lining in Green’s early struggles, one of them is that his fastball spin has not changed drastically. It was 2,444 in 2018 and is 2,434 early this season. If there were any glaring changes there then there would be cause for concern, but for now it seems the dip in his fastball velocity isn’t due to a lack in its spin.

Green has definitely had his bad outings, but he has sprinkled in some solid outings along the way. He has three appearances of one inning where he did not allow a run. He did allow a hit in two of those three outings though. One of his worst outings came on April 12th against the White Sox at Yankee Stadium. He gave up two home runs and only recorded one out. The silver lining is that it was pouring rain that night. Here’s a clip of one of the home runs that he gave up in that torrential downpour, courtesy of Baseball Savant. For me at least, it seems like he was having difficulty gripping and thus locating the fastball. It’s a bit of a stretch, but I do think that the April weather has negatively effected his velocity.

What to Watch For

It’s hard to truly understand Green’s struggles. But right now hitters seem way too prepared for his fastball. It doesn’t help that his velocity has dipped a little bit. Perhaps warmer days ahead will be his saving grace. If the struggles continue throughout the summer, though, then it might be time for some serious re-thinking. After all, Green has not really developed an ultra-effective secondary pitch.

What we do know about his slider and split-finger to this point is this, though. He has thrown 12 split-finger fastballs this season, just one has led to a base-hit. On his slider, which he uses 20.6% of the time, he has also just given up just one base hit. So perhaps with his depleted fastball, we will see Green continue to mix his pitches more. His split-finger actually looks decent and acts as a changeup. Here’s a good example, also courtesy of Baseball Savant. The quick arm movement compliments the pitch fairly well. So, as the season progresses, don’t be surprised if you see Green use his offspeed stuff more than usual. With a fastball that he appears to be losing, those secondary pitches will become ever-more important.