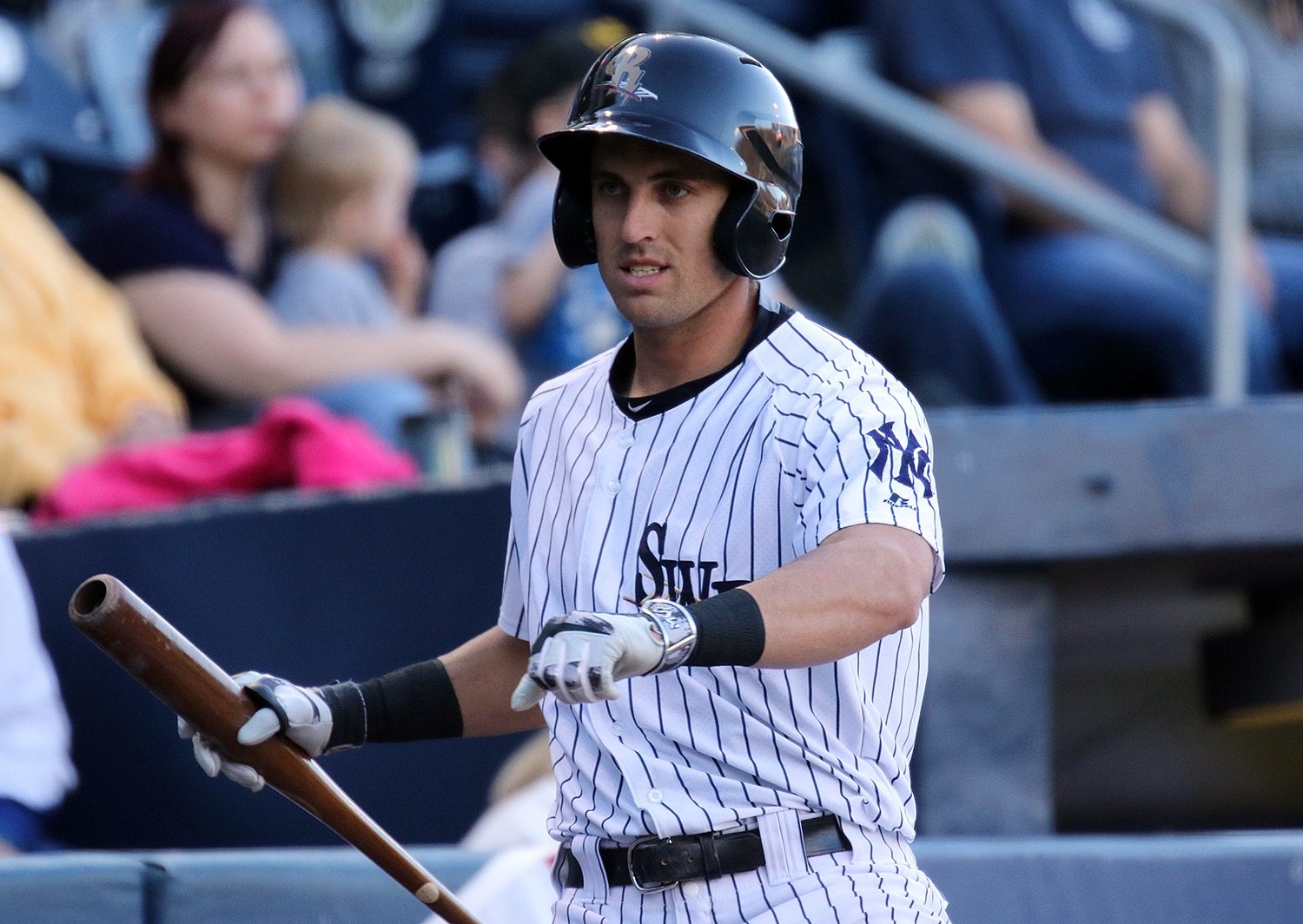 Lane Adams. who started the season in Trenton, had three hits in Sunday's RailRiders loss. (Photo by Martin Griff.

SYRACUSE, N.Y.- A five-run first proved too much to overcome as the SWB RailRiders (Triple-A/New York Yankees) fell to the Syracuse Chiefs (Washington Nationals) at NBT Bank Stadium on Sunday afternoon, 7-4. SWB (8-9) hit into five double plays for its fifth straight loss. Syracuse (9-8) notched its first-ever sweep of SWB during the Yankees era in a series of three or more games. The Chiefs entered the series with losses in seven of nine.

Syracuse starter Aaron Laffey (2-0) got the win with five innings of two-run ball. Nick Massett faced the minimum in a scoreless ninth for his second save.

The RailRiders return home for a three-game renewal of the IronRail Series against the Lehigh Valley IronPigs (Philadelphia Phillies) on Monday at 6:35 p.m. Right-hander Anthony Swarzak (0-2, 6.92) gets the ball for SWB against fellow righty Jake Thompson (1-2, 5.14). The $1 Monday promotion features $1 lawn seats (walk-up only), $1 hot dogs and canine dogs will be allowed entrance for just $1. For tickets or more information, please call 570-969-BALL (2255) or visit swbrailriders.com.

Donovan Solano filled in as the leadoff hitter and went 2-for-4 with a double and two RBIs.

Jose Rosario went 3-for-4 with a double and two runs scored in his first Triple-A game of the season. He went 4-for-17 in six games played with last year’s RailRiders. Rosario also notched an outfield assist when he nabbed Kevin Keyes at home plate in the sixth.

Lane Adams doubled on a 3-for-4 day with an RBI and a run scored.

The RailRiders have lost five in a row for the first time since a six-game skid from June 25-July 1, 2015. Last year’s rough run began with a record-setting home loss to Louisville, 15-2.

After their 5-3 defeat of Pawtucket at McCoy Stadium on Sunday, the Lehigh Valley IronPigs will come to PNC Field as the first-place team in the IL North. The ‘Pigs had not been in first place since 2012.